Croatia: the attack against journalist Ante Tomić and the disconcerting reaction of the Minister of Culture 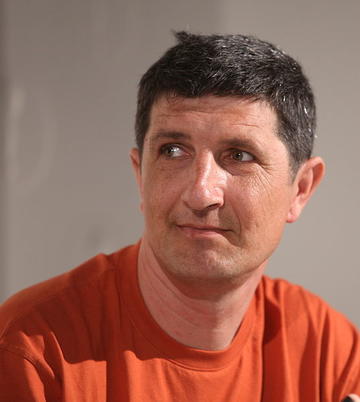 After the attack against journalist Ante Tomić, the controversial reaction by the Minister of Culture sparks concern in Croatia as the Minister recalls the “responsibility for words spoken and written in public”

The questioning of press freedom in Croatia continues. After blocking the funds for non-profit media, followed by changes imposed at the top of public television, this time under attack is the principle of freedom of opinion following the aggression against the journalist and writer Ante Tomić.

Tomić, collaborator of national daily newspapers Slobodna Dalmacija and Jutarnji List known for his satirical style, was a ssaulted in Split on 31st March as he walked away with two friends from the festival “Pričigin”. According to the reconstruction provided by witnesses, the assailants tried to hit the journalist while calling him "Yugoslav scum".

While the perpetrators of the aggression have been identified and arrested, the declaration of the Minister of Culture commenting on the incident for Nova TV sparks debate. After expressing general condemnation of any attack against "a citizen," Hasanbegović recalled "the importance of being responsible for words spoken and written in public".

The statement provoked strong reactions by Croatian national press, as it seems to legitimize the reasons of the assailants. Newspapers such as Jutarnji List and telegram.hr comment the incident as symptomatic of the climate of intimidation against media in the country. According to Jutarnji List , in order to understand the causes of the attack against Tomić last Thursday, one would have to consider the social atmosphere of Croatia since 2014, "which is based on the culture of the comments on the Internet, the right-wing fanzines, the local priest's sermons…A cultural paradigm that became dominant in the last months, according to which Tomić would be himself responsible for the attack he suffered, as he would have provoked it through his words. This is also the opinion expressed by the Minister in his reaction. "

Concern for the episode was also voiced by the European Federation of Journalists , which defines the statement by Hasanbegović "not only rude and scandalous, but dangerous." In response to the generalized pressures to media damage, registered in Croatia in recent months, EFJ submitted on March 16th a petition to the Council of Europe in which attention is drawn on Attacks on the Independence of Croatian Public Broadcaster and Broadcast Regulator .