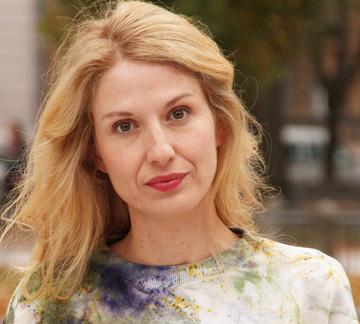 An interview to Barbara Matejcic, freelance journalist in Croatia

I'm usually surprised whenever Croatia is among best countries in any practice except sports, but with the success of the law on access to public information I wasn't surprised just because I have already known it. A year ago some similar ranking on FOI among EU countries were presented and Croatia was very high also. But to be true, it's unusual that our bureaucracy and judiciary function that well.

It really works. Thanks to that law we have access to many data we didn't have before. Journalists started to use the law and institutions got used to it. But I can't say it raised the level of general transparency in the society, it only functions under the pressure or obligation of the law. If you ask for the data, you'll probably get it, but otherwise the public sector still likes to hide all they can.

The most efficient mechanism in such a cases is ex Zagreb Law School lecturer Anamarija Musa, Croatia's first Information Commissioner (since 2013, when the law was adopted after a decade of advocacy, public campaigns, research, law amendments and public discussions). When public authority denies access or does not decide on the applicant’s request within the prescribed period (30 days), you can file an appeal against the decision to the Information Commissioner. Ms Musa is a great law expert and she is very supportive of the FOI as a corruption prevention mechanism among officials and civil servants. She uses the full FOI potential and decides in the public interest, so most of the requests get her support. I would say that a dedicated and competent commissioner is the key for successful implementation of the law.

The law is not controversial, but there are two obstacles in implementation of the law: the Information Commissioner's office is too small and its budget is very modest. There are not enough employees who would deal with many complaints, so they are not as efficient as they could be. They are also limited in monitoring the law and educating public servants which are among obligations of the office. The authorities try to justify it by austerity measures, but I would say that the Information Commissioner's office is an unwanted child. Luckily, very successful against all odds.