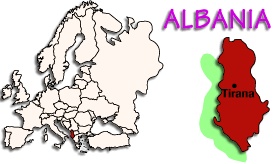 Following a successful running of the government that took the ruling Socialists to the second election win last year Deputy Prime Minister and Minister of Foreign Affairs is trying to unite the whole Albanian democratic forces in a common foreign policy.

In mid-October Meta convened ten non-governmental organisations committed in the sphere of the research of the international relations to discuss its future. Moreover the minister also signed a Memorandum of Understanding between the ministry of foreign affairs and the NGOs.

The memorandum was also open to other NGOs and institutions that would express such an interest on Albania's foreign policy.

Albania at the moment has been committed in two directions in its integration efforts to the democratic world. One is the integration into the European Union and the other at NATO.

Concerning the EU integration Albania at last got the approval from Brussels. Foreign ministers of the EU member countries gave the green light to its European Commission to start the Stabilisation and Association Agreement negotiations with Albania. That is the first step. That still does not mean they have started the negotiations. It is up to the European Commission to decide on that. And the negotiations to sign such an agreement may take a long time during which the country has to comply with many EU standard requirements. It is very likely, however, that such negotiations may start within this year.

On the other side the government of Prime Minister Fatos Nano has pledged to deepen its reforms in all the institutions. He asked for the support of all the administration, and individual Albanians in such an effort.

The EU had postponed such a confirmation for more than a year due to the lack of stable politics and democratic standards in the country. During all this time it urged the country's governments to deepen their reforms.

It should not left aside the fact that this time the whole Albanian politics, those in governing and the opposition, united in their request to Brussels. Of course that came after the two main political forces started the reconciliation process with electing the new president with consensus.

Nevertheless time has come when all political and government personalities should explain to the people EU integration is not that near and, what is more important, what it really means.

It should be clearly explained to the Albanians that EU integration does not mean only free movement to western Europe, a long waited process for the poverty-stricken population, once considered the most isolated probably in the world.

Meta's recent efforts on such an issue may also be considered a good start. The foreign minister thinks that all the factors should coordinate their efforts in reaching a common goal. "That (memorandum) is an important moment to carry out our goals for the integration into the European Union and NATO structures," he said after signing the memorandum with the NGOs.

"The contribution of the non-governmental organisations and institutions dealing with the research studies of the international relations will assist in the increase of transparency of our foreign policy and also in being more active for the country's future," Meta said.

The NGOs' representatives hailed such an initiative saying that was something to further democratise the Albanian society and increase the coordination of the work for the country's benefit.

"We were thankful, first of all, for such an initiative in establishing bridges of cooperation and partnerity with the foreign ministry," Sotiraq Hroni of one of the NGOs told OB. "There should be reciprocal commitment in promoting Albania in the region and in the world. That is a step in the good direction."

Time has come when Albanian politicians are thinking more of the country's future. With a more peaceful Balkans now Albania should strive in the competition for more western financial support.

Such efforts were started earlier this summer when Prec Zogaj, a centre-right member of parliament initiated the lobby of Corridor 8. That involves Albania in the central European crossroads. Reconstruction, rehabilitation and new projects applied in Albania until now have given a better infrastructure but more needs to be done.

The foreign ministry has also initiated the efforts to organise the Albanian Diaspora, much of which is based in Western Europe and the other in the United States.

"Everybody understands we should play the game in the world as well other than building a true democracy in the country itself," says Teodor Misha, independent analyst and publisher of an Albanian business magazine. "We claim that half of the Albanian population or of Albanian origin (not including in this figure Albanians in Kosovo and Macedonia) is spread around the world. That is a good subject to play for the nationhood."

But this Diaspora could also play a significant role with investment in the country's still fragile economy. Naturally that means no more threats of security like those of the last decade. On the other side, that means the application of the market economy standards and fighting corruption and smuggling.

The Albanian foreign ministry should also start the real work on taking care of the Albanian citizens spread in the world but mainly to Greece and Italy. They strive hard, for example, to renew their passports and normally come to Albania to get that. That is one tiny sign of why Albanians anywhere in the world still do not trust their embassies where they find a lot of bureaucracy, inefficiency and, why not, often corruption.

The Albanian government still does not have a correct figure on how many Albanians have left the country in the last post-communist years. There are some general figures collected from the other countries but no exact figure. Naturally that is affected by a lack of the proper registration and taxation system in the country.

Time has come when integration into EU and NATO asks for higher democratic, economic and social standards.

"Such initiatives like that of Meta should not only be supported but also promoted and other institutions be urged to launch other ones," said Misha.