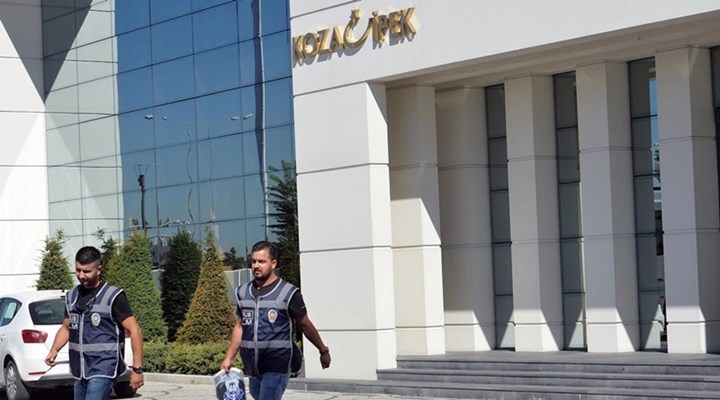 A week ahead of the general elections of 1 November, the Turkish judiciary has put under trusteeship a media holding linked to the Gülen movement – once an ally of Erdoğan, today among his enemies

On 26 October the Turkish judiciary has put under trusteeship the Koza İpek media holding. Appointed trustee managers reportedly  come from the pro-AKP Turkuvaz Media Group, which publishes the dailies Sabah and Takvim and owns the ATV channel.

Koza İpek publishes the dailies Bugün and Millet, broadcasts the television channels Bugün TV and Kanaltürk, and also owns the English-language news portal BGNNews.com, and is known for its critical stance towards the government. The mining firm Koza Altın, also part of the holding, had a 5% slide in share value after the announcement.

Koza İpek Chairman, Akın İpek , said that the holding was notified only after news reports emerged, and that the seizure was a way for the government to take control of the companies since it could not find anything illegal during a series of financial checks in August and September. İpek denounced a campaign targeted against his group, after he refused to contribute financially to a media pool fund – allegedly used to buy the Turkuvaz group and turn it into a pro-government media company – in exchange for favours in public tenders. “If I had entered that pool as well, I would have been much richer, and the judiciary would have protected me. But I was not involved in such an illegitimate business, and now they have appointed a trustee to my companies. I prefer continuing my life without wealth, rather than being in that pool,” İpek said.

On 14 August the Finance Ministry’s Financial Crimes Investigation Board (MASAK) had urged the Ankara Chief Public Prosecutor’s Office, and specifically its Bureau on Crimes Against the Constitutional Order, to seize the media group and put it under trusteeship, replacing the current board of directors. İbrahim Hakkı Polat, MASAK's President, argued that governmental control of the holding would have eased further investigations on its assets. Koza İpek claims that MASAK's reports are falsified. Already two months ago, MASAK had raided Koza İpek's offices in Ankara with police escort, copying data and financial records for several days. Reuters reported that the search warrant comprised charges of “financing terrorism” and “committing terrorist propaganda” against two Koza subsidiaries, Koza Altın and Koza Anadolu Metal, concerning the links between the holding chairman Akın İpek and the Hizmet movement of Fethullah Gülen, now defined by the Turkish authorities as “Fetullahist Terror Organization [FETÖ]”. The persons detained during the raids were eventually released and no illegal activity was uncovered.

The trusteeship order had been issued by a Criminal Peace Magistrate Judge – a court system in which an appeal can only be made to the same court, and often to the very same judge, fuelling accusations of closed-circuit and lack of independence. Koza İpek's BGN News argues that “the Criminal Peace Magistrates are employed by the government to pursue and silence Ankara’s critics using politically motivated cases that result in show trials” and recalls that the judge who ordered the trusteeship had previously banned Twitter access after Erdoğan had declared that it would eradicate it. BGN News also claims that the trusteeship decision runs counter to the Turkish Constitution, according to which a communication of dysfunction must be addressed to the company before the appointment of a trustee, and that this must follow a comprehensive report from the Trade Ministry about the management failures in the company.

The political opposition denounced the move. The Republican People’s Party (CHP) deputy Barış Yarkadaş called it “arbitrary, null and void and illegitimate” and “a crime against the Constitution”. Liberal Democrat Party (LDP) leader Cem Toker defined it as “an illegal seizure they’re trying to pass off as legal.” Further condemnations of the media holding seizure have come from the US Embassy , according to which “when there is a reduction in the range of viewpoints available to citizens, especially before an election, it is a matter of concern”. A US State Department official urged the Turkish government to ensure legal standards in law enforcement activities, while respecting the right to fair trial and equal treatment. The Vienna-based International Press Institute (IPI) defined it as “alarming” due to its timing and said that “not only does silencing critical media on the eve of an election send a chilling message to journalists, it suggests a distrust of voters' ability to filter information and make their own decisions”. The leader of the Greens in the European Parliament, Ska Keller , joined the choir of condemnations, saying that democracy would not function in a country where journalists are attacked and media organizations are seized.