Croatia: purges in the newsrooms 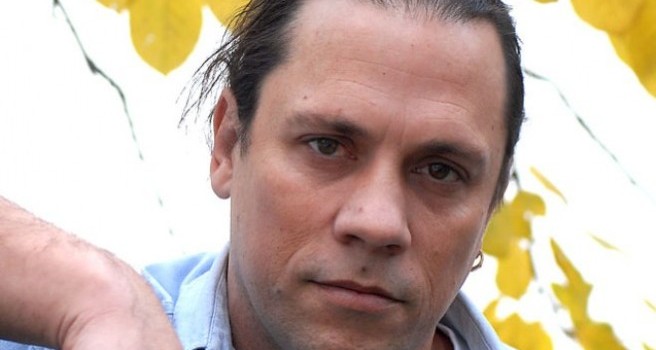 On the eve of a probable victory of the centre-right in the general election to be held in late 2015, the Association of Croatian journalists sounded the alarm on the purges taking place in newsrooms

The Croatian Association of Journalists issued a dramatic statement about pressures faced by journalists and editors, mostly coming from the ranks of the Croatian Democratic Union (HDZ), the political party currently in opposition, but that all polls predict as the next winner of the general elections to be held later this year.

Two well-known Croatian journalists, Boris Dežulović of Slobodna Dalmacija and Boris Pavelić of Novi list, were fired during the same week. Journalist Davor Krile, who like Dežulović and Pavelić might be regarded as "left-wing" (though all are critical towards the left too), lost his traditional column in Slobodna Dalmacija, that meanwhile welcomed far-right supporter Tihomir Dujmović.

OBC is a founding member of Leipzig's European Centre for Press and Media Freedom (ECPMF), a centre for the protection of press and media freedom in Europe. To find out more, go to the relevant page

Not long ago Ante Tomić, satirical journalist employed by newspaper Jutarnji List, was thrown a bucket full of urine and feces on the terrace of a bar in Split. Branko Mijić, until recently editor of Novi list and recently awarded as the best journalist of the year by the Association of Croatian journalists, was fired because he published an editorial that the owners of the paper did not like.

Since left-wing journalists are being targeted, the public has had reason to conclude that purges have already started of unwanted journalists on the eve of a likely change of government.

Together with Viktor Ivančić and Predrag Lucić, Boris Dežulović is part of the trio Viva Ludež, nucleus of the founders of the former political-satirical weekly Feral Tribune. Due to years of pressure, the Feral died in 2008. Since then, Dežulović has worked for Slobodna Dalmacija as a columnist. Daily Slobodna Dalmacija belongs to the largest publishing group in Croatia, Zagreb-based Europapress Holding (EHP), recently acquired by one of the most famous lawyers of the country, Marijan Handžeković.

Dežulović recently received a letter of dismissal. Reason: Slobodna Dalmacija was brought to court because of an article where he commented on the stance of a dozen Split intellectuals, staunch opponents of the Pride parade. The group blamed homosexuals for the fact that the police failed to shed light on the murder of a young girl (Antonija Bilić), who had been raped and brutally murdered in those days. According to such thesis, the police dealt with Pride security instead of employing all available means to seek the girl's murderer.

Dežulović ridiculed this thesis, writing – among other things: "Really, how mean must one be, how evil, to claim that Antonija Bilić is an indirect victim of Split's Pride, because thousands of policemen ensured the safety of the Pride instead of searching the waters for the missing girl? How much darkness and coldness must one have inside, how much of a parasite must one be to say that the disappearance of a young girl was caused by a peaceful demonstration for the rights of a minority?".

The court ruled that Dežulović's text damaged the honour and image of the ten intellectuals named in the piece and compared to parasites. Slobodna Dalmacija therefore had to pay each of them 15,000 kuna, for a total of about 20,000 Euros.

This was the formal reason for firing Dežulović, winner last year of the prestigious European Press Prize award for the best editorial. However, in the light of the "right turn" on Croatian media, it seems that the court ruling was only an excuse. For years, since the time of the Feral Tribune, Dežulović had been the "red rag" for Croatia's right, which attacked him as "Yugoslav" and called him a Communist, "full of hatred for everything Croatian", and "Serbophile".

Also Boris Pavelić's dismissal from Novi list looks like an attempt to expel an unwanted journalist. Following rumors by weekly Nacional, Pavelić had tried to find out whether HDZ president and current opposition leader Tomislav Karamarko, really was a secret service employee at the time of Yugoslavia, as argued by Josip Manolić, longtime top intelligence officer and – after Croatia's independence – one of Franjo Tuđman's closest associates.

Pavelic tried to get answers from Karamarko and the HDZ, but in vain, and then reported what Manolić had stated in the Nacional. The text was removed from the portal of Novi list within hours of publication (in the paper version it was never released), and Pavelić was immediately fired.

Interestingly, earlier this year Pavelić published a book titled "The smile of freedom", a monograph on the Feral Tribune and its efforts for media freedom in the days of Franjo Tuđman's authoritarian regime, in the nineties. This is what some consider the real reason for Pavelić's dismissal.

Public pressure, however, was so strong that Novi list managers had to withdraw the dismissal. Last week, on the other hand, Boris Dežulović sent an open letter to Marijan Handžeković, owner of EPH, publisher of Slobodna Dalmacija. What emerges from the letter is that Handžeković called Dežulović and explained that the dismissal is a result of uncomfortable circumstances, asking him to have patience for a month – until the media storm would subside – and then he would have his job back. Dežulović, however, declined.