Media in Croatia, defeated by the economy 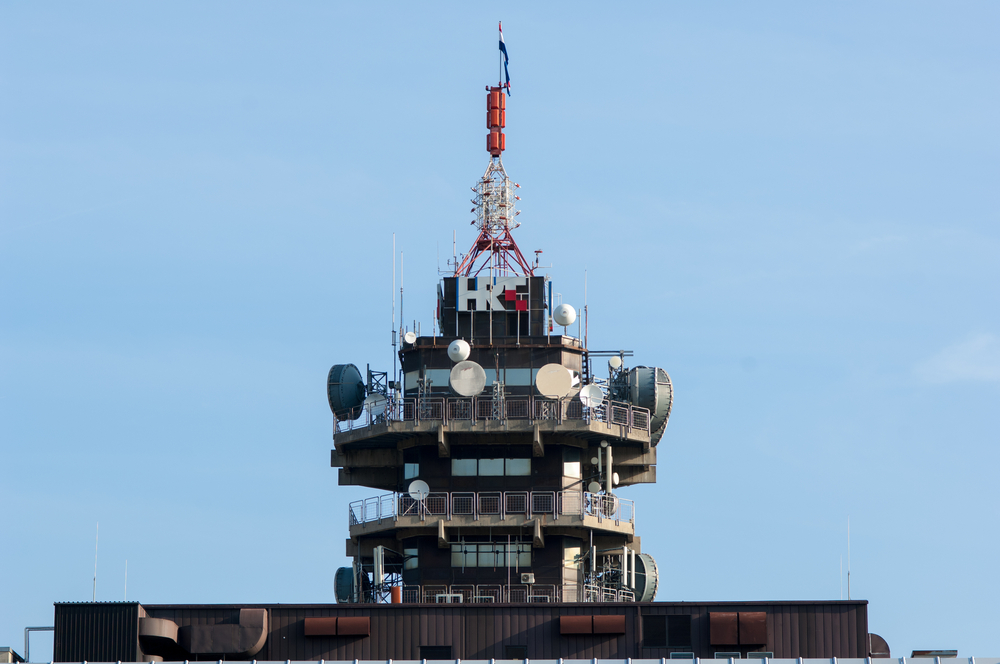 The head office of HRT (photo by Tamisclao/Shutterstock)

What is the state of the Croatian media? And what could the government and the institutions do to improve the situation? We asked Hrvoje Zovko, the new president of the Association of Croatian Journalists (HND)

Hrvoje Zovko, born in 1970, has been the new president of the Association of Croatian Journalists (HND) since last summer. For over twenty years, he worked at Croatian public television HRT, but was fired a couple of months ago. We asked him to assess the state of the press in Croatia.

What happened? Why this dismissal?

What happened is that I denounced censorship within HRT and, because of that, I clashed with my editor-in-chief, Katarina Periša Čakarun. It all started with a story about the internal conflicts of the HDZ [the ruling conservative party, ed.] on the occasion of the announcement of a protest in Vukovar, held in October, against the non-prosecution of war crimes. That event was showing once again how prime minister Andrej Plenković's party is crossed by various currents and I wanted to cover this. I was forbidden to do it.

But why the dismissal?

This is an unlawful dismissal and I will prove it in court. I was fired shortly after arguing with the editor-in-chief of HRT's information programme. I heard about the dismissal from the media, while I was at a press conference at the Association of Croatian Journalists, where they were discussing my case. I was accused of being "aggressive" and physically attacking Periša Čakarun – which, of course, has never happened. I would like to point out that, in 21 years of working at HRT, I have never been warned, let alone punished, for my behaviour. Hence, after what happened, I decided to sue HRT and the trial is still ongoing.

What do you think is the real reason for your dismissal?

In addition to my denouncing censorship, what annoys the HRT leadership is the fact that I became president of the Association of Croatian Journalists. Croatian public television, today, does not have a good opinion of HND; in fact, it is much closer to HNIP (Hrvatsko društvo novinara i publicist), an association that has nothing to do with journalism and was created just before the HDZ's return to power and the formation of the government of Orešković and Karamarko [in 2016, ed.]. Two years ago, about 80 HRT editors and editors-in-chief were dismissed within a couple of days – something unprecedented in the history of this country – and replaced by members of HNIP. In short, as far as I'm concerned, I had to make a choice: either HND or HRT. And my dismissal is a message for all those who still work in Croatian public television and a direct attack on HND.

What is the situation inside HRT today?

It's a horrible situation. Those appointed by Karamarko in 2016 have done nothing but carry out the agenda of the government and the Catholic Church. Dozens of colleagues, excellent journalists, have decided to leave, moving first to NovaTV or RTL and more recently to Al Jazeera and N1. The audience decreased abruptly, while HRT became the government's spokesman. There is no longer any investigation, no more room for criticism. Finally, in the national public television programme there have also been cases of historical revisionism related to the Independent State of Croatia [the puppet State allied to the Nazi-fascists and led by Ante Pavelić during the Second World War, ed.] and no one has taken responsibility for this. 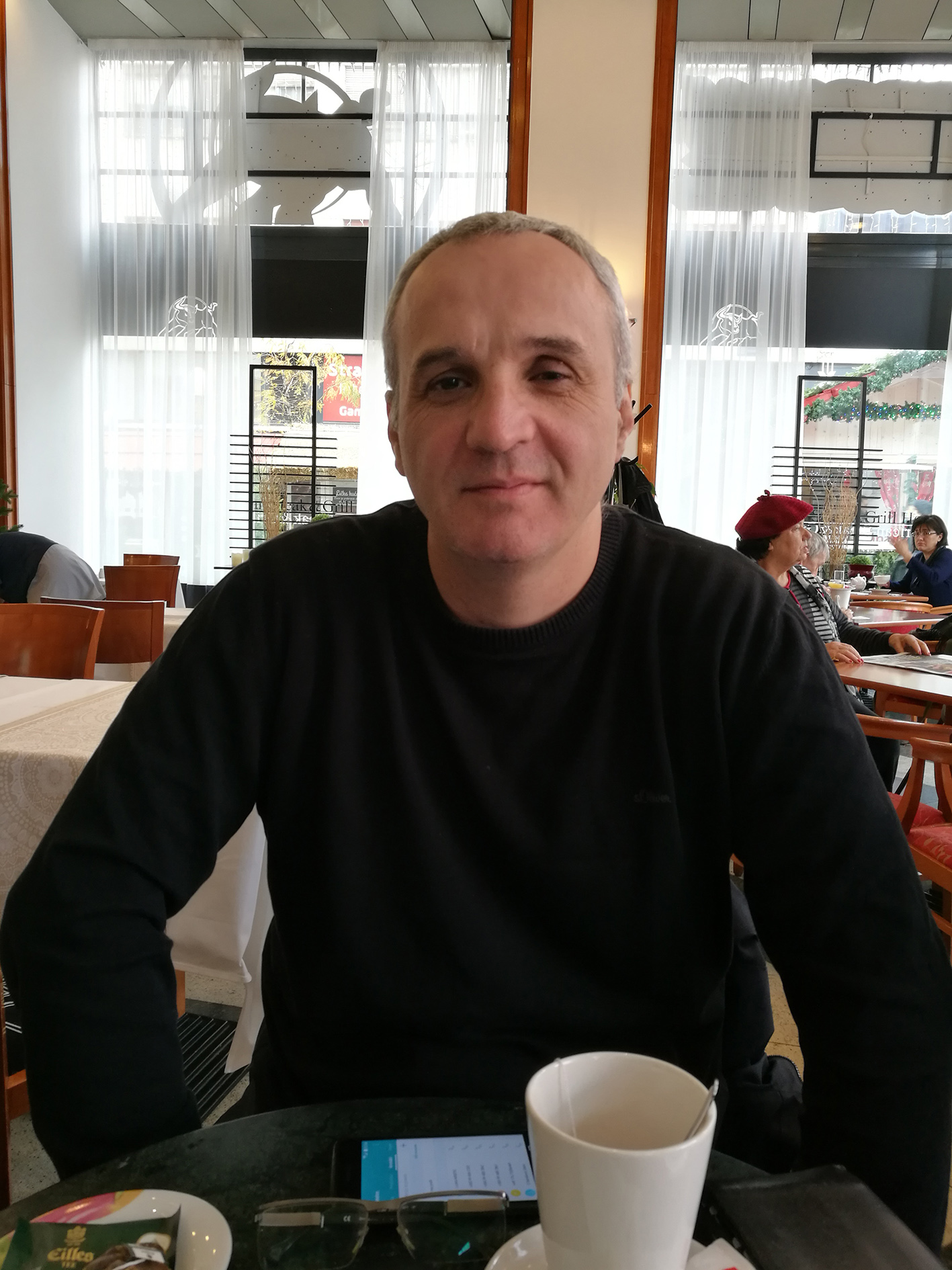 Outside of HRT, how is Croatian journalism faring?

Just as badly, I would say, although there are still great journalists and media outlets who want to do their best. Yet, generally, the situation is not good. More than political pressure, it is the bad economic situation that weakens the press. Since the crisis began ten years ago, 800 journalists have lost their jobs. Newsrooms have shrunk. Investigative journalism is virtually dead. And many colleagues are economically vulnerable today because of low salaries and precarious contracts. In addition, in 2016 the Orešković government cut the public funds for non-profit media. About twenty websites have lost around 400,000 Euros a year overnight. Those that have not already closed sail on sight.

Has the current government, which took office at the end of 2016, taken steps to mitigate these decisions?

Not at all. The "new" Minister of Culture, who replaced Hasanbegović [former far-right minister author of the cuts to the press, ed.], has not changed anything in three years. I know she is working on the new Media Strategy Act, but we have not been involved. Everything happens in a very little transparent way. And this is the basis for a whole series of media laws.

In this context of economic difficulties, how are the Croatian media positioned with respect to the government? Can they maintain their independence?

It's difficult. In the 1990s, at the time of president Franjo Tuđman, pressure on the media was very strong, but newspapers had a large circulation, they could defend themselves. Today few copies are printed and there is growing pressure from advertisers and economic lobbies. All this threatens free journalism. Suffice it to say that the main buyer of advertising space in newspapers is the Agrokor group, today controlled by an extraordinary administration. This same administration has repaid, in circumstances that are not transparent and at least dubious from a legal point of view, the debts that Agrokor had with some media, thus acquiring their loyalty. Mainstream media were already subordinate to Agrokor and this relationship continues today, in a context in which the "invisible hand" that managed the transition was that of former vice-premier Martina Dalić. In short, political pressure exists and newspapers organise increasingly frequent conferences together with the ministries to present government initiatives. And this does not suggest anything positive.

And what about physical attacks or threats to journalists?

We have counted 50 attacks or serious threats over the past four years. The latest physical attack occurred in Zadar just two months ago. The point is that Croatian society has become radicalised from 2016 onwards and threats are now common. Just a couple of days ago a colleague from Split, who has covered the mafia presence in the construction sector, found the tires of his car, parked in front of his house, punctured. But what is even more scandalous is the silence of prime minister Andrej Plenković and president Kolinda Grabar-Kitarović. Not only do they not defend journalists, but they do not even condemn the attacks. An example is Grabar-Kitarović's statement last summer, after a war veteran had invited on Facebook to "kill all journalists of the Index.hr portal": Grabar-Kitarović dismissed everything as just "the expression of a citizen's dissatisfaction".

What should the Croatian government do to improve the state of the press in the country?

First of all, working together, we should modify the press law, this famous strategy for the media we know nothing about. We need more transparency and more involvement of the HND and other stakeholders in this process. We should then take action on HRT to restore independence and credibility. HRT must not be hostage to any political system, it must work for the public and not for the parties. Then there is the problem of the lack of transparency in the ownership of newspapers, and finally hate speech against journalists.

Can the European institutions help in any way?

Surely it would help if there were more pressure on the government by Brussels. But the truth is that the state of the media does not enjoy the same consideration as the economic parameters. We must fight alone, partly because I do not know to what extent the European Union can still be considered as a safe space for journalists, given all the murders of colleagues in recent months. I have the impression that the EU, with its silence on these issues, is destroying its roots, its values, which include freedom of expression.