Croatia: public TV against its own journalists 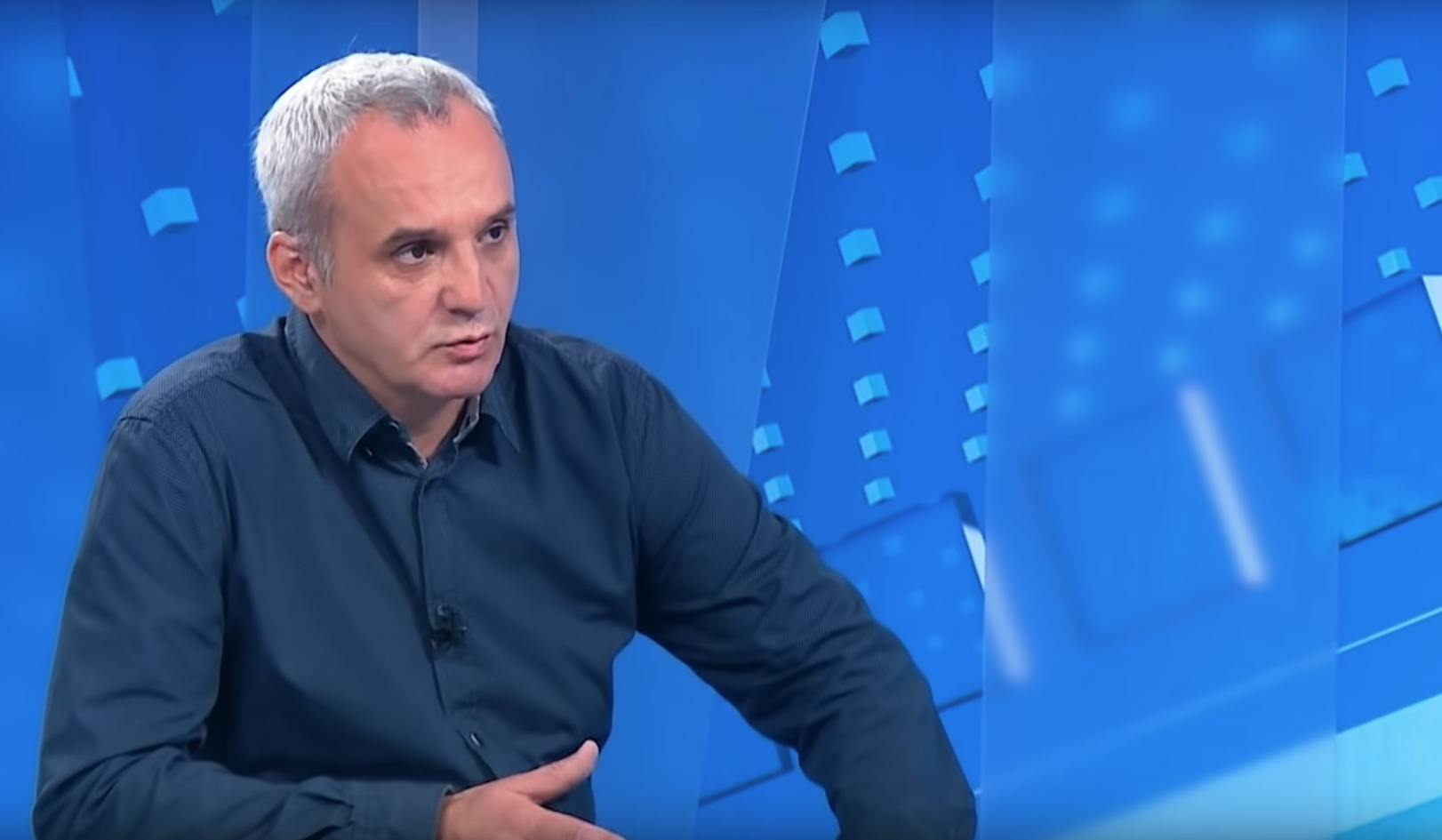 Hrvoje Zovko, screenshot from an interview with N1

For the second time, Croatian public television HRT fires journalist Hrvoje Zovko, a defender of media freedom for many years. The employer cites a breach of contract, Zovko's lawyer Vanja Juric the desire to punish him for his trade union activity

Here we go again. Last Tuesday, Croatian public television (HRT) fired – again – Hrvoje Zovko, long-time journalist and president of the Croatian Journalists' Association (HND) since 2018. Just in that year Zovko had been fired for the first time by the broadcaster, but in 2020 Croatian justice had ruled the dismissal as illegitimate. Now, that saga seems to be starting again, with increasing pressure on the HND and the independence of journalism.

"History repeats itself – not only because they charge me with the same false accusations as three years ago, but also because, like last time, the whole public was informed of my dismissal before I was”, Hrvoje Zovko told the Croatian portal Index. “First of all, the accusations are false. Secondly, the behaviour of HRT shows that it is not about my violations of work obligations, but rather their desire for revenge”, added the journalist. Vanja Juric, the lawyer who has defended Zovko since 2018, assured: “I am sure we will prove once again that this is an unfair decision and an act of revenge that has been going on for three years. There is no violation of the employment relationship, but a desire to punish the president of the HND and intimidate the other members".

What are the charges at stake and what is happening in Zagreb? First, Hrvoje Zovko has not yet received a formal communication of his dismissal, and is therefore waiting to learn about the official reason. However, rumours are already circulating in the Croatian press. Questioned by Index, the management of the Croatian public television confirmed the dismissal, justifying it on the basis of "violent behaviour" by Hrvoje Zovko, which allegedly emerged from "an anonymous complaint". HRT allegedly conducted "an internal investigation" and identified witnesses who "confirmed the victim's allegations, unequivocally confirming the extremely inappropriate and unprofessional behaviour on the part of Hrvoje Zovko". However, according to what was revealed by weekly Nacional , HRT's internal investigation was conducted solely by director Kazimir Bacic, who apparently questioned the witnesses without involving the disciplinary commissioners and finally decided to sack Zovko without hearing his version of the facts.

Also in 2018, Zovko was accused of assaulting a colleague, but in the last two years Croatian justice has proved him right twice, forcing HRT to reinstate him (the trial is still ongoing because HRT appealed to the Supreme Court). This is why Zovko speaks of history that “repeats itself”. This time, however, HRT has also targeted two other journalists: Maja Sever, president of the Croatian Union of Journalists (SNH) and employee of HRT, and Sanja Mikleusevic Pavic, representative of the HND within the HRT.  Both were accused by Kazimir Bacic, during a session of the Croatian Parliament's Media Committee, of denying their help to a victim of sexual harassment employed on public television: an accusation that both reporters deny. Yesterday, according to the Croatian media, Maja Sever (one of the best-known television journalists in Croatia) received a pre-dismissal warning by HRT for giving interviews without first informing the management. However, HRT was keen to clarify that "it is not true that Maja Sever received a 'pre-dismissal warning' for her appearances on Nacional. HRT does not in any way contest the union activities and public appearances of Sever. However, she is expected, like all HRT employees, to comply with the law – so she was 'warned' by email of her violation of the provisions of the labour law".

HRT against the Croatian press

If this seems like a lot to digest, it is because it actually is. Since 2016, when the far-right government of Prime Minister Tihomir Oreskovic changed all the management of HRT, the Croatian public television has started an actual war against other newspapers and many journalists, including its own employees. The case of Hrvoje Zovko is therefore only the tip of the iceberg (it can be interesting to re-read the interview Zovko gave OBCT in 2018 after his first dismissal). Many of the defamation lawsuits initiated over the years by HRT (in 2019 there were over 30) ended with private agreements between the broadcaster and the newspapers involved, the details of which were never disclosed to the public. Other trials are still pending, such as those against the HND (HRT asks for about 26,000 Euros in damages for defamation) and against Sanja Mikleusevic Pavic (here the request is for almost 7,000 Euros). Against the president of the HND, HRT has four pending lawsuits: for defamation (both civil and criminal), for not returning work material (worth about 1,300 Euros) and, as already mentioned, for the dismissal of 2018.

This peculiar situation has already aroused the concern of various organisations for the protection of press freedom at European level, including Reporters Sans Frontières , the Council of Europe , the European Federation of journalists , and the OSCE . Nothing, however, has changed in Zagreb. In fact, this week’s action against Zovko, Sever, and Mikleusevic Pavic shows how HRT's war against freedom of expression is getting even dirtier. A few weeks ago, speaking to the Croatian Parliament's Media Committee, HRT director Kazimir Bacic rejected the proposal to create an independent commission to investigate internal cases of sexual harassment, arguing that the organisation already has four disciplinary commissioners . However, in the case of Zovko, Sever, and Mikleusevic Pavic, the commissioners were not involved.

"Why isn't there a single procedure? Why has Bacic refused to meet me and hear my version of events for over a week? I am publicly and unjustly accused without having been questioned at any time", complains Maja Sever, who reported Bacic to the HRT disciplinary body, convinced that the director only wants to "discredit" the journalist and the trade union she leads. “I don't even know how to comment on this situation. This 'investigation' that Kazimir Bacic allegedly conducted alone is a tragicomic farce. The double standard in HRT can also be seen from the moon”, concludes Sanja Mikleusevic Pavic. Asked by weekly Nacional , the Ministry of Culture (also responsible for the media sector) so far just emphasised "the importance of a uniform treatment of all public TV employees". Yet, the Croatian government will have to intervene sooner or later: for four years now, HRT has conducted vexatious lawsuits at the expense of the public and has earned the European primacy of being the only public broadcaster that sued the national association of journalists – a fact really not worthy of a state that presided the Council of the European Union until a few months ago.