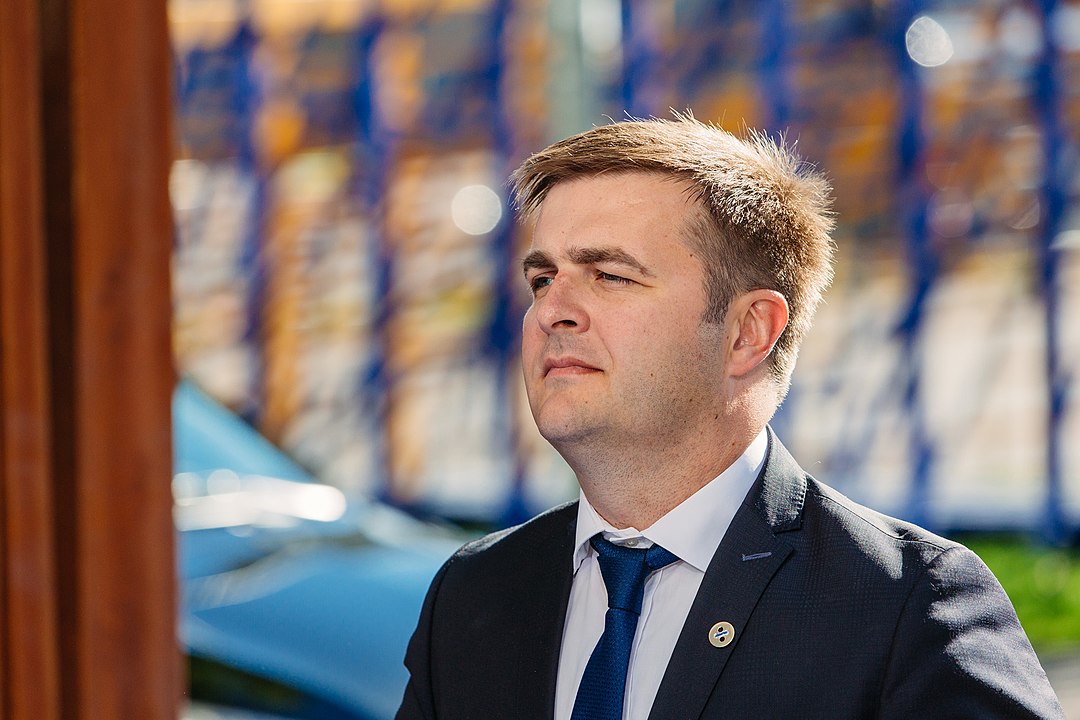 Once again, journalists are under attack in an EU country. Croatian Minister of the Environment Tomislav Ćorić discredited journalist Hrvoje Krešić by citing the latter's private conversations. Bewilderment in the associations in defense of journalists

We were used to see certain scenes in authoritarian countries, where political leaders use press conferences to insinuate, intimidate, and discredit, sneering in front of journalists. This week it came to Croatia, a country that currently chairs the Council of the European Union. During a question and answer session with the press on Monday, Environment and Energy Minister Tomislav Ćorić attacked N1 television journalist Hrvoje Krešić citing what the reporter would have said in a private conversation. "I happen to know that...", the minister said several times, before reporting the content of an exchange "between journalists", of which he "happens to" be aware. A misstep? A misunderstanding? Unfortunately, even in the case of simple incompetence on the part of the minister (the content of the revealed conversation is really of little interest), the technique used is certainly unworthy of a democratic republic.

On Monday, the minister was called to comment on an issue of great importance for the country. It was about INA, the Croatian state-owned oil company, and in particular a memorandum of understanding signed in 2018 by Ćorić and revealed by the weekly Nacional in its latest issue. With the memorandum, the minister authorised the transfer to Hungary of the oil produced on the national territory, to be refined there rather than in Croatia. The fact has an important political implication, which can only be understood if one knows the recent history of INA in Croatian-Hungarian relations.

A very brief summary: INA is no longer 100% state-owned but, after being privatised in the early 2000s, is now 49% owned by the Hungarian MOL. The privatisation was facilitated by Prime Minister Ivo Sanader (in office from 2003 to 2009) who, at the end of last year, was sentenced to 6 years in prison for receiving a 10 million Euro bribe from the CEO of MOL, Zsolt Hernadi. In return, Sanader arranged for MOL to obtain INA's administrative rights. Croatian justice has obviously condemned Hernadi for corruption, but Budapest has always refused to extradite him.

Now, in Croatia INA controls two refineries, in Sisak and Rijeka. In recent years, MOL has made it known on several occasions that it plans to close the Sisak plant and to consider the same move for the Rijeka plant. The Plenković government, in office since 2016, has played the national interest card by promising to buy back the share of INA held by the Hungarians, but two months before the end of the mandate (the vote is scheduled on July 5th) it has yet to do something. Against this background, the revelation of an INA-JANAF memorandum (the latter is the Croatian oil distribution company) which would facilitate the transfer of oil to Hungary sounds like a betrayal of the promises made.

How then did Minister Ćorić respond to this thorny matter? By trying to publicly discredit anyone who questioned him. "I happen to know that you are dissatisfied with my choice of the members of the Board of INA – Tomislav Ćorić told journalist Hrvoje Krešić – and I also happen to know that you personally know one of those who have not been chosen". Ćorić then called the journalist "a person marginally involved in the oil business". How did he come to these conclusions? "Because in one of the groups that you journalists use to communicate, you have expressed criticism", the minister replied to Krešić, adding "take a look at the messages you sent to those groups".

"It is not the first time that such a thing has happened to me, but perhaps this is the most explicit case", comments Hrvoje Krešić. In the past, the journalist recalls, in the span of 24 hours, he had been labelled as "pro-SDP" by Prime Minister Andrej Plenković and "close to HDZ" by Social Democratic leader Davor Bernardić. "In short, it is not uncommon for Croatian politicians to behave in this way. But I did not expect someone to insinuate one day that I would be on a payroll, corrupt", continues the journalist. Does Krešić know which group the minister refers to? "I don't know, there is a group moderated by the government spokesperson in which statements, press conferences are announced. We happen to comment on some announcements, sometimes mock them. But I'm not even sure I commented on the INA case on that group", replies the N1 reporter.

The minister's statements obviously appalled the journalists in the room and sparked a chain of comments and criticism. It does not matter that Ćorić himself read those messages and that someone – maybe even a journalist – revealed their content. The minister decided to make them public, sending a message to Croatian colleagues: "Pay attention to what that you say among yourselves, because the government can find out". Needless to say, such behaviour undermines the freedom of the press in the country, choosing intimidation and direct attack over transparency and dialogue.

After the press conference, Andrej Plenković defended his minister, assuring that his government does not supervise communications between journalists, but that someone voluntarily gave Tomislav Ćorić that information. Like, there is no surveillance system for journalists, but if someone reports their private communications to us, why not use them to discredit them? Ćorić himself chimed in to swear that "never in my life have I dreamed of infringing the privacy of a person, let alone a journalist". "Simply – he added – I received that information from journalistic circles".

"It is an unbelievable, outrageous move", said Hrvoje Zovko, president of the Association of Croatian Journalists (HND). "What does this behaviour mean? That those who ask legitimate questions will be attacked?", Zovko asks, denouncing that "we are not satisfied with the communication with this government: many colleagues have never received answers to their questions, others are victims of 'hybrid wars', while the idea that journalists are guilty of everything is fostered in society". The HND is now asking the government to "explain how the minister got that information" and to "be more transparent about the INA-MOL affair".

Meanwhile, the voices of those asking for the minister's resignation rise from the opposition, including MP Bojan Glavašević (ex SDP, now independent) and the Možemo! movement, while Social Democrat leader Davor Berdardić describes the minister's action as "a trick to divert attention from the shameful betrayal of national interests by Ćorić and Plenković".

Yesterday afternoon, Reporters Sans Frontières also responded: "We are horrified by the fact that Minister Ćorić 'happens to know' what Hrvoje Krešić wrote privately to his colleagues and uses it to discredit the journalist".

"This is unacceptable behaviour on the part of a government of an EU member country that holds the presidency of the EU Council", RSF pointed out.