Ukraine: freedom of the press jeopardized 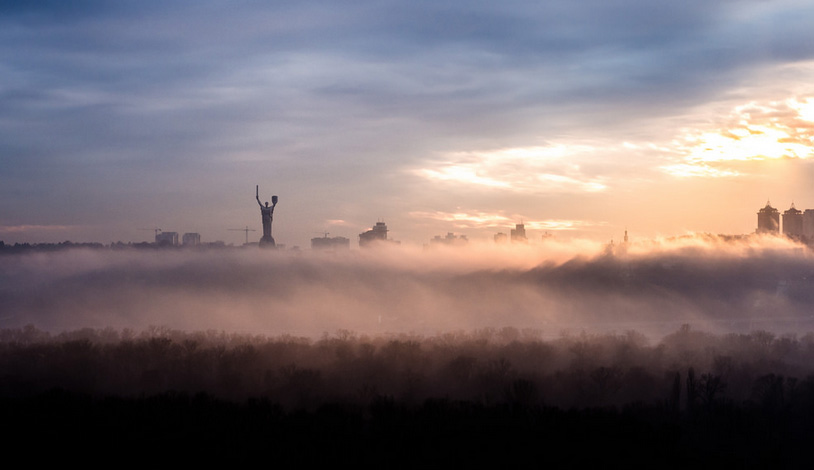 One month after the car bomb that killed journalist Pavel Sheremet, the discovery of Alexander Shchetinin’s death. These casualties mark a climate of rising pressure against the Ukrainian press

Alexander Shchetinin was found dead on the terrace of his house in Kiev on 28th August. He was shot in the head. A pistol was found near his body. A few days earlier he had written an email saying he intended to commit suicide.

Shchetinin was a Russian journalist who fled to Ukraine after moving from supporting Russian president Vladimir Putin to writing articles extremely critical of the Kremlin. In his email sent shortly before his suicide, he said how he could not stand living far from his children any longer, and that he loved Ukraine and its people. However, some media could not resist to underline that Shchetinin had recently embraced pro-Ukrainian positions, opposing the official narrative spread by Russian media.
Apart from the fact that his suicide could have been motivated by personal reasons, his death represents a new shock for the press. It happened just one month after, in Kiev, a bomb was placed under Pavel Sheremet's car, another well-known journalist, this time from Belarus.

Two and a half years after the Maidan revolution, the safety of Ukrainian journalists is not guaranteed as the political class and public opinion are disinterested or perhaps they are distracted by the economic crisis and the war.

The conflict in Ukraine has been accompained by the use of propaganda in the public sphere, provoking deep distortions in the field of freedom and pluralism of the media. A recent report by Reporters without Borders examines the situation of the press in Ukraine after Euromaidan .

In fact, there was no expected outcry when Tetiana Popova resigned as Deputy Minister for Information on 3rd August, a few days after the death of Sheremet. "I am resigning because I don't agree with attacks on journalists and attacks on freedom of speech by individual politicians. I cannot tolerate the absence of a proper reaction to these attacks," she wrote on her Facebook page.

The day before Sheremet’s murder Maria Rydyan, a journalist working for the Ukrainian edition of Forbes magazine, was repeatedly stabbed by an unknown individual while walking in a park in Kiev. Five days later, Sergei Golovnyov, news editor for Business Censor, was attacked on the street by two unknown men. According to data from the Attorney General’s offices, in the first six months of 2016 there have been 113 crimes against journalists, including 28 cases of violence and threats. The Kyiv Post, an English language weekly, has counted more than 50 cases of journalists being killed, or dead in suspicious circumstances, since the independence of the country in 1991 up until today.

Before the Maidan uprising, Ukraine was certainly a dangerous place for journalists who engaged in investigations about the shady affairs of the oligarchs and corruption, even though there always was a free press. The flight of former president Viktor Yanukovich and the dissolving of his kleptocratic system gave new impetus to freedom of the press and pluralism. Now, after two years of war and with an evermore polarised society, there are signs clearly pointing to the fact that the situation is worsening.

The Russian aggression ending in the annexation of Crimea and with the Donbass conflict, not only brought bombs and tanks, but also the devastating weapon of disinformation (disinformatsija). The Ukrainian reaction to this generated what could be defined as “patriotic journalists”, acting in the the filed of information for various purposes. They cut the world into two parts, the good on one side and the bad on the other, and behind every criticism of Ukraine, they see a Russian conspiracy.

Journalists who question the official version from the government press offices, who tell stories that are different from the State mainstream narrative, or who simply try to do their job on the other side of the front, suddenly find themselves under attack from ultra-nationalists and by the “patriotic journalists”, accused of betrayal by members of the government.

Hromadske TV is one of the media born out of the Maidan barricades. It is run by young journalists, and from the very beginning it has been the independent television station most watched by those seeking facts not polluted by State lies. In July, its journalists were blamed from both “patriotic trolls” and the Army press office, after coming under fire from separatists while accompanying some soldiers. They were charged with revealing the position of the Ukrainian military. “It was an organised attack”, wrote the executive director, Katya Gorchinskaya in an editorial in the British newspaper The Guardian.

“A source told us that it was the work of three different groups of trolls and a bot farm. We do not know who ordered the attack but their accusations are strongly pro-government. Did the Ukrainian government unleash an army of trolls against independent journalists? In the war with Russia, is our country using the same tactics of lies and manipulation as the Kremlin?,” asks Gorchinskaya.

According to the think tank Detector Media which monitors the information in Ukraine, the situation is not as serious as it could seem. “There is no lack of criticism, even strong, against politicians, the institutions and Ukrainian businessmen. Even the 113 charges brought to the Attorney General’s office show an improvement when compared with the 143 raised during the same period last year”, Natalia Ligachova and Galina Petrenko wrote on the organisation's web site. “There are many problems and many challenges, but there is also an over-valuation of the question due to the traditional Western sensitivity to press freedom and journalists' rights.”

What many journalists find alarming is the lack of reactions to the attacks against the press from the Ukrainian authorities. Between April and May, Mirotvorets made public all the names, the emails addresses, telephone numbers and passport numbers of thousands of journalists who worked in the separatist territories during the last two years of the war. The site was launched by the ex-Governor of Luhansk, Georgiy Tuka, now deputy Minister for temporarily occupied territories.

An Excel file headed “Swindlers” and published on the web contained the personal data of 7,000 journalists, including that of the author of this article. The group that published the data manages a database of separatist militia and collaborators to be given to the Ukrainian Justice Department. They claim that “ the publication of the list was necessary because these journalists had collaborated with a terrorist organisation.”

In the past, Mirotvorets has been the subject of controversy. In April 2015, Oles Buzina, a strongly pro-Russian Ukrainian journalist, and the ex-member of Rada (Parliament) Oleg Kalashikov, were found dead less than two days after their names and addresses ended up in the database.

Tetiana Popova, at the time still holding the position of Deputy Minister for Information, was perhaps the only component of the government to take sides against the publication of the list. "I have asked from the very beginning for the list to be cancelled, but unfortunately they refused and they even extended the list," she said to OBC.

Instead of taking a strong position against such a mass intimidation, the Minister of the Interior, Arsen Avakov, added fuel to the fire by calling the journalists in the list “liberal separatists”.

Weeks after the data was circulated, President Petro Poroshenko, answering a question during the annual press conference, mildly condemned Mirotvorets’ list, at the same time inviting the journalists not to write any “negative articles” about Ukraine. A rather disputable concept of freedom of the press.