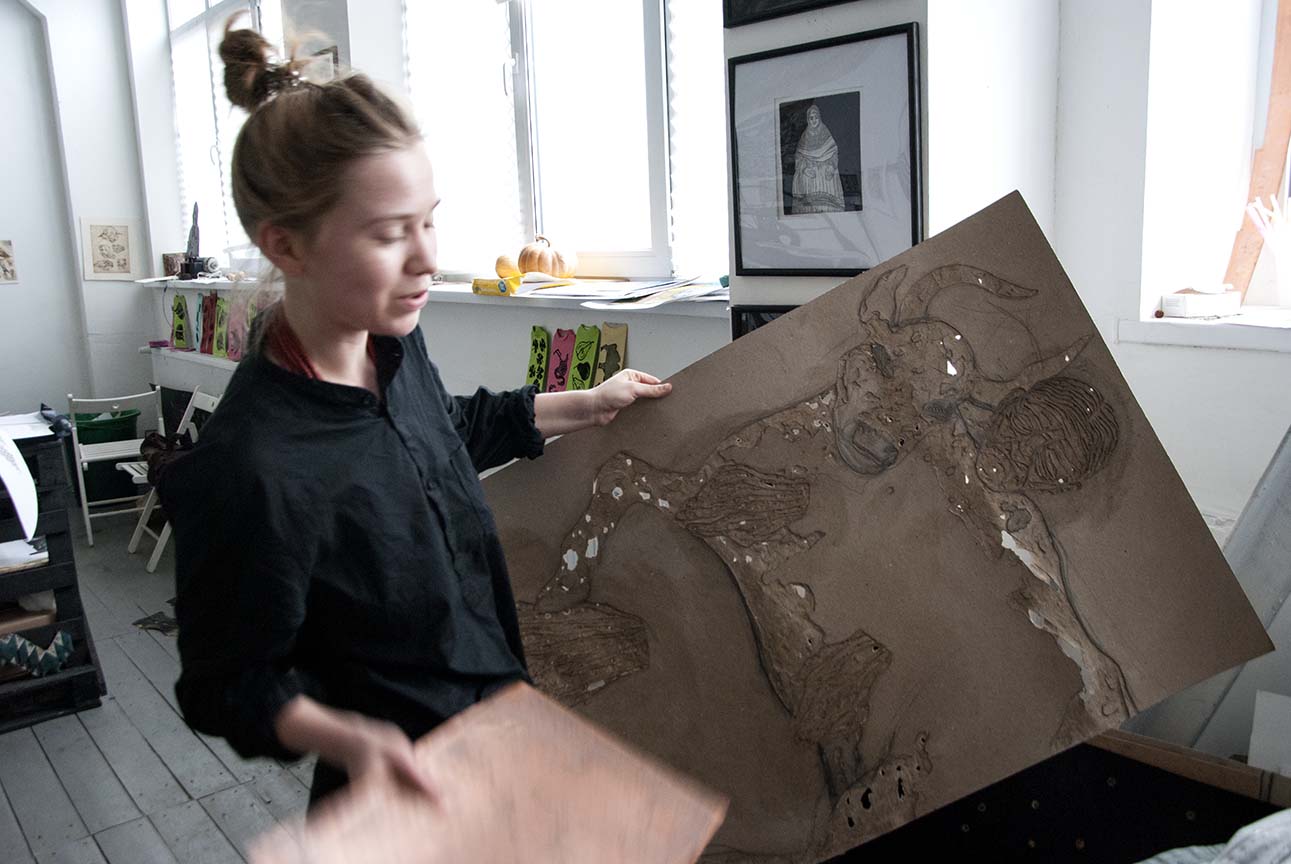 Izolyatsia promotes artistic and cultural events. Its headquarters were in Donbass before war broke out, now they are in Kiev. However, their values have remained the same: to guarantee freedom of opinion

The headquarters of Izolyatsia , a platform for artistic and cultural initiatives founded in 2010, were once in a former insulation materials factory. Today it is in a decommissioned building in a shipyard. In this sense there haven’t been too many changes: it’s still in an industrial structure. Their activities have also not changed: they have exhibitions, debates, open calls, constant dialogue with national, regional and international artistic movements. The location for all these events, however, has changed. After war broke out in Donbass they transferred to Kiev. Certainly not their choice.

“Shortly after the pro-Russian militia took control of the city, they came armed, and commandeered our headquarters”, explained Mikhailo Glybokyi, one of Izolyatsia’s group leaders, who claims the militants moved in for two reasons. The first is infrastructural. “Our space was large and furnished. We had a good internet connection. In fact, the pro-Russians made it their headquarters. Some say that a part is also used as a prison.” The rebels say it is used as a store to hold humanitarian help.

The second reason is just political. “At Izolyatsia we believe in freedom of the press and of opinion. We have always believed in artistic exchange, in dialog with other artistic movements, including those of the west. But the rebels did not approve of this”, explains Glybokyi. And this could not be any different considering that the war in the Ukraine redefined the field on both sides as to what can and cannot be tolerated. 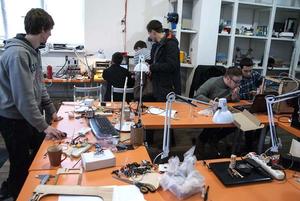 We went to visit the four storied building just next to the river Dnieper. It is now the Kiev headquarters of the Izolyatsia, founded by the very rich entrepreneur Lyuba Mikhailova. Concerts and theatrical performances are held on the first floor. Exhibitions on the second. On the third floor there are studios for artists and designers as well as co-working spaces. The top floor is for the Izone, one of the few creative incubators from the former Soviet Republic. Aleksandr Kovalev is in charge: “Here we give young people the opportunity to develop their own talent. We offer them free space as long as they produce”.

Anna is a young artist who just arrived from the Kiev Art School, and is one of those using this space. “At the moment I do not have any definite art project. I need to improve my ideas. Anyway, I feel good here, I feel free”, she says as those in charge of Izolyatsia prepare to set up a conference call with Lyuba Mikhailova, who is in New York. They were talking excitedly in the corridor that runs between the two wings of laboratories on the fourth floor. Perhaps the most interesting laboratory is the technological workshop, called the IzoLab . This is where very young people learn the use of 3D printers, machines for laser cutting wood and plastic and also drones. Vlad is the manager: “Our objective is to be innovative and at the same time to keep up with other centres of the same type. Luckily, Izolyatsia helps us financially. But we also try to support ourselves, organizing crowdfunding campaigns”, he says. On the other hand, collecting funds online is already a consolidated reality in Ukraine.

After Izolyatsia left Donetsk, one of the most important initiatives they promised was the Soviet Mosaics  in Ukraine, launched a little more than one year ago. It not only catalogues all the monumental mosaics created in Soviet Ukraine, but it also launches a campaign to protect them. Ievgeniya Molyar is the curator. We met her: “Today we have catalogued three hundred, but there are more than two thousand similar works in the whole country. Many date from the “protest movement”: the artistic movement of the Sixties and Seventies. In that period there was a liberation movement in art which allowed artists to express some dissent, even if not explicitly. Therefore these mosaics are part of the urban landscape integrated into the architecture thanks to a collaboration between artists and architects in vogue in that decade. They contain a message of protest and criticism towards the Soviet system."

Today these works are in danger. On one hand they need restoration. On the other there is the law on “decommunism”. This requires names of streets, squares and housing blocks named after Soviet personalities to be changed. They are seen as expressions of Russian domination of Ukraine. It also requires the removal of symbols of communism in works of art, considered as equivalent to Nazism by this law. Potentially also those shown in these mosaics. “I find it makes no sense. The symbol is part of the art, if it is removed, then the entire work is without sense. The paradox is that the political value of the message in the mosaics is one of dissent. It does not highlight the Soviet myth”, claimed Ievgeniya Molyar. According to her, the law on “decommunism” was made to please the extreme right. Its active presence on the Donbass front is often used as a means of blackmail towards the central government.