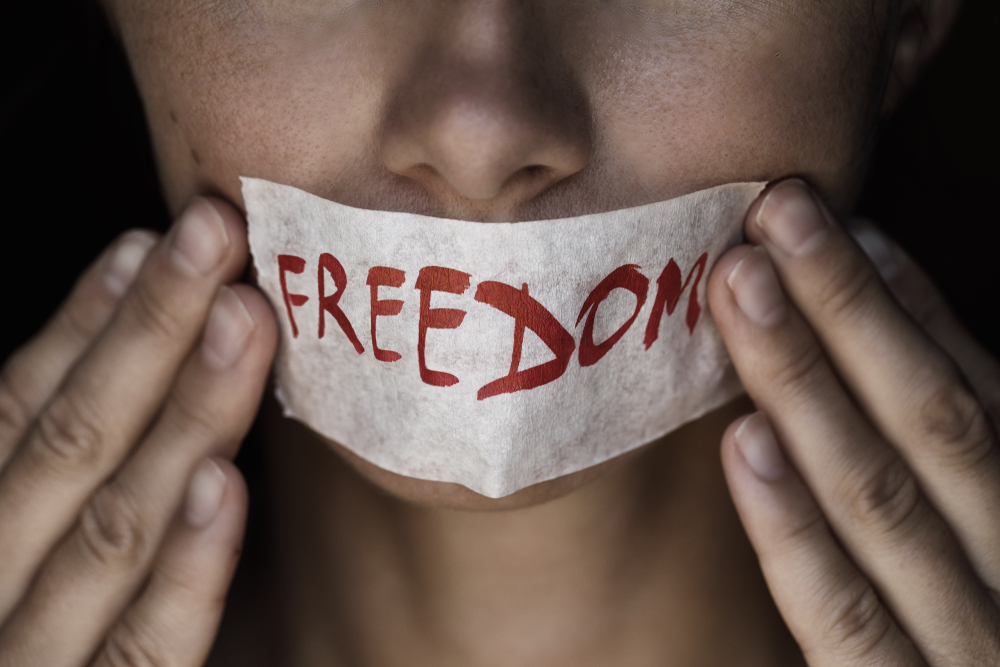 Last January the Ukrainian Ministry of Culture, Youth, and Sports presented a bill in order to change the media and disinformation law. The proposal, however, has raised criticism from the opposition, journalists, and media experts, who see their right to freedom of opinion threatened

As required by the Constitution, freedom of speech and the press applies in Ukraine. The media are – theoretically – free to express their opinion on what is happening in the country and abroad. However, the current situation, as reported by the international human rights organisation Reporters Without Borders, is not as democratic and transparent as stated on paper: Ukraine is only in 102nd place in the 2019 press freedom ranking.

Today, the Ukrainian media belong mostly to the country's major oligarchs. Viktor Pinčuk, Ihor Kolomoyskyi, Petro Porošenko, Rinat Achmetov, and Dmytro Firtaš own the main Ukrainian TV channels which, inevitably, reflect the individual interests of their owners. Corruption, lack of financial transparency, and power games affect this picture more than ever, from which some sectors of the press and online media struggle to detach themselves, offering a wider choice thanks to the freedom of the net.

In the annual press freedom reports from 1991 to today, Ukraine's rating shows ups and downs, understandable in light of the various changes in power. After a few difficult years under the presidency of Leonid Kučma (1994-2004), when numerous press offices were closed by force and self-censorship was widespread, the Orange Revolution of 2004 brought back to life the plurality of independent media and the Ukrainian press was considered, albeit for a short period of time, among the freest of all the countries of the former Soviet bloc.

In 2010, the non-governmental research and awareness organisation on democracy, political freedoms and human rights Freedom House registered a further negative trend: restrictions on press freedom, intimidation of civil society, and significant government influence on the judiciary. Censorship was back in style, in fact, with Viktor Janukovyč, who took office in the presidency in February 2010, although declaring his appreciation for the "free and independent media". Despite numerous complaints from journalists for violations in this regard, the government of Mykola Azarov denied media censorship, and in May 2010 a law was passed by parliament on strengthening the protection of property rights in the media, offices, publishers, and bookstores as well as in the relevant unions. A slight improvement occurred only in 2013-2014, with the events of Maidan and the outbreak of the armed conflict in the eastern territories, thanks to which several independent online media were born, including Hromadske.ua, registered as a non-governmental organisation.

Greater freedom and the emergence of new media organisations followed Maidan's revolutionary wave, but have not stopped control of information and the spread of fake news and propaganda. There have been numerous threats to press freedom and some journalists have lost their lives without finding justice (Pavlo Šeremet and Katerina Handzjuk among the best known cases). During 2019, the Institute of mass media (IMI – Institut masovoi informacii) reported 243 cases of violations of freedom of speech in Ukraine, including 172 related to physical assaults against journalists – a higher figure than in the previous year (235). The main forms of violation are: obstruction of journalistic activity, threats, beatings, refusal of access to information, cyber attacks, and legal pressure.

The new bill on media and disinformation

According to Freedom House experts, the current media situation in Ukraine is stable. In the country, freedom of expression, speech, and press is protected by law and censorship is not allowed by the Constitution. Still, respect for these rights could soon disappear if the Verchovna Rada approves some legislative changes in the media and, in particular, on disinformation, next month.

Last January, Ukrainian Minister of Culture Volodymyr Borodyansky submitted to parliament a draft law on disinformation that should "ensure the security of national information and the right to access reliable sources and news". According to the ministry, the bill aims to ensure that citizens can access verified information through the introduction of mechanisms to combat disinformation and increase the media literacy levels of the population, stuck in a hybrid war with Russia. The bill also wants to introduce civil and criminal liability for offenders, with punishments ranging from very high fines to imprisonment of up to 7 years.

The first step will be the creation of a new body: an "information ombudsman" who would be responsible for both checking and removing fake news. The powers assigned to this figure are among the reasons why organisations such as IMI remain critical of these changes. This would create a state interference mechanism in the information sphere and would violate Ukraine's commitments under the Constitution, the European Convention on Human Rights, and the European Court of Human Rights.

Secondly, the ministry proposes to create a special body called the "Association of professional journalists of Ukraine" – an order that recognises as journalists only the "professional" ones who meet the access requirements and who will, consequently, be eligible for state protection services.

In fact, a professional journalist will be able to collect information in emergency areas and work in the field, monitoring demonstrations, anti-terrorist operations, and military interventions. They will have protection in the event of defamation, paid holidays, and compensation for injury/death on the job. Journalists not belonging to the association will instead be simple "communicators", ordinary journalists without any protection and accreditation by public authorities. Foreign journalists will also need to obtain accreditation from state agencies, a practice that had been abolished in 2005.

As for the media as a whole, a "trust index" will apply. To obtain this index, which contains a score and is reset annually, an outlet must meet the following criteria: dissemination of verified information; adherence to the rules of professional ethics; transparency; respect for the right to object or reject false information.

The position of experts

The initiative has already raised numerous criticisms from Ukrainian and European journalists and citizens, who immediately accused the government of wanting to violate the right to freedom of speech and freedom of the press. Media experts fear real interference by governmental bodies in journalistic activities, with a consequent restriction of freedom of expression. Although there is no question that there is a real need to efficiently tackle disinformation, fake news, and pro-Russian propaganda, widespread in a country at war, it is necessary to do so without imposing restrictions that are unacceptable in a democratic country.

The first criticisms of the proposed changes, both by the media themselves and by the opposition of Volodymyr Zelensky's government, have even compared the draft law on disinformation to the "dictatorial laws" of January 16th, 2014, wanted by then-president Viktor Janukovič. Viktorija Sjumar, ex-journalist and MP of Petro Porošenko's Evropejs'ka Solidarnist', is convinced that this bill is an ideal tool for censorship and agrees with colleague Mykola Knjažyc'ky. The MP believes that this law will push the country into a totalitarian regime and notes that some of the rules contained in the new document have been borrowed from Russia (like the attempt to take control of social networks) and China (the introduction of the '"Trust index"). Knjažyc'ky also adds that “it is shameful to impose criminal responsibility for the dissemination of false information. I remember everyone was happy when criminal liability for defamation was abolished. It is known that in Soviet times many ended up in the labour camps based on this article". With a hint of sarcasm, political scientist Kirill Sazonov comments: "Orwell could not have made up such a plan to recreate his reality in the ministry of Truth".

The National Union of Journalists of Ukraine (NUJU) appears to share the same opinion and warns that the law would legalise state interference in the journalistic profession and limit the rights of media workers: "the EFJ firmly rejects any proposal in which the State is going to regulate journalism and impose restrictions on journalists", said Ricardo Gutiérrez, secretary general of the European Federation of Journalists (EFJ). The UN monitoring mission was also outraged by the Ukrainian authorities, as the new bill does not meet the international standards on human rights in the slightest and is a threat that could lead to self-censorship and, in the most serious cases, to persecution of journalists "for doing their job".

Ukrainian President Volodymyr Zelensky, on the other hand, supports Borodyansky's plan. Although the head of state considers himself a liberal towards television and journalism (his ex-profession is somehow linked to it) and has no desire to interfere with the honest work of journalists, he considers it necessary to allocate funds to fight disinformation, "a problem that contributes to the country's division".

Disinformation is certainly a common problem, especially in a country at war, and the media legislation in Ukraine, which dates back to the 1990s, needs updating. However, this bill seems to have another raison d'etre, far from respecting any kind of freedom.