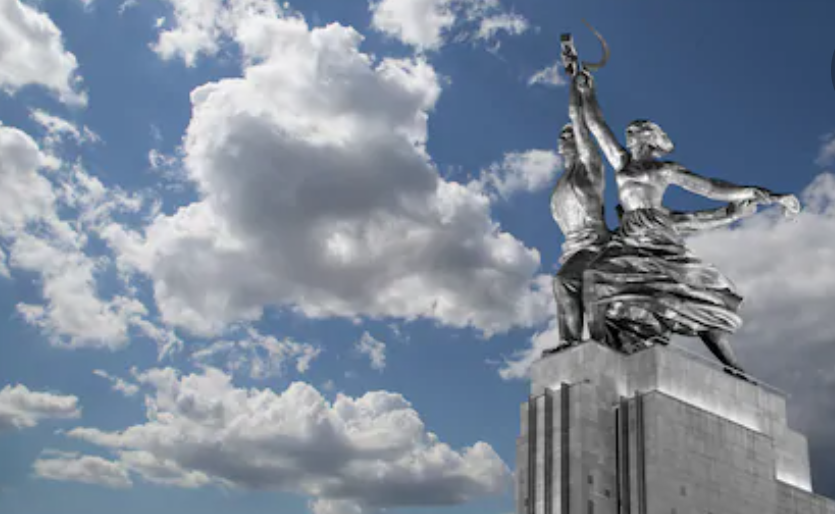 Anti-Western rhetoric, social conservatism, and assertiveness are some of the key elements that make Russian narratives attractive, credible, and legitimate in different quarters across Europe. A journey through Russia’s soft power in Europe by ISPI researcher Eleonora Tafuro Ambrosetti

On 22 March 2020, a contingent of 104 Russian military doctors and health workers arrived in Italy, carrying ventilators and other medical equipment. Their boxes and vehicles carried stickers reading ‘from Russia with love’. The operation was allegedly meant to be a charm offensive, a ‘gesture of solidarity’ with no geopolitical or other hidden objectives carried out in the framework of the Kremlin’s ‘health diplomacy’ strategy. Yet the operation, widely discussed in Italian media, split Italy’s public opinion down the middle. On one side were those who expressed sincere gratitude to Russia and compared Moscow’s generosity with the perceived inaction or coldness of fellow EU member states and institutions. And, on the other side, were those who accused Russia of delivering useless aid and exploiting the kind of anti-EU sentiments shared by many Italians to perform a propaganda offensive.

The COVID-19 aid delivery to Italy is a good way to kick off discussions about Russia’s soft power in Europe. The operation speaks to the divisive and controversial nature of Moscow’s efforts to build soft power more broadly. Russia’s campaigns successfully engage the hearts and minds of different groups of people and political movements in Western societies. What lures them can vary greatly: from traditional and timeless soft power sources, such as classical music or literature, to hard power-derived soft power – for instance, the prestige conferred by Russia’s diplomatic and military assertiveness on the global stage. The content and nature of Russia’s soft power narratives vary too, as I discussed at length in a previous publication. From Russia’s alleged antifascist pedigree, to conservatism and defence of traditional values; not to mention President Vladimir Putin, who has his own power of attraction.

One important aspect of Russia’s soft power in the West is Moscow’s image as the main opponent to US unipolarity and ‘normative imperialism’ and an alternative pole of power. While this status is to some degree inherited from the Soviet Union, it has been nurtured over the last two decades by certain narratives put forward by Putin’s government. Russia has – individually or in tandem with other countries such as China – criticised Western double standards and instrumental use of the human rights discourse consistently. Russia’s glorification of the Soviet Union’s role in defeating the Nazis in World War II also responds to this logic, as made evident by Russia’s efforts to preserve ‘correct’ historical memory internationally, by fighting for the international recognition of the Soviet Union’s key role during World War II. This also applies to pro-Kremlin disinformation campaigns exaggerating the role of neo-nazi forces in the Euromaidan revolution in Ukraine.

The selective restoration and partial romanticisation of Soviet art and symbols also contributes indirectly to nurturing a sense of continuity between the USSR and today’s Russia. At the time of writing, almost 600,000 people around the globe follow the page Soviet Visuals – a social media project run by former ballerina Varvara Bortsova that gives foreigners a glimpse into Soviet life and aesthetics.

Today, Russia’s attacks to the US unipolar model and its ‘imposition of economic, political, cultural and educational policies on other nations’ resonates with many countries in the Global South, but also with Western anti-imperialist movements. The Kremlin is aware of this and contributes to spreading anti-American sentiment at home through state-controlled television and abroad through Kremlin-controlled media. For instance, the Swedish branch of Sputnik - a state controlled news website - commonly depicts EU bureaucrats and decision-makers as puppets of the US government, while NATO is portrayed as both a ‘US instrument of war and the chief architect of Western policy towards Russia’.

Inconsistencies between Russia’s anti-imperialist narratives and actual policies do not seem to undermine support. The war in Ukraine is a case in point. Far from being proof of Moscow’s imperialistic actions in its neighbourhood, the war has been depicted by several European politicians as a legitimate response to Western provocations. Some, such as Matteo Salvini, claimed it to be a fight against ‘Ukrainian Nazis’ and framed the annexation of Crimea as a voluntary ‘return’ to Russia decided by a valid referendum.

‘Boga nyet!’. There is no God, reads a well-known Soviet atheist poster. Yet God seems to have a strong presence in today’s Russia, to the point that it is also a source of soft power. The church-state partnership is unprecedented in modern Russia, as proved by the constitutional amendment approved in July 2020 stressing Russia’s Christian roots and defining marriage as the union of a man and woman.

Russia is portrayed as having and protecting a ‘true European Christian identity’. Marine Le Pen, leader of France’s right-wing Front National, called Putin ‘a true patriot and defender of European values’, allegedly buying into the narrative of some members of Russia’s political elite. Such members include Roscosmos Director Dmitry Rogozin, who defined Russia as ‘the “true Europe”’, and claimed that Russia continues to protect ‘Europe’s XIX century traditions of geopolitical spheres of influence and social conservatism’. In Spring 2019, Italian journalists suggested that Russia financed the thirteenth edition of the World Congress of Families, which took place in Verona to advance an anti-abortion, anti-divorce, anti-gay agenda. Russia also attempts to exercise its ‘religious soft power’ through its involvement in the Middle East promoting the narrative that Moscow is protecting the Middle Eastern Christian population to legitimise its campaign in Syria for domestic as well as international audiences.

Assertive is sexy: ‘Putin-mania’ in Europe and the US

Plenty of research sheds light on the public relations campaign that transformed Putin - an ‘unknown newcomer’ - into the hugely popular politician in Russia and beyond.

Strength, vigour, and calmness, or sometimes just plain cold detachment, are recurring and powerful elements in Putin’s soft power strategy in the West. Pictures of the leader exercising, taming wild animals, and perfectly at ease into the Siberian wilds are designed to attract domestic and international attention. These images are promoted through Kremlin-backed media such as Sputnik and RT, but they are also reproduced and reinterpreted within local social media spheres. Putin may be presented in the Western media as assertive and serious, such as on Time’s 2007 Person of the Year cover, or as sneaky and far-reaching like an octopus spreading its tentacles, as in several covers of The Economist, but always as ‘powerful’.

Italy is a good example of a country where admiration for Putin is expressed across society. Putin is a popular and admired figure, at least, judging from declarations by some highly visible and well-recognised Italian celebrities and politicians such as Silvio Berlusconi. For instance, popular singers Al Bano and Pupo are known for their admiration for Putin – leading the former to be included in Ukraine’s ‘black list’ of individuals who are considered a threat to national security. One year earlier, in 2018, the famous Italian actor and director Michele Placido also made the Ukrainian blacklist for reportedly praising Putin’s ‘muscular foreign policy’, which he claimed is ‘more genuine than that of Merkel or the French’. He is also reported to have said that Orthodox Russia, ‘unlike the weak West, is a bulwark against Islam’. These public endorsements resemble the popular ones given by international actors such as France’s Gerard Depardieu and the US’ Steven Seagal, both of whom have also received Russian citizenship.

Italians have also created several popular Facebook pages dedicated to Putin. Even parody pages (such as ‘Putin che invade cose’ / ‘Putin invading stuff’) convey and endorse the image of an assertive, problem-solving leader. One meme published in mid-April 2020 reads: ‘Putin entered in contact with the coronavirus: the virus was put into quarantine’, suggesting that even viruses should fear the assertive Putin. The fact that Russia by that date was already struggling with skyrocketing numbers of contagions and other serious pandemic related problems seems irrelevant to supporters.

A ‘model’ for far-right and far-left movements?

Over the last few years, several accounts of Russia’s influence as well active support to far-right parties in Europe, such as France’s Front National or Italy’s Northern League - whether through legal means (through Kremlin-backed media) or illegal means (such as alleged covert party funding) were published. These investigations contributed to triggering claims about the inexistence or, at best, severe flaws of Russia’s soft power. But even the presence of financial enticements would not be in contrast with the main narrative. For instance, the fact that Moscow may find ways to support its ‘friends’ may be taken as a sign of its reliability and consistency – i.e., it proves that Russia put the money where its ideals are.

Moscow’s inconsistencies, for example not applying anti-imperialism narratives in its own neighbourhood, are also cited to downplay Russia’s soft power. However, they do not seem to bother those who are attracted to Russia, as shown by many politicians’ support for the annexation of Crimea. After all, not many people would argue that the US’ political values have completely lost their attractiveness in light of the country’s long history of interference in other states’ affairs.

Russia’s soft power seem to go beyond material support to extremist groups: all three dimensions exposed in the previous sections – anti-Western rhetoric, social conservatism, and assertiveness - may entice far-right and far-left populist movements across the globe, but also moderate groups. Perhaps Western analysts and policymakers should - as Keating and Kaczmarska suggest - concentrate more on the targets of Russian soft power, rather than its source. A first step should be to refrain from labelling people and communities attracted by Russian narratives as ‘puppets’ or ‘useful idiots’. Denying these people agency not only underestimates the potential of Russia’s soft power, but does a poor job of helping to uphold the West’s liberal order, too.