Covid-19 and Russian aid in Lombardy: narratives in the Italian media 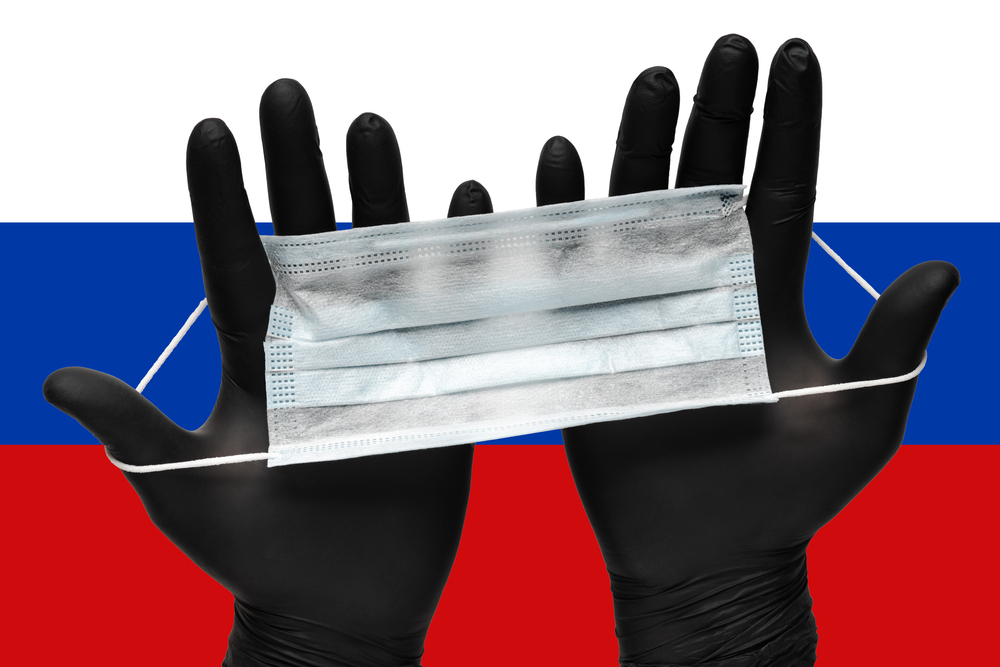 Cooperation or interference? Russia's military presence in Lombardy has been the subject of doubts, clashes, and conflicting narratives in the Italian media

On May 7th, the Russian military contingent of doctors, sanification workers, and nursesleft Lombardy after two months of stay in support of the region most affected by the coronavirus emergency.

The unit had arrived from Moscow in late March, as part of an operation managed by the Russian Ministry of Defense. The interventions were concentrated mainly in the sanification of over 120 healthcare residencies in the provinces of Bergamo and Brescia, i.e. in the areas and locations most affected by the epidemic and symbol of the devastating impact of Covid-19, as well as of the mistakes in the management of the emergency.

In his farewell speech, Russian ambassador to Italy Sergei Razov cited the clash between Moscow and daily La Stampa on the nature and purpose of the mission. More generally, however, the Russian intervention raised doubts in the Italian media about its nature and conflicting narratives depending on the outlet's geopolitical orientation, while at the same time fitting into the generalised war-like discourse developed around the pandemic and its management.

NATO's concerns and the clash with La Stampa

In April, several mainstream newspapers, starting from Corriere della Sera, reported the concerns by US general Tod Wolters, Supreme Commander of the Atlantic Alliance in Europe, who called the Russian presence in Italy "a source of concern", to the point of evoking a "malicious Russian influence". It is clear, continued the journalist, "that a crucial geopolitical game is being played behind the coronavirus epidemic, in which Russia (and China) are trying to exploit the weaknesses of European countries to widen their sphere of influence".

La Stampa also reported the statements by chess champion and dissident Kasparov, who described the Russian intervention as "a military and intelligence operation, certainly not humanitarian aid. Putin, sending over 100 soldiers to Italy, had two objectives: scoring a public relations success and at the same time installing one's intelligence on the territory of a NATO country [...] Putin is facing the global pandemic crisis as a hybrid war, in which instability is exported in a moment of crisis for the West".

Some articles, in particular those by Jacopo Iacoboni on "fears of a Russian occupation in Italy" in La Stampa, questioned the nature of the Russian intervention (regarded as military intervention and mapping rather than solidarity, both for affiliation of the medical contingent and because of the alleged presence of Russian intelligence officers among the military doctors) and its actual worth (citing alleged poor quality and relevance of the equipment provided and the coverage of the air flight by the Italian State). In response, Moscow's spokesperson for the Ministry of Defense, General Igor Konashenkov, accused the newspaper of russophobia and disinformation. Eventually, in a joint note, Italy's Ministry of Defense and Ministry of Foreign Affairs and International Cooperation clarified the composition of the Russian contingent and supplies, thanking Moscow for the aid, but criticising the tones used in the reply to La Stampa.

Without going into the merits of the nature and validity of the Russian intervention, what we are looking at here is the behaviour of the media in the context of a "geopolitical game in the pandemic" which obviously exists, as each country tries to gain credit on the international scene and affirm old and new influences (this comment by Nicola Pedrazzi, for instance, tried to interpret the solidarity of the Albanian government). However, the way the Italian media present this exercise of influence is, predictably, often partial and determined by their orientation. In the article cited above, for example, mainstream Corriere della Sera praised the NATO intervention to the detriment of the Russian one, while left-wing il Manifesto has extensively told how small Cuba was able to send aid not only to Italy, but also to several other countries, thanks to the quality and universality of its healthcare system. Other media outlets, on the other hand, have welcome the Russian presence and the deployment of forces by Moscow. Let's try to see who they are.

For example, the Russian intervention was presented in a completely different, enthusiastically positive light in an article in il Giornale, accompanied by Silvio Berlusconi's thanks to "his friend Putin". Furthermore, according to the article, the sending of aid by Moscow was not born out of a contact between the Italian Prime Minister and Putin, but thanks to an appeal by a Lega politician. At the end of the mission, Studio Aperto addressed a heartfelt greeting to the Russian contingent. In general, the media close to the centre-right wing reflected the positions of the political formations, in particular Lega and Forza Italia, which have found an important role model in the figure of Vladimir Putin.

In this context, the Russian intervention in Lombardy performs a propaganda function not only for the sender (Moscow), but also for the recipient (let's say Milan, as the physical and symbolic capital of the centre-right's flagship region). By welcoming the Russian contingent, Lombardy – or rather its political leadership – presents to its public opinion the image of a privileged relationship with the Russian power, in particular with its leader: a personalistic narrative of "friendship" between "strong men" . A category, that of the strong man, typical of this part of the political spectrum and at the basis of the – perhaps aspirational – fascination for authoritarian models and leaders who do not have "their hands tied", as evidenced by admiration not only for Putin, but also for Hungary's Orbàn.

The idealisation of the Russian role and presence in Italy, however, also serves another function, collaterally diminishing the meaning and importance of the support by the European Union, fitting into the sovereignist narrative of an expensive, distant, and useless Europe. In fact, despite a long series of interventions and the amount of resources allocated (an overall chronology of the EU's response to the economic-health crisis is available here, while this infographic summarises the aid specifically dedicated to the Western Balkan region), "Europe does nothing" was a leitmotif of the first emergency phase, particularly amplified by populist media such as Libero ("Europe does not exist") and Il Giornale ("Europe has deserted Italy"). The idea of ​​a powerful friend who comes from afar, to make up for the shortcomings of the detested European Union, is certainly attractive and functional to the sovereignist and anti-European political discourse.

In this context, the military nature of the Russian contingent, rather than hindering the solidarity narrative, fits into the general militarisation of the public discourse on the pandemic and the management of the health emergency, made of "invisible enemies", healthcare "heroes", hospital "trenches" and, in this case "allies". Such discursive framework facilitates the conflictual interpretation of relations between countries, which in turn fuels the creation of war-like narratives functional to a political-editorial project of a sovereignist and personalistic nature.