Georgia: domestic politics, the crisis with Russia, and Covid-19 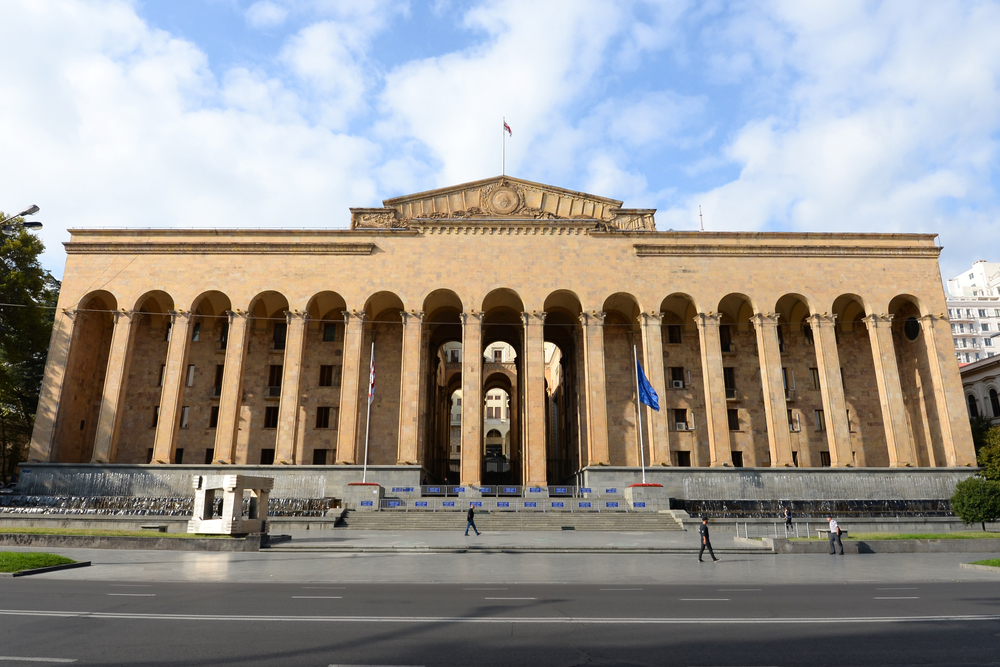 The Parliament building in Tbilisi (© Thiago B Trevisan/Shutterstock)

Georgia is expected to vote to renew parliament on October 31. Some fear that the government will use the current health crisis to postpone the elections and the reform of the electoral system agreed with the opposition

In the second half of 2019, Georgia experienced widespread discontent, due to the political deadlock between the government and the opposition, which resulted in large demonstrations.

A religious-themed conference held by the Inter-parliamentary Assembly in June 2019 in Tbilisi triggered the first wave of public anger. At that meeting Sergei Gavrilov, a Russian MP, delivered a speech in Russian while sitting in the chair of the Presidency of the Georgian parliament, prompting the beginning of protests that resulted in over 10,000 protesters trying to enter the parliament building.

It should be noted that Georgians consider that 20% of their sovereign territory had been stolen from them with the help of Russia. Since the early 1990s Russia had, in fact, supported the independence aspirations of the regions of South Ossetia and Abkhazia. In August 2008, the tension between Russia and Georgia rapidly escalated until it became an actual conflict: the Russian-Georgian war. Following the bombing of the capital of South Ossetia and its occupation by Georgian forces, Russia responded with a large-scale military offensive that included air raids and a ground invasion with 10,000 Russian soldiers in various Georgian cities, some only a few kilometres from Tbilisi. As the international community and French President Nicolas Sarkozy, who held the presidency of the European Union, negotiated an initial ceasefire followed by the withdrawal of Russian troops, Russia had already recognised the two separatist republics.

In November 2019, a new wave of discontent led to unrest in the capital. Thousands of protesters calling for electoral reform and the resignation of the government clashed with the police. The "Georgian Dream" party, in power since 2012, led by the richest man in Georgia, billionaire entrepreneur Bidzina Ivanishvili, had decided not to maintain what they promised a few months earlier – to proceed with the reform of the electoral system. The proposal was to move from a half-proportional and half-majority parallel, hybrid system to an entirely proportional one with no thresholds. For two weeks, demonstrators continued to block the Parliament. The police used several riot control agents and water cannons to clear the area. Meanwhile, frictions with Russia had re-emerged in the form of economic sanctions. Following Gavrilov's speech, Vladimir Putin stopped direct flights from Russia to Georgia "for the security of Russian citizens".

In early 2020, mass demonstrations against Russia have partially subsided. People have rather blamed the government for a soft approach towards Moscow, while the electoral reform issue has taken centre stage for protesters as the current mixed electoral system, in their view, would clearly favour the ruling party in the next elections. The prominence of the electoral issue is apparent with no protest following the signing of the electoral reform agreement between the ruling Georgian Dream party and opposition parties on 8 March. The agreement, facilitated by the United States and the European Union, provides for the election of a new parliament based on a proportional vote of 120 of the 150 seats with a 1% threshold, while the remaining 30 seats will be assigned with the majority system.

The ruling party appears to have gained popularity, primarily due to its measures to fight the COVID-19 pandemic, which have proven effective, as the death toll has remained low compared to that of neighbouring countries. The government initially declared a state of emergency for a month until 21 April, which has now been extended to May 22. The measures have also closed most businesses with a curfew in effect from 21:00 to 06:00. The COVID-19 pandemic forced major political actors to review their agendas and strategies, initially showing more political cohesion in an effort to stem the spread of the virus. In recent weeks, however, the opposition has accused the government of insufficient COVID-19 testing on the population and, above all, of adopting inadequate economic and financial support in the current crisis.

The tensions ahead of the autumn elections remain high for two reasons. First, the possibility that the 31 October voting date will be postponed if the COVID-19 emergency does not subside. Second, a legislative issue arises concerning the government-opposition agreement signed in March. Although the electoral law in Georgia is constitutional, the Constitution itself prohibits the review of any constitutional bill during a state of emergency. Similarly, there is no constitutional or "state of emergency" law that limits the time period of an emergency.

In 2020, many countries may postpone their elections already scheduled for this year. Furthermore, there is a potential risk that some governments may repeat behaviours seen in the past, in which emergency measures and legislation were prolonged with no legal basis.

In countries where the pandemic has truly caused tragic consequences, a postponement of the elections for health reasons could be justified due to the high number of people infected. But in countries like Georgia, this is currently not the case, and COVID-19 should not hinder, without a valid reason, the approval of the new electoral law.