Hate speech: what it is and how to contrast it 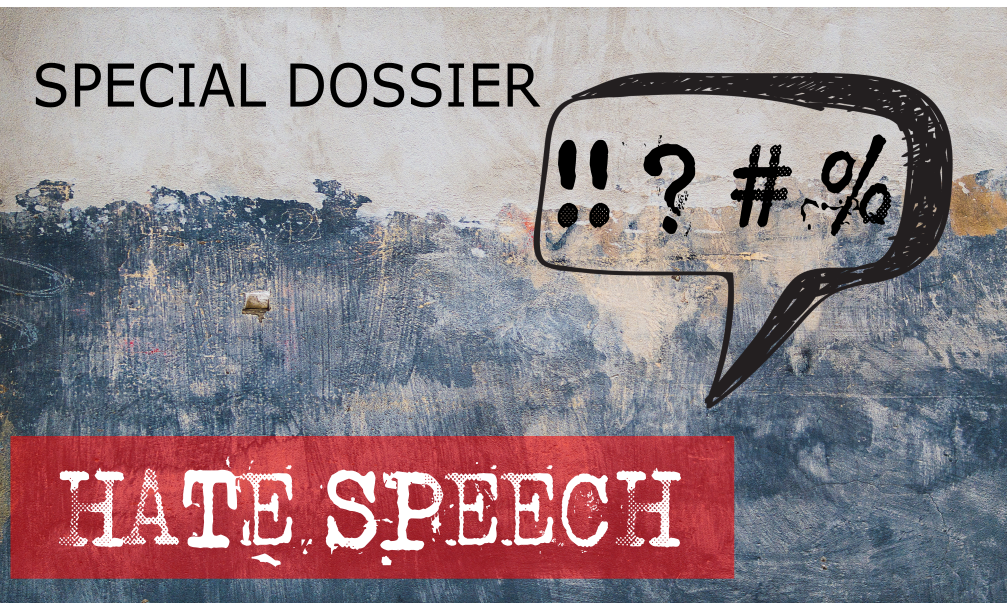 As hate speech is being debated more and more both online and offline, we decided to devote a special dossier to it, building on the materials of the Resource Centre on Press and Media Freedom in Europe.

The debate on the rise and spread of hate speech has become more and more lively during the last few years, combining with other debates concerning the “post-truth era” and the rise of populism. But what do we mean exactly by “hate speech”? Is it really a phenomenon on the rise, especially because of the Internet and social networks? And what are the most effective strategies to counter it? This is the third focused dossier on media freedom in Europe prepared by OBC Transeuropa, selecting and connecting several materials of the Resource Centre on Press and Media Freedom in Europe .

What is hate speech?

Although the expression has become very common, there is no set definition of hate speech. In fact, the quest for a shared definition clashes with juridical, political-philosophical, and cultural debates over the boundaries of freedom of expression. How can we define – and, therefore, contrast – hate speech without limiting a fundamental freedom? Such a dilemma predates the Internet, but has been strongly revived by the digital revolution.

The different definitions of  hate speech share a common ground in the documents produced by international institutions after the Second World War. According to a recommendation by the Council of Europe in 1997   , hate speech includes “all forms of expression which spread, incite, promote or justify racial hatred, xenophobia, anti-Semitism or other forms of hatred based on intolerance, including intolerance expressed by aggressive nationalism and ethnocentrism, discrimination and hostility towards minorities, migrants and people of immigrant origin”.

Although the expression “hate speech” gained ground during the 1990s, the observation of the phenomenon and the commitment to contrast it are not new (previously, the expression  “incitement to hatred   ” was preferred). For many decades, the focus was on racial hatred, antisemitism, and historical revisionism. With the new millennium, awareness on the topic has come to include religious minorities (especially Muslims, increasingly targeted by threats and discrimination) and, more recently, women, LGBT persons, the disabled, and the elderly.

In synthesis, no matter the form (written or oral, verbal or non verbal, explicit or implicit) and juridical status (possible “hate crimes”), hate speech includes any expression of violence and discrimination against other persons or groups. As hate speech targets people on the basis of their personal characteristics and/or conditions, contrasting actions need to be appropriate for the current social, economic, political, and technological context.

Efforts to contrast hate speech today face the dilemmas and contradictions of the digital age. In a recent report, the Council of Europe addressed hate speech within the wider issue of information disorder, a global tampering of contents where hate speech and so-called fake news cross paths: in this view, disinformation stems from the encounter between mis-information (spreading news that are false, but harmless) and mal-information (spreading authentic news, with the intent to harm).