The rising emergency of asylum seekers in Serbia 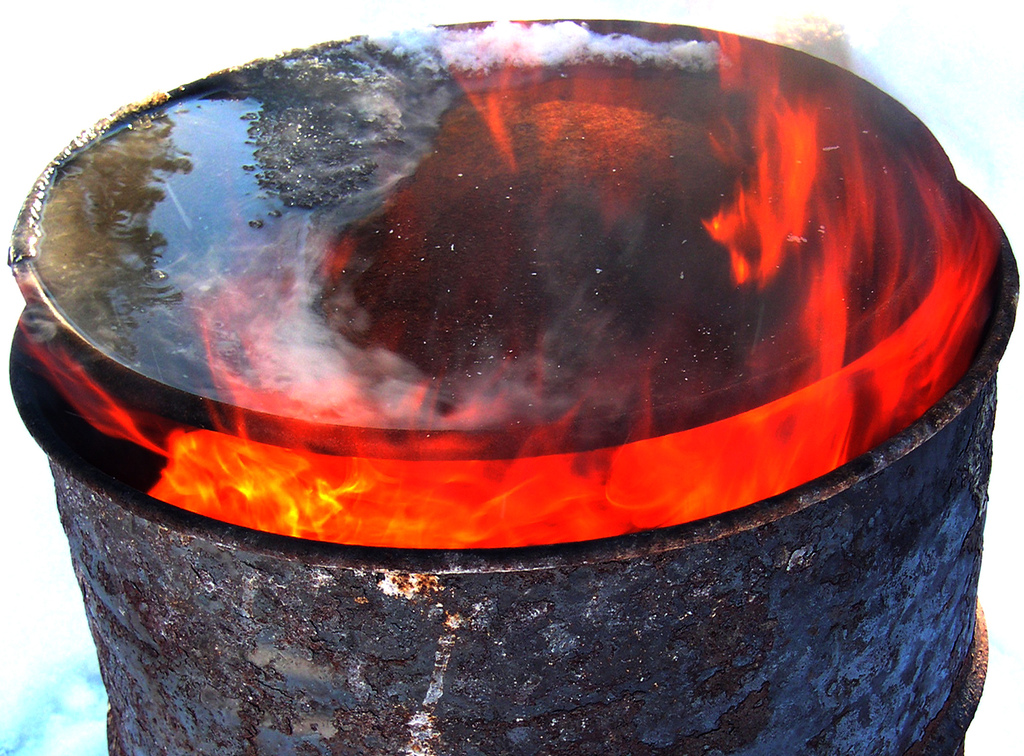 They flee Countries like Syria, where their lives are endangered, but are rejected by the local population who sets up barricades and fires. The tragedy of asylum seekers in Serbia

A few days ago, some pictures published on the Serbian media caused dismay and indignation: they portray pictures of people who are forced to live in the Bogovađa snowy forests, 70 kilometers South of Belgrade. They are about 300 asylum seekers, mainly from Syria, Eritrea, Somalia and the countries of Maghreb. Some of them have set up tents, others have found cover in wooden sheds and abandoned houses. They have very few clothes, inadequate for the winter, and gather wood to cook and stay warm. Many associations, among which is Grupa484, have launched solidarity initiatives to bring them food and clothes.

How did it get to this point? In Bogovađa there is one of Serbia's two reception centers for asylum seekers (the other one is in Banja Koviljača). Despite it having a capacity of 170 people, the Bogovađa center is always over-crowded. A few days ago, the situation became unbearable and hundreds of people were forced to turn to the surrounding woods and look for makeshift accommodation. The local authorities have relentlessly been demanding the transfer of the over-crowding asylum seekers to other facilities. This adds up to the the statements of Nils Muiznieks, commissioner for human rights at the Council of Europe, who has urged the Serbian government to quickly find a solution.

Protests from the local population

The solution that was first proposed was to offer 75 asylum seekers accommodation at the lodgings of the blue-collar workers of the Obrenovac Nikola Tesla B power plant, just outside of Belgrade. However, on November 27th, the moving date, things did not go as planned. Hundreds of locals blocked all access to the plant, forcing the asylum seekers to remain 14 hours on the bus driving them. And while the bus was stuck at the barricades, a fire was outrageously set by one of the protesters to one of the small houses close to the plant, burning down 20 rooms designated as accommodations for the seekers.

Agreeing with the top government officials, further to the incident, the state secretary of the Interior Minister Vladimir Božović demanded the asylum seekers be welcomed in a hotel in Obrenovac's suburbs, where they are still accommodated. Božović later stated: “This is an appeal to all of us, an invitation to show more humanity as citizens and remember when our Serbian citizens were in a very similar condition as war refugees”.

Interviewed by the media, the Obrenovac protesters justified their actions stating that they are scared for their safety, convinced as they are that there are dangerous individuals among the asylum seekers. The seekers, however, reject accusations, saying that the negative rumors about them are untrue. One of them has stated: “We are not terrorists, we are common people, we are honest, and we have come here because we cannot live decently in our own Countries”.

Amongst the locals in Obrenovac, however, there are also people who feel close to the plight of the newcomers. “These people have escaped from suffering and what is happening to them is an embarrassment to our Country”, stated an elderly man.

Unfortunately, this is not the first time the local population has used force to oppose asylum seekers. The day after the incidents in Obrenovac, about 50 people from Vračevića, a village not far from Bogovađa, blocked the village's main road. The objective was to stop delivery of food and clothes to the 100 asylum seekers who live packed in two houses in the village. This time too the blockade was resolved with the intervention of the state authorities.

How can the hostile and violent reaction of the local communities be explained? The interpretation of commentators and experts revolve around three main theories. The first one is Miloš Ćirić's: in an article carrying the very eloquent title Wars have come home , he maintains that the violence against the asylum seekers is one of the many ways the rage and frustration generated by warmongering and criminal policies of the recent past occur. “How we treat each minority that is weaker than us is just an indication of our deep dissatisfaction with the military defeats we suffered in the Nineties”, Ćirić writes. “In the absence of old victims - he concludes – we find new ones: LGBT persons, asylum seekers, women and children”.

The second theory comes from Vladimir Arsenijević . Like Ćirić, Arsenijević notes the similarities between the treatment reserved to asylum seekers and that reserved to Roma, who are often subject to forced displacements. Unlike Ćirić, however, he underlines the already strained circumstances of the local population, exacerbated by the forced cohabitation with asylum seekers. 'I think people are simply “blinded” by their own problems, their own troubles and their own suffering. As illogical as this may sound, I think it widens the lack of sensitivity towards the problems of other people', Arsenijević states.

The third theory is Bojan Gavrilović's , who has been studying the issue for years. According to him, these protests against foreigners, by now a “trend” in Serbian society, are to be seen as racist episodes, without giving in to the rhetoric of people justifying them as reactions driven by fear and uncertainty. In any case, Gavrilović explains, the state is to be held responsible, as it has not been able all these years to create an efficient system to deal with and complete asylum claims.

The limitations to the system

Of course, Gavrilović is not the only one to point the finger at the lacks in the system dealing with asylum claims and the assistance to those awaiting. Among those criticizing, the Belgrade's center for Human Rights strongly and firmly denounces the poor capabilities of the competent authorities. Radoš Đurović, from the Belgrade Asylum Protection Center, angrily states: “I don't want to hear anybody telling me that, in this precise moment, Serbia cannot find 200 or 300 beds in a school somewhere or in some barracks”.

In any case, in 2012 the United Nations High Commissioner for Refugees (UNHCR) had made a merciless evaluation of the Serbian system, deeming it 'unable to recognize those in need of international protection'. The same report also reveals that, in the four years preceding its release, i.e. 2008-2012, Serbia did not grant political refugee status to anyone, despite the thousands of applications filed.

In the past few years, the flow of migrants, refugees and asylum seekers in the Balkan Countries has dramatically risen. There are two reasons for this, the first one being that the European Union builds barriers that are getting stricter on the trans-Mediterranean migratory routes, thus many migrants try to reach the much sought-after Schengen area through the Countries of the Former Yugoslavia, first and foremost Serbia.

The second reason is that the Arab Spring turmoil and, in particular, the armed conflict in Syria persist. The war has been going on for two years, now, and it continues to generate masses of refugees bound for the Balkans, amongst others. Osservatorio has, for instance, told what is happening in Bulgaria and, more recently, what has occurred in Turkey . Thus, if on the one hand it is right to criticize the poor capabilities of the Balkan state authorities in meeting this challenge, on the other we cannot allow to lose sight of the complexity of the problem. We are compelled to also call into question the responsibilities of the Western world, European policies included.