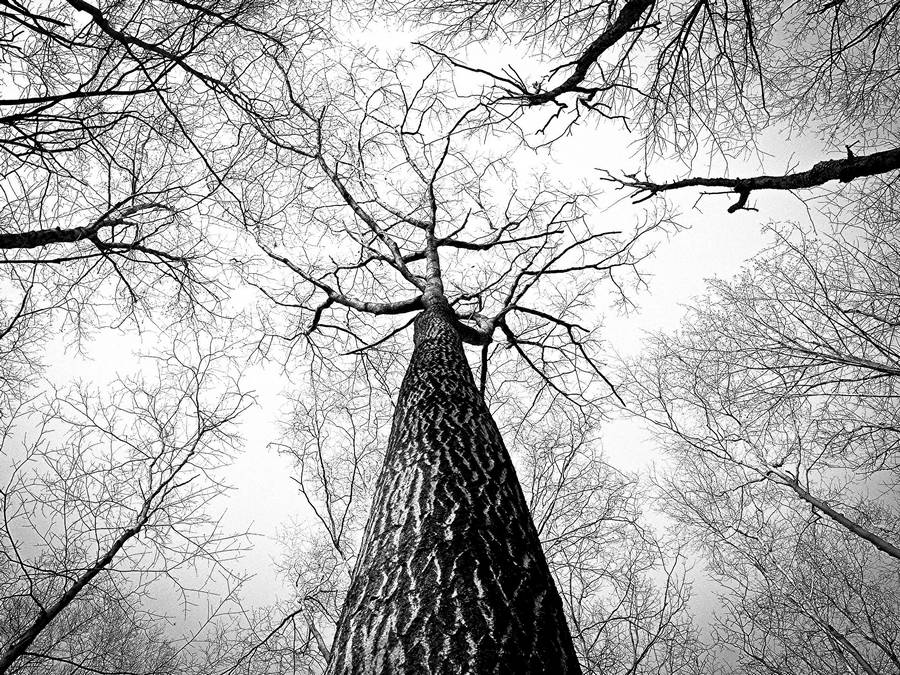 A refugee family forced by the police to get off a bus and abandoned in a forest at a temperature of 11 degrees below zero, near the border with Bulgaria. An attempt of illegal expulsion?

On Sunday 18th of December, the very day in which the World Migrants Days is observed, the Serbian organization InfoPark , a refugee support centre active in downtown Belgrade reported an attempted illegal push back of a Syrian family at the border with Bulgaria. The case involved a group of 7 migrants, among which a 2-years old child.

The group was riding on a regular bus heading to Bosilegrad - a small town in Southern Serbia - where, as recommended them by the authorities in Belgrade, they would have registered in one of the refugee camps to spend there their time before being able to cross to Hungary. Indeed, the family was regularly registered in the country, as confirmed by the documents in their possession, proving their expression of interest to seek asylum in Serbia.

But they never made it to their final destination: in the proximity of Vladičin Han, a southern town not far from the border with Bulgaria, they were forced to get off the bus. As reported by the InfoPark staff, the family was evicted from the bus by a mixed unity of police and military personnel, part of mixed patrols operate since July, when the government decided to set up joint patrols operating on the border with Bulgaria and Macedonia. Their documents were confiscated, and then they were driven with another vehicle somewhere closer to the Bulgarian border, before being abandoned there, in the middle of the night, with a temperature of minus 11 degrees.

It was then only by a fortunate chance that they were able to phone volunteers of InfoPark, with whom they had been in touch during their staying in Belgrade, explaining their situation and providing their GPS localization. They were eventually rescued through the intervention of a local police unit.

The case has received wide visibility so far on Serbian media, not only because of the potentially dramatic consequences of the event, but also because as reported by several organization working in support of refugees in the country, this was not the first case of illegal deportation taking place in Serbia during the past months.

Reactions by public authorities have been so far late and vague. Two days after the case was reported, Commissioner for Refugees in Serbia, Vladimir Cucić, confirmed the event took place, although failing to provide any clarification on the responsibilities.

Three days later, on the 23th, the Ministry of defence Zoran Đorđević claimed he has no clue as to who and why may be responsible for the events which took place on the 18th, a position confirmed also by general Ljubiša Diković who reminded the big effort and commitments Serbian army forces have deployed so far in dealing with migrants and refugees entering the country.

Meanwhile, a replacement has taken place in the head of the mixed unity patrolling the border, with the previous commander Želimir Glisovic being replaced by Mileta Jelić, with no details available on whether the change is anyhow connected to the case involving the Syrian family.

To clarify the situation, we have interviewed Nikola Kovačević, who works for the Belgrade Centre for Human Rights (BCHR) , one of the organization providing legal assistance to migrants in Serbia.

You met to the Syrian family involved in the case. How are they at the moment? Has the initial version of the occurrence been confirmed during your meeting with them?

They are now in the camp at Bujanovac, awaiting for they turn to move on to Hungary. They do not want to seek asylum in Serbia. The organization I work for, BCHR, has become their legal representative. We will follow their case, waiting for the results of the investigation by the Public Prosecutor Office and, in case this fails to recognize the violation of their rights and to determine the responsibility for what happened, we will be taking the case to the Constitutional Court of Serbia and from there, if necessary, to the European Court of Human Rights. Indeed, their case directly calls into question a violation of Article 3 of the European Convention, which forbids inhuman and degrading treatment along with torture.

The way in which they have been treated provides all ground to invoke Article 3 of the Convention, as their life was deliberately put at risk when they were left in the middle of a wood, at night, with a temperature of minus 11 degrees.

You will not raise a case concerning the fact that the Syrian family was allegedly subject to an attempt of illegal refoulement?

Those responsible for the eviction of the family from the bus have acted in a very sophisticated manner, as the group was not accompanied across the border. There is thus no ground for claiming that refoulement was taking place, although the intention seems to go in that direction.

Do you estimate that other similar cases have been taking place so far? And if so, is there any reason why such instances go unreported?

We know that this is not the first case, but we need to have grounded proofs of the specific occurrences before we go public. In the last 15 months, we have overall 3 cases about which we do have concrete proofs and not just testimony.

The first took place in June 2015, it was made public by the Ministry of Social Affairs Aleksandar Vulin, who announced that 400 migrants had been returned to Macedonia. At the time he did not realize this accounted to a case of collective push back.

The other case dates back to October 2016, when as reported by MYLA, a Macedonian organization providing legal assistance to refugees in that country, several migrants arrived to the Tabanovce camp after being pushed back from Serbia.

Finally, the third case is the one involving the Syrian family. On these three instances, we have concrete proofs which allow us to seek proper court proceedings.

On the other hand, we are cooperating also with the Hungarian Helsinki Committee about five cases related to push backs from Hungary.

Why didn’t migrants involved in other cases get in touch with Serbian organization after going through similar attempts?

Most of the cases involve people who are just passing through the country. Their first objective is to move forward in their journey, which is perfectly understandable. This is also the reason why they would not be willing to report these facts to the Police. It is hard to persuade them to remain longer in Serbia for their case to be examined if their priority is different than that.

What is your impression about the way in which public authorities reacted so far? What do you expect next?

We expect rapid and effective investigation, which should be taking into consideration the testimony of the police staff who was on call that night, examining other witnesses, taking into account GPS locations of those involved.

Swift investigation is mandatory in such cases. As made clear in the ECHR case law, when there is a potential violation of Article 3, the investigation must be conducted promptly, with no delays admitted. There is hence no room for postponing the investigation from the side of the Public prosecutor Office in Vladicin Han, who is responsible for the case. Delays on the basis of holidays or similar argumentations would not be acceptable. We will wait for the publication of the investigation initiated also by the Office of the Serbian Ombudsperson.

We expect some results by mid-January.

The general feeling is that there may be an attempt to push this case under the carpet. Another worrying consideration is the lack of independence affecting the investigation by the police, which is in this case called to shed light on its own activity.

Meanwhile, local UNHCR staff has recognized that other similar cases took place, but also claimed that the practice is not implemented in a systematic manner. How do you interpret this declaration?

As it is the case with other organization active in the support and protection of refugees’ rights, also UNHCR needs to be cautious and grounds its claims on proofs. A cautionary approach is thus unavoidable.

Meanwhile, Večernje Novosti spread the information according to which the family concerned by the attempted push back was itself preferring to go to Bulgaria instead of heading to the center. Can we call it a disinformation campaign?

Media disseminating this version base their claims on the statement by the Ministry of Social affairs, but it is clearly doubtful and unsubstantiated. The group was riding on a regular bus, on which they were escorted by authorities in Belgrade. This proves that the officials knew why they were on that bus.

According to that version, the family would have covered a distance, on foot, on themselves, which is not reasonable. It would have physically impossible to cover that distance on foot. The only way to explain how and why they got so far away from the point in which they were forced out of the bus is to accept the explanation that they were brought there with another vehicle.

Those responsible for that will have to respond of an act that may well be defined as an attempt at murdering them by leaving them deep in the wood at minus 11 degrees.

If the practice is confirmed, there could be consequences also on bilateral relations with neighbouring countries. Did any public reaction come from Macedonian and Bulgarian authorities so far?

No reactions that I know. We need to keep in mind that this is a practice that many countries have adopted so far, not only in the region but across entire Europe.

When it comes to the management of forced migration, Serbian authorities have invested much effort in building up a positive image so far. An effort which was praised also in the latest progress report about Serbia. If confirmed, the practice of push backs could seriously undermine that effort.

The positive image depends much on political statements but does not always find correspondence in the practice. It is true that, compared to other countries in the region, Serbia has deployed some positive measures. It has to be noted in particular that there are no closed centres in Serbia, and no walls limiting the access of people in need to the country have been built so far. The same cannot be said for other European countries.

But there are problems, too. In particular, the poor living conditions in the camps.

To save its reputation, now Serbia has to guarantee due prosecution of the episode and to punish those responsible for what happens that night.