Refugees in Serbia: the stance of civic society 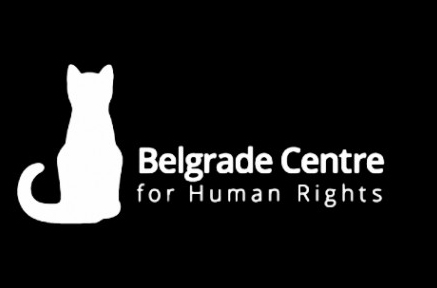 Pavle Kilibarda, researcher at the Belgrade Centre for Human Rights, explains the situation of refugees and asylum seekers in Serbia. Interview

What is the Belgrade Centre for Human Rights and which are its main activities?

The Belgrade Centre for Human Rights is an NGO with a long experience in working on human rights issues in Serbia. It was founded in 1995 and has since engaged in many activities relevant to these matters. At present, the BCHR publishes an annual report on the state of human rights in Serbia, monitors national war crimes trials, and the position of national minorities.

Since 2012, the Centre has also been the implementing partner of UNHCR in Serbia on a project to improve access to legal assistance to asylum-seekers. Asylum issues have become one of our key activities and include the provision of professional free legal aid - including legal counselling and representation in the asylum procedure, advocacy, strategic litigation - outreach and other activities.

Who are the migrants that seek asylum in Serbia and why do they do so?

OBC is part of the transnational network of media and NGOs promoted by Mediapart.fr to tell the stories of migrants and refugees and of the solidarity movement across Europe. Also on  Facebook and Twitter

Very few people actually remain in Serbia asking for asylum. In the period January-July 2015, a total of 66,428 people were recorded as asylum-seekers at the border police stations, which is a tremendous increase compared to the 16,490 in the whole of 2014. We still don't have the August statistics, but we believe there may well have been over a hundred thousand people by now. Only 484 out of 66,428, however, are actually going through the entire procedure and submitted an asylum application in 2015. At the same time, by the end of July, only a total of 14 persons were granted asylum. Usually the people who stay in Serbia are those who can afford to stay at a private residence, regardless of nationality, and who do not have family or other ties to an EU member state. People granted asylum this year include refugees from Iraq, Syria, South Sudan and Ukraine.

What are the most common issues for which refugees in transit ask your help?

Most people require humanitarian assistance. They are not interested in staying at an asylum centre, because these are remote from the main bus and railroad station in Belgrade. Many people require medical and psychological support, food, water and hygienic amenities. There is no organized response by the government in Belgrade, although there is in Preševo, in southern Serbia, which is the entry point for 90% of the people. A lot of the assistance is provided by national and international NGOs and by the Belgrade citizens.

How is the Serbian civic society preparing to deal with the phenomenon in the long run?

Although there are many NGOs now active in working with refugees in Serbia, especially in Belgrade, and a level of coordination does exist, in the long run civil society cannot replace the State's role. We cannot open reception centres, hospitals and other such facilities, nor do we have the capacity to help everyone, unfortunately.

The Serbian Government distanced itself from the Macedonian and Hungarian management of the migration flow, presenting Serbia as a good host. What do you think about this?

This is not entirely true. Serbia surely did not build a fence along the border like Hungary, or tried to block the entry of refugees like Macedonia, or sent armoured vehicles to the border like Bulgaria and Romania.

However, the authorities haven't really done anything positive except for opening the reception centre in Preševo, which is a one-stop centre where people are registered before moving on to Belgrade, and then from Belgrade to the North, into Hungary. Likewise, when instances of ill-treatment of refugees by the police were reported in the past, the government denied everything and called the accusations false. There were no allegations of systemic or widespread abuse, of course, but there have certainly been incidents without any investigation or follow-up. And the situation might change if ever more people were to become interested or forced to stay in Serbia.

The Belgrade citizens are often presented as empathic towards refugees, as many of them had a similar experience during the wars of the '90s. Nevertheless, there have also been xenophobic demonstrations and hatred episodes. Which is the general attitude of the population?

So far, migration issues in Serbia have been off the agenda because people do not stay here. However, with the current mass flow, this has started to change, and many media outlets have begun writing spectacular stories about refugees and migrants, presenting them as a security and health risk. Extreme right wing groups have finally organized protests, alleging that the EU has made a conspiracy to settle 400.000 'illegal migrants' in Serbia. However, the government banned the protest and, at the same time, there was a counter-protest in order to raise awareness of the plight of refugees.

Many people are genuinely interested in helping refugees and there are many, many citizens who bring them food, clothes, medications etc. On the other hand, most people do not believe that they should stay in Serbia, which is a poor country with many economic problems. We very often speak to refugees in the streets, and they report abuse much more rarely than before. To the contrary, many speak very kindly of the assistance provided by the local community.