Serbia: the moral damage of the Interior Minister 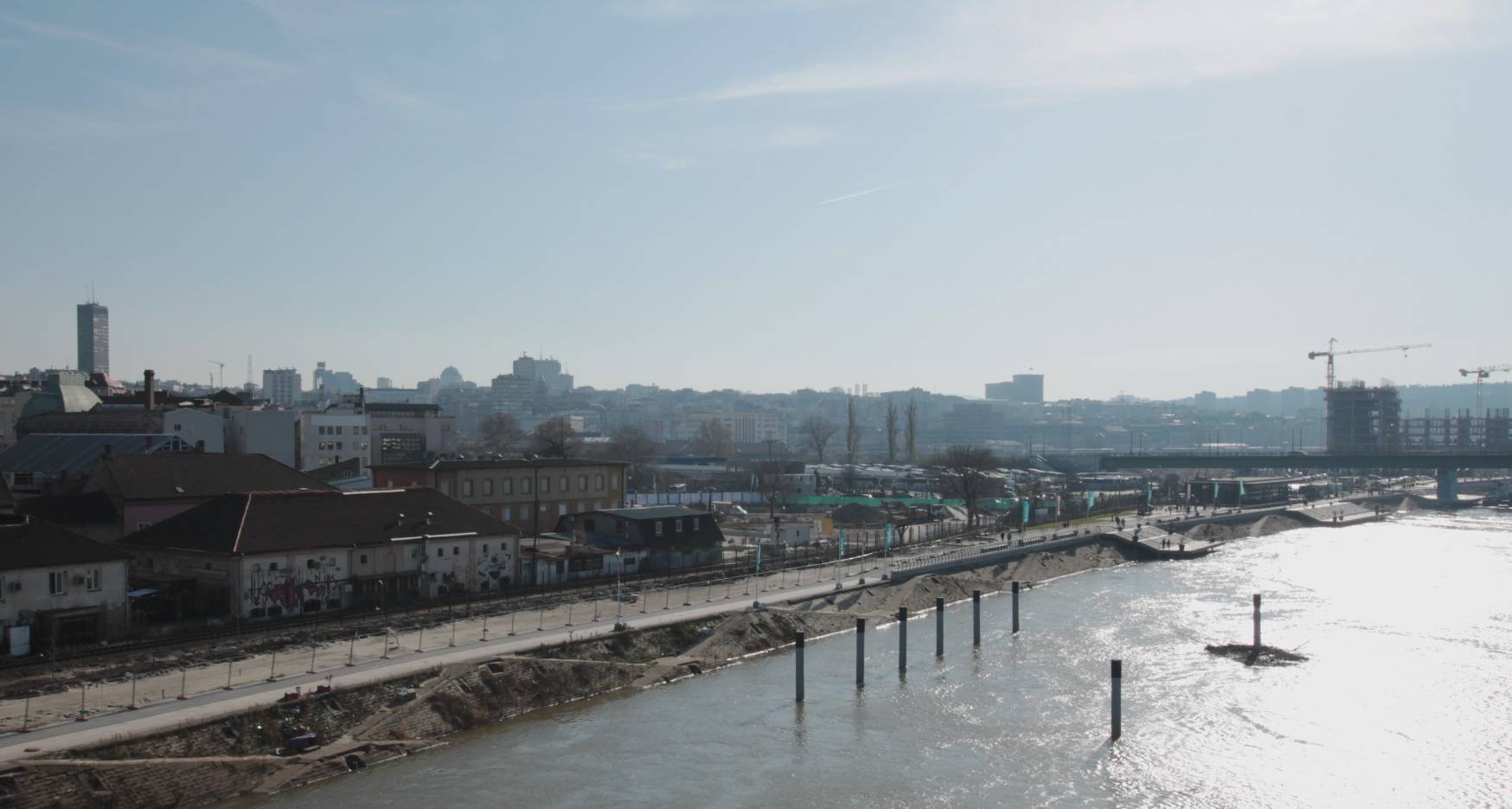 After eight months of investigations, the police and the prosecution have not yet managed to identify the hooded men who, on the night between April 24th and 25th 2016, on the orders of someone still unknown, blocked a downtown area of Belgrade, held passers-by, tied and disarmed a security guard, and demolished several buildings in the neighbourhood interested by the "Belgrade on water" project. The reason why the police did not respond to calls for intervention by citizens also remains unknown.

On the other hand, justice reacted much more effectively to the allegations by Interior Minister Nebojša Stefanović against the weekly NIN. The minister accused the journalists of moral damage and libel for the cover reading "Nebojša Stefanović – the main masked man of Savamala". 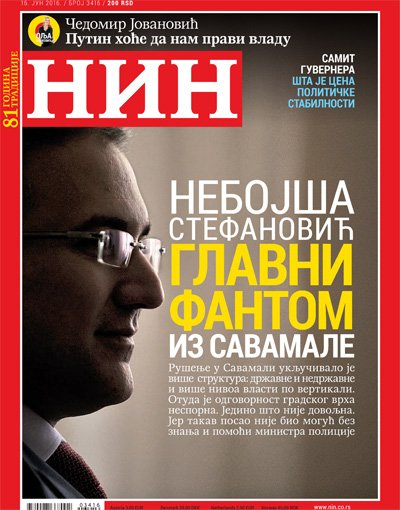 The trial lasted only one day and the verdict was issued on that very same day. A month later, just after New Year, the editors of NIN were issued the maximum fine, about 2,500 Euros.

The verdict appears to be a response set forth by institutions to silence those tens of thousands who have been protesting for months for the aggressiveness of the State on the "Belgrade on water" project, under way for years, which that night reached its peak with physical violence against some citizens.

It also appears to be a message for those media trying to investigate a series of sensitive issues related to "Belgrade on water" – the content of the agreement between the Government of Serbia and the United Arab Emirates, that acquired the land to build the upscale neighbourhood (Arab company Eagle Hill is the majority shareholder of the project "Belgrade on water") and the obvious violation of a series of regulations and laws to build the promised huge towers, parks, buildings, swimming pools, and sports facilities.

In the historic district of Savamala, private homes, warehouses, and various other buildings have been demolished since March 2014 to make way for the project – the biggest investment of Aleksandar Vučić's government.

In the night between April 24th and 25th of last year, while the headlines were dominated by the results of the early parliamentary elections, buildings belonging to three private companies were destroyed. In a country where buildings are illegally raised and destroyed almost daily, this was probably supposed to go down without much fuss. Yet, what has angered a section of public – and still remains unexplained – was the presence of dozens of people in uniforms and masks, sent to supervise the demolition.

The only official investigation document available is the report of the Ombudsman Saša Janković who, two weeks after the facts, released the testimonies of citizens and police officers, pointing to a series of criminal offenses.

Citizens who found themselves or were passing through the Savamala district were stopped and taken out of their cars by masked people with telescopic bats and blinding flashlights, who also took their documents and mobile phones and forced them to sit with their heads between their legs. The caretaker in charge of the security of one of the buildings was disarmed and handcuffed. Once completed the demolition, the masked men removed the records of security cameras, ordered the hostages not to tell anyone what had happened, and disappeared in cars without license plates.

The citizens involved, once "free", called unsuccessfully for police help – judging by the transcripts of telephone conversations published in the Ombudsman's report, it is clear that "someone" had ordered to ignore the citizens' calls.

Later, Vučić declared that anyone who ordered the demolition at night is "a complete idiot, because it had to be done in broad daylight", and that "no doubt, behind what happened in Savamala there are the highest administrative bodies of Belgrade". The prime minister then stated that he did not read the Ombudsman's report and that the investigations will provide all the answers.

As time passed, though, every question or criticism has been discredited as an attempt by "foreign mercenaries" to throw down the state and the government.

NIN is one of the few outlets that has constantly reminded that the Savamala case has not been solved. In June 2016, it published an article which highlighted the main elements of the Ombudsman's report and the questions that remained unanswered, along with comments from well-known legal experts.

The cover and the title "Nebojša Stefanović, the main masked man of Savamala" wanted to imply that the Interior Minister still would not give information on the outcome of the police investigation or the responsibilities of those officials of the Belgrade police station who did not respond to citizens' calls that night.

The author of the piece, analysing the facts known so far, wrote that the entire operation, including blocking part of the city, "involved several state and non-state structures and other levels of government", and that the responsibility of the city government is unequivocal, but not exclusive, as such "work would not have been possible without the knowledge and support of the Interior Minister".

Minister Stefanović, however, says that that night he waited for the election results and then went to sleep, and only around noon he found out what the entire Belgrade already knew – that the city centre had been occupied by masked people who had mistreated citizens while some buildings were demolished illegally.

The ruling states that the journalistic comment on the minister's responsibility is based on "inadmissible", "illegal", and "false" information. It also says that the court "could not, nor is competent to, ascertain who were the organisers of the incident in via Hercegovačka (Savamala)", and then adds, "it is false to imply that the complainant (i.e. Nebojša Stefanović) organised, participated in, and contributed to" the demolition in Savamala.

Finally, according to the ruling, the Interior Minister "is not authorised to give orders to the police administration and police stations...or replace police chiefs...and therefore cannot be held responsible for any failure in their work".

The court acted as if it was not the duty of the Interior Minister to protect citizens and the legal system of the state. The judges also did not find it puzzling that the results of the investigation have not been disclosed yet and that there are no complaints for crimes committed in the couple of hours of the blockade.

So far, the only ones who have ended up in the dock because the "Savamala scandal" are the journalists. In a country where trials usually last years and where the most "contentious" cases lapse, it took all of one day for the court to ascertain that questioning his honour and reputation caused "moral damage" to minister Stefanović. One night in the centre of Belgrade, one the other hand, was enough to show that in Serbia the law is administered by masked men and the judiciary by politicians.