Serbia: who profits from arms sales? 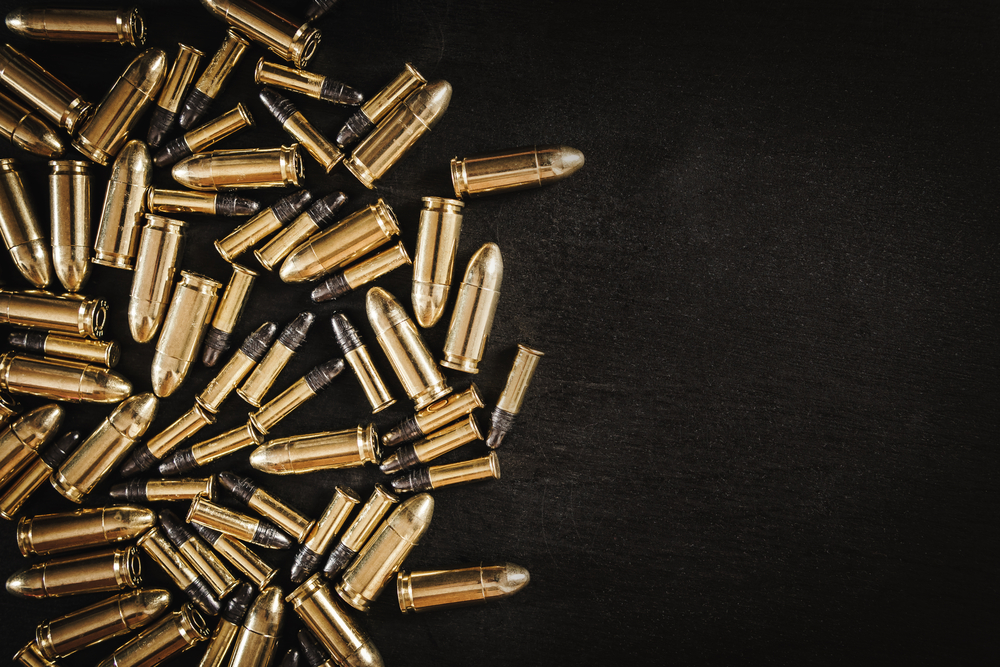 In the arms trafficking scandal recently exposed in Serbia, a state-owned company was allegedly damaged to the advantage of a private company that involved the father of the Minister of the Interior. The whistleblower ended up in jail

For twenty days, no one but his family knew why Aleksandar Obradović had been arrested. A few weeks ago, BIA (Serbian intelligence) agents arrived with five cars with flashing lights at the Krušik weapons and ammunition factory in Valjevo, and took Obradović from his workplace.

Only thanks to an article on Obradović's arrest, published by weekly NIN, Serbian public opinion became aware of the fact that Obradović leaked some documents showing that the father of Nebojša Stefanović, Interior Minister and one of the closer collaborators of Serbian president Aleksandar Vučić, is involved in an arms trafficking deal that allegedly caused damage to state-owned company Krušik, while favouring some private companies.

Independent media in Serbia have compared Obradović to Assange and Snowden, while President Vučić has rejected any criticism and hypothesis of the involvement of Minister Stefanović and his father in the illicit arms trade.

Aleksandar Obradović, 40, an IT expert, was arrested last September 18th on charges of revealing trade secrets because he leaked to journalists some documents showing that the GIM company, linked to the Minister's father Stefanović, had purchased armaments at favourable prices from the Krušik company.

Some facts reported by Obradović were already known. A year ago, some media revealed that Branko Stefanović – who had formally retired – as a representative of the GIM company based in Belgrade, allegedly carried out an intermediation activity between the Krušik company and some arms dealers from Saudi Arabia. Last September 15th, the Arms Watch portal published some documents showing that the GIM company had purchased weapons from Krušik on favorable terms. The managers of the Krušik company promptly denied these claims.

A few days later, the Balkan Investigative Reporting Network (BIRN) published some contracts showing that the company linked to the father of the Interior Minister had bought mines from the Krušik factory at favourable prices.

While the independent media published compromising documents on Branko Stefanović, the BIA found that Aleksandar Obradović was passing information to journalists. Instead of investigating the non-transparent affairs related to the export of Serbian weapons and the possible involvement of state leaders, the BIA has arrested Obradović.

After a protest organised in front of the Belgrade prison, where Obradović was imprisoned, the judge for preliminary investigations granted Obradović house arrest pending trial.

In an interview given after his release, Obradović said: "I didn't do anything wrong, I didn't tell any lie, I didn't steal anything. I just wanted the truth about Krušik's business to come to light. [...] I argue that the state is systematically taking money away from this company".

On Tuesday, October 22nd Marinika Tepić, vice president of one of the main opposition parties, the Freedom and Justice Party (SSP), asked President Vučić to clarify to Serbian public opinion his relations with Mohammed Dahlan, former head of the Palestinian secret services, who in 2013 obtained Serbian citizenship despite being wanted by Interpol, and with Adhan Abu Madalala, who was Palestine's first ambassador to Montenegro, currently residing in Belgrade. Showing some photographs depicting Vučić together with Dahlan and Madalala, Tepić accused the President of being involved in private and party "affairs" regarding the export of Serbian weapons to Saudi Arabia and the United Arab Emirates, which eventually end up in conflict zones, and to order the arrest of people who report illegal activities related to the arms business. At the time of publishing this article, President Vučić has not yet responded to the accusations made by Marinika Tepić, and so far has never wanted to comment on the revelations by some Serbian and international media on his links with Dahlan.

It is also suspected that the weapons sold by Krušik did not end up in Saudi Arabia, as stated in the sale contracts, but in the hands of some terrorist groups in Yemen. However the investigators, at least according to the information released so far, are not following this track, despite the fact that several documents have already been published that show that the weapons Serbia sells to countries like Saudi Arabia, Jordan, United Arab Emirates, and Turkey end up on the battlefields in the Middle East.

A survey carried out a few years ago by journalists from BIRN and OCCRP (Organized Crime and Corruption Project) revealed that Serbia is one of the crucial channels for arms trafficking and that Serbian arms companies "work at full capacity". Reacting to the publication of this inquiry, Aleksandar Vučić, then Prime Minister, stated that "even if Serbia managed to increase the production of weapons by five times this would not be enough to satisfy the demand".

Judging by the content of the documents leaked by Aleksandar Obradović, it seems reasonable to hypothesise that some private companies linked to politicians in power profited the most from the sale of arms produced by state-owned companies.

Also a report by weekly NIN seems to confirm this hypothesis. Indeed, it showed that in the last three years the value of Serbian arms exports has increased by 80%, and the turnover of the GIM company has increased by 3,146 times, while over the same period the turnover of state-owned company Yugoimport SDPR, which deals with the import and export of arms, has decreased considerably. GIM recorded a strong increase in turnover in the period when Branko Stefanović entered the business of arms sales, for which, in addition to the license issued by the Ministry of Defense, it is also necessary to possess an authorisation issued by the Ministry of the Interior, led by Nebojsa Stefanović.

Message to the prosecutor's office

Commenting on the revelations about the affairs of the company linked to Branko Stefanović, President Vučić stated that this is a manufactured scandal and that "the opposition is conducting a brutal campaign against government officials" – a campaign that, according to Vučić, also involves the whistlerblower working in the Krušik factory. Vučić denied any possible involvement of Interior Minister Nebojsa Stefanović – who is also vice president of Vučić's party – and his father in non-transparent business, and in doing so sent a clear message to the prosecutor's office about what it should not investigate.

The Defense Ministry also made itself heard, arguing that Obradović's claims about Krušik's operations are inaccurate and malicious, and that Obradović's purpose is to "upset the public and employees of that company, and to help foreign competitors in their attempt to destroy Krušik and take its place on the international market".

In Serbia only a few independent media outlets have dealt with this scandal and the case of Aleksandar Obradović. Most of the mainstream media and high-volume, government-controlled newspapers have called Obradović a "spy" and a traitor to his company. The prosecutor's office, the anti-corruption agency, and other competent institutions remain silent.

Given these premises, it is not surprising that in the city of Valjevo, in western Serbia, for twenty days, until the publication of the aforementioned article by weekly NIN, nobody dared to say anything or ask what happened to their fellow citizen and why he ended up in jail. About 200 people participated in a demonstration organised in Valjevo to express support for Aleksandar Obradović, including – according to media reports – only a few Krušik employees.

This is not the first case of abuse of power and failure to comply with the whistleblowing law. In 2016, two agents from the Central Directorate of Criminal Police in Belgrade filed a complaint against their superiors, accusing them of carrying out an illegal operation at the commemoration ceremony for the twentieth anniversary of the Srebrenica genocide in 2015, when some agents of the Serbian police, including the two police officers who filed a complaint, were ordered to pretend to be journalists and film the event in secret, including the attack on then Prime Minister Aleksandar Vučić during the ceremony. After filing a complaint, the two agents were fired, then arrested and detained for over a month. The charge against the agents is that of having revealed official secrets and the trial against them, closed to journalists, is still ongoing.