Struggle of identities in Northern Cyprus 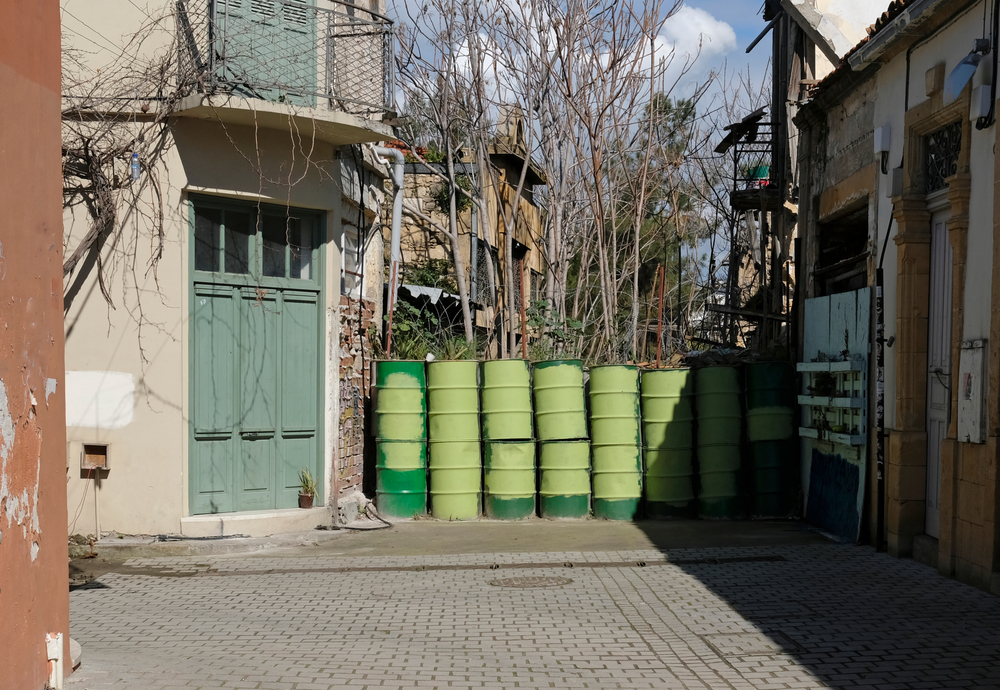 The parliamentary elections in the Turkish Republic of Northern Cyprus (TRNC), initially scheduled for late April, were postponed until further notice because of the COVID-19 outbreak. Meanwhile, the Turkish Cypriot community struggles to find a solution to the perennial ethnic and nationalist conflict in the island

Despite the lack of promising perspectives for the solution of the conflict, in last year's European elections, a Turkish Cypriot politician was successfully elected to the European Parliament. Niyazi Kızılyürek, an independent candidate for the Greek Cypriot Marxist party AKEL, the Progressive Party of Working People, became the first MEP to be elected with votes from the most important communities in Cyprus, the Greek and Turkish Cypriots.

Kızılyürek has been one of the main voices in Cyprus to challenge the ethnic and nationalist narratives that have contributed to the de facto division of the Greek and Cypriot communities. Before being elected as MEP, Kızılyürek had become one of the first Turkish Cypriots to move from the north to the south when he took a job as a professor at the University of Cyprus in Nicosia. His political ideology and actions made him the target of nationalists from both sides of the island. Yet, Kızılyürek kept developing his academic work focusing on a historical review of the main nationalist discourses in Cyprus and its consequent national identity construction processes.

One of Kızılyürek's main research interests has been the figure of Rauf Denktaş, the founding father of the TRNC, a country only recognised by Turkey in 1983. Turkey, a key actor in the development of the political and nationalist conflict in Cyprus, intervenes in the daily political life of the TRNC and is seeking to impose a monolithic Turkish national identity, ultimately making the division of Cyprus permanent.

Dark clouds from Ankara (and from the south)

Turkey, as the sole country recognising the TRNC, exerts an overwhelming influence in the Turkish Cypriot community. The TRNC pays its civil workers (police, bureaucrats, judges, and teachers among others) with a budget established by Turkey, its currency is the Turkish lira, and the role of Turkey's central bank is essential.

Such dependency on Turkey triggered a major reaction from the Turkish Cypriot community against Ankara’s economic and political influence in 2001, when the Turkish economic crisis caused the collapse of the patronage system in the TRNC. As Eastern Mediterranean University Professor Erol Kaymak states, “after the 2001 crisis it became more difficult to sustain the TRNC project”. Therefore, the economic crisis caused a rift between Ankara and the Turkish Cypriot community, which was forced to find a new political project and a new identity.

According to Professor Kaymak, “when there is a crisis and systems break down, people start asking questions”. A legitimacy crisis invested the TRNC's entire state apparatus, accelerating a change of mentality in a large part of the Turkish Cypriot community, who saw the unification of Cyprus as its main political goal.

Against this backdrop, the figure of Denktaş lost legitimacyand was ultimately ousted from Turkish Cypriot politics. On the other hand, pro-settlement and pro-peace parties in the North gained political terrain. Despite hopes for unification, the peace settlement referendum of 2004 was a blow for the political ambitions of the Turkish Cypriot community, which massively voted in favour of this agreement , but did not expect a total rejection of this plan by the Greek Cypriot community.

Parallel societies in the North

The current status quo in Cyprus subjects the Turkish Cypriot community to Ankara’s agenda, now monopolised by President Erdoğan, who has few incentives to secure a solution to the conflict in Cyprus.

Kızılyürek, interviewed by the author in his MEP office of Northern Nicosia, highlights several problems arising from such exposure to Ankara, namely Turkish investments in the TRNC, rising Islamisation of the public space, and the change in demographic balance between Turkish Cypriots and Turkish migrants, generally coming from Anatolia. These dynamics, according to Kızılyürek, “make Northern Cyprus a sort of Turkish protectorate”.

Kızılyürek adds that these policies do not directly affect the Turkish Cypriot community, which he describes as “proud of being Cypriot, with a secular way of life, and Western-oriented”. Instead, they “create a parallel society in the North”, mainly composed by economic migrants from Anatolia, that has triggered a major Islamisation of the public space through the construction of new mosques , and with religion gaining terrain in the Turkish Cypriot education system.

According to Kaymak, Ankara is applying a political logic based on changing constituencies: “if you don’t like the electoral result, change the population”. Kaymak states that “political and cultural clashes between communities in the North are increasing”, so much so that a new political party was created in the North only to represent Turkish economic migrants living in North Cyprus. Kaymak adds that “having parallel societies in the North is a further step for annexation from Turkey”.

Identity conflict and response to Ankara

Kızılyürek, alongside TRNC President Mustafa Akıncı, has become one of the main critical voices against Turkey's economic and political interference in the daily life of the Turkish Cypriot community.

As Kızılyürek highlights, the name given to this community is also a key element in their fight for its identity. When Denktaş established the TRNC, this community was called “Turks of Cyprus” (Kıbrıs Türkleri in Turkish), identifying them as an extension of the Turkish nation in Cyprus. Instead, Kızılyürek and his political allies and followers have rejected this formula, associated to Denktaş' pan Turkism and ultranationalist ideologies, and have adopted the concept of “Turkish Cypriots” (Kıbrıslı Türkler).

Despite growing social resistance, the TRNC's political and economic isolationism hinders the community's daily life and future perspectives. Kızılyürek argues that “Turkish Cypriots are resisting, but this is an isolated community with no status, the resilience of Turkish Cypriots cannot last forever”. Kızılyürek adds that “the Turkish Cypriot case is not Quebec or Catalunya, Turkish Cypriots are not separating to build their own state with their own identity, there is no space and no legitimacy for this state, and [independence] would mean that Northern Cyprus turns into Turkey. Permanent partition means permanent presence of Turkey in Cyprus”.

As Kızılyürek acknowledges, the only response to Turkey’s interference is the solution of the conflict in Cyprus, “there is no other answer to Turkey”. “This means that the Greek Cypriot side should be ready to share power with Turkish Cypriots”, “we have to work towards a Cypriot federal state member of the EU, that is the protection for [all] Cyprus”.

The resolution of the Cyprus conflict could set a new political trend in the face of the increasing power of ultranationalist political parties in Europe, which are pushing for a regression towards monolithic national identities. Kızılyürek sees “federalism as an answer to nationalism, not only for Cyprus, but also for the EU”. According to him, “power sharing wannabe, federalism wannabe, is the best way to be yourself with your national identity, and at the same time to share politically a common space with other national communities on the basis of equality”.

In this context, Brussels appears as the only hope for the future of the Turkish Cypriot community within a unified Republic of Cyprus. Certainly the EU has a key role to play in this scenario, and Kızılyürek expects “the EU to get more and more involved for the unification of the island”.

Each passing day, the Turkish Cypriot community loses chances of coexisting within a same state alongside their Greek Cypriot neighbours, while its isolated republic gets closer to becoming a de facto Turkish province. The next parliamentary elections, now postponed due to the COVID-19 emergency, will influence the near future of the Turkish Cypriot community, but more time will be needed to see if this community can finally get rid of Turkey’s influence and settle a peace agreement to share a united Cyprus with their neighbours.