Greece and Turkey: machismo in the eastern Mediterranean 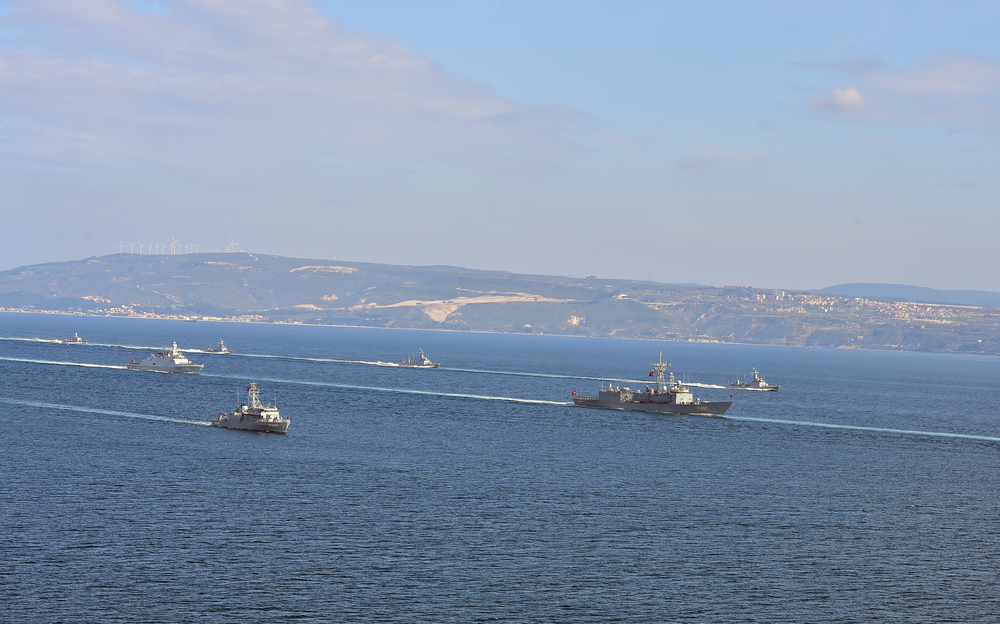 A clash with ancient roots, reactivated by the discovery of huge energy resources on the seabed: throughout the summer Turkey and Greece showed their muscles in the eastern Mediterranean. But is there an actual risk of an open conflict? An analysis

"We were being sent on a mission to Megisti, a remote island in the Aegean. The smallest, the furthest away. Strategic importance: zero". In June 1941, with this spirit, Lieutenant Raffaele Montini was leading a platoon of eight Italian soldiers, soon to be forgotten on a small island inhabited by Greeks, just a couple of kilometres from the Turkish coast.

Megisti, the small island also known as Kastellorizo ​​or Castelrosso, was an Italian possession at the time. In fact, since the 1920s, Italy controlled all the islands of the Dodecanese archipelago, of which Megisti represents the easternmost extension. It would have been interesting to know what emotions Lieutenant Montini felt a few years later in 1947, when, with the peace treaty signed in Paris, Megisti and all the other islands of the Dodecanese were ceded to Greece.

Montini, however, never existed. He is a fictional character played by Claudio Bigagli in "Mediterraneo", the 1991 film by Gabriele Salvatores which was awarded in the USA with the Oscar for best foreign film.

As the tension between Greece and Turkey has been rising in the sea area where Megisti is located in recent weeks, it feels strange to think of what Lieutenant Montini said, looking dejected at the semi-desert island at the beginning of the film: "strategic importance: zero".

Megisti today is one of the main hubs over which Ankara and Athens are fighting furiously for strategic control of the eastern Mediterranean. Except for a slight collision between a Turkish and a Greek warship, for now the conflict has only been a rhetorical one, although the tones used in Turkey are incandescent. For example, a foreign policy adviser of Erdoğan's, live on TV, explicitly mentioned the possibility of war by claiming that he himself would shoot a Greek pilot if Turkey were attacked.

This currently seems unlikely, even though during the summer the military presence in Mediterranean waters has certainly strengthened and both Greece and Turkey have conducted naval exercises.

The Greek islet of Megisti legally allows Athens to claim control of the surrounding waters under the UN maritime legislation of 1982, a document signed by almost all the countries bordering the Mediterranean with the exception of Turkey, as well as Syria and Lebanon .

Ankara, instead, looks at the short distance – just over 2 kilometres – which separates Megisti from the Turkish coast and at the fact that the island is geographically dominated by Anatolian territory. Although small and very close to Turkey, Megisti has been a Greek territory since 1947, and its presence prevents Ankara from having full control over the sea that extends from the south-western tip of the Turkish territory – a situation perceived as unacceptable by Turkey.

And not just by supporters of President Erdoğan, who during the summer went back to threatening military interventions to control the maritime areas disputed with Greece. Even the most nationalist part of the Turkish population, which generally does not vote for Erdoğan and feels tied to the founder of the secular Republic of Turkey, Atatürk, totally backs the president on this point.

Erdoğan has indeed sworn to defend the "Blue Motherland" at all costs – a maritime area of ​​462,000 square km that represents Turkey's ambition of maritime expansion and was conceived in 2006, with the name of Mavi Vatan, by Turkish admiral Cem Gürdeniz, a military man who has never hidden his hostility to the political Islam embodied today by the Turkish president.

The Mavi Vatan theory is based on the assumption that Turkey today is a different country than it was in 1923, when the current Turkish and Greek borders were defined with the Treaty of Lausanne, and in 1947, when Greece took possession of the Dodecanese. Those who believe in the blue motherland look to the undeniable development that Turkey has had in the last 20 years and believe that today's economic conditions must justify a much wider maritime control by Ankara.

However, this theory ignores the treaties that defined the current borders of Greece and Turkey and also the UN law of the sea of ​​1982, however not recognised by Ankara. Despite the objective legal impediments and the accusations of invasion of Greece, Erdoğan insisted on the blue motherland throughout the summer, as demonstrated by his recent statements: “Turkey will take its share in the Mediterranean, but also in the Aegean and the Black Sea. When we say we want to do something, it means we will do it, we are ready to pay the price of our actions".

Already in July, Turkey had clearly demonstrated its determination by sending one of its vessels on an energy exploration in the disputed waters, off Megisti. The Turkish mission instantly rekindled all the various conflicts with the Greeks, which in large part have very robust historical roots regarding the very existence of the two states.

Rather than as a sudden act of force, Greece looked at the episode as the straw that broke the camel's back. Indeed, the Turkish mission arrived during the tough controversy over Erdoğan's sudden decision to convert Hagia Sophia into a mosque and the situation was already marred by another problem: the maritime agreement that Turkey signed with the Tripoli GNA in November 2019 and which was immediately defined as illegal by Greece.

Following a mediating action by Germany, Erdoğan unexpectedly withdrew the vessel. The gesture was immediately interpreted as an opening towards Athens, but the tension was rekindled just a few days later, when Greece signed a maritime agreement in the Mediterranean with Egypt – a plan that Turkey rejects because it would affect areas of the sea ​​on which Ankara believes it has rights. In a short time, the Turkish energy exploration ship returned to the disputed waters and the Mediterranean became increasingly militarised.

To understand how the issues between Ankara and Athens actually affect many other countries and the European Union in general, however, we must look to another island in the eastern Mediterranean, much larger than Megisti. Divided since 1974 following a Turkish military invasion, the island of Cyprus hosts one of the oldest UN missions and its northern part is a territory recognised only by Turkey, while the south of the island is a state that has been part of the EU since 2004.

The discovery in the last 10 years of energy resources in various areas off its coast has exacerbated the precarious administrative condition of the island, transforming the "ethnic" dimension of the conflict into an energy race that puts Turkey in competition with many states of the EU, including Italy.

In February 2018, a vessel used by ENI for energy drilling in the waters around Cyprus was blocked by Turkish warships and forced to turn around . Even in the case of Cyprus, Turkey believes it does not have what it deserves and the energy exploitation of the area remains banned precisely due to the fact that the other forces involved are struggling to find compromises with Ankara.

The tensions in the eastern Mediterranean that began in July near the island of Megisti are now converging in the disputed waters off the coast of Cyprus, where a few days ago Turkey began a joint military exercise with Turkish Cypriot forces.

If we compared the Turkish military power with Greece's – a comparison invoked almost daily in the public debate in Turkey today – Ankara would be much stronger than Athens. The issue of the eastern Mediterranean, however, concerns a multiplicity of actors and for this reason military confrontation between the Greek and Turkish forces alone does not represent a credible option.

Would it really be convenient for Turkey to move alone into a conflict with Greece? Probably not, especially considering that Athens is part of the European Union and, although there is no common army in the EU, Brussels would certainly take a clear position should its eastern border be attacked from abroad.

A war between Turkey and Greece would also raise serious questions regarding NATO. A conflict of this magnitude between two NATO members would potentially put an end to the Atlantic Alliance itself by forcing Turkey to totally lean towards Russia – and probably becoming dominated by it – or to remain isolated.

So far, the EU has not been appreciative of either country's attitude, accusing both sides of enacting a "macho policy". With Ankara, however, Brussels has decided to use the "carrot and stick" policy, as stated by President of the European Council Charles Michel who, after the possible sanctions against Turkey mentioned by the High Representative of EU Foreign Policy Josep Borrell, announced a "multilateral conference" which will soon involve all the countries that have outlets on the Mediterranean.