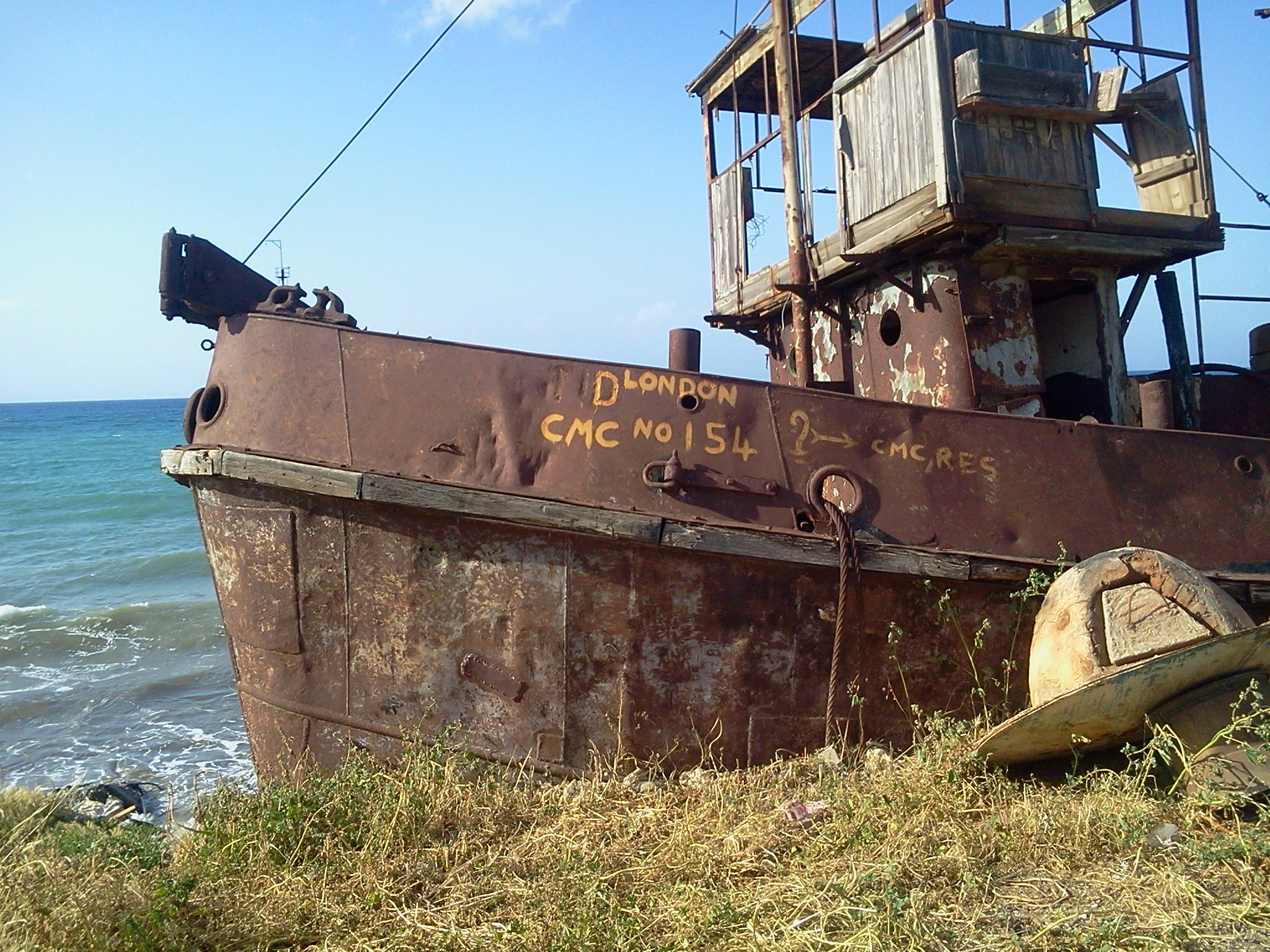 When UN Secretary General Ban Ki-Moon announced on the 21st of April that the eagerly awaited international conference would not take place, the last hopes were shattered of seeing Cyprus take its turn in the EU presidency as a reunited Country. Not a surprise, certainly. Indeed, there is just a crumb of hope of seeing any evolution in the negotiations. A report from the island

Spring is the season of hope. But not in Cyprus. The fields of the large undulating plain surrounding Nicosia burst with colors and new life, but the message coming from the chambers of diplomacy is clear: for the island, the time to reunite has not yet come. On the 21st of April, UN Secretary General, Ban Ki-Moon, put an end to the last glimmer of hope of overcoming the impasse before the Republic of Cyprus officially takes over the Presidency of the EU next July 1st.

After meeting with his Special Adviser Alexander Downer, Ki-Moon announced that the international conference that was supposed to revive the hopes for a compromise between Greek Cypriots and Turkish Cypriots would not take place. The positions of the two Communities, separated under one roof by the armed intervention of Ankara’s army in 1974, were too distant to hope for a positive outcome (Turkey's intervention was triggered by a coup d’état wanted by the Greek Colonels in an attempt to unite the island to Greece).

The list of missed opportunities thus gets longer. No one seems really interested in giving a new boost to negotiations. Not the Greek side, which identifies with the internationally recognized and legitimate Republic of Cyprus, nor the Turkish side, which declared its independence in 1983 by creating the Turkish Republic of Northern Cyprus, only recognized by Ankara, which stations some tens of thousands troops and provides financial support to the government.

It is clear that the inauspicious influence of the failure of the 2004 Annan plan, which was supposed to fulfill the dream of a Country uniting on the entrance into the EU (on that occasion, the Turkish Cypriots voted “yes” on the referendum, turned down, however, by the vast majority of Greek Cypriots) is still felt.

The Greek Cypriots seem to have entrenched themselves behind the position of firmness that comes from being a European member. “In the six months we are going to hold the Presidency, peace talks could continue”, stated the Cypriot Foreign Affairs Minister, Erato Kozakou Markoullis, right after Ban Ki-Moon’s announcement. No one, though, seems to take it too seriously. Presidential elections are going to be held in February of 2013 and the current head of state, the Communist Demetris Christofias, deemed to be a man of dialog, appears to be in serious difficulty. A leadership less keen on compromise could come out of the polls.

The Turkish Cypriots were showing greater interest in overcoming the standstill, held in the protective but stifling embrace of Ankara and ostracism on the international level. In the past few years, though, even they have gone back to holding less conciliatory positions. So much so that, after defeating the moderate Mehmet Ali Talat, it is Derviş Eroğlu who has been leading the self-proclaimed Turkish Republic of Northern Cyprus since 2010: a leader of extremist positions and traditionally against the only form of compromise deemed practicable, that of a “bi-zonal” and “bi-communal” federation.

Also amongst the young, few seem to believe in a turning point. “We have gotten used to living side by side, but without actually meeting, and maybe it is too late to go back”, tells Oshan, a reporter from a local Turkish Cypriot tv channel. “There is a lot of talk about agreements, but it is clear now that no one has the political will or the courage to make them real”, echoes Kristina, a political sciences student, in a bar in the Greek part of Nicosia, right after the green line cutting through and dividing the city.

“We are always open to a peaceful solution, but if there is anyone who wants Cyprus to remain divided, that is Christofias”, we are told by a convinced İrsen Küçük, Prime Minister of Northern Cyprus, in his Northern Nicosia office, dominated by a huge portrait of Atatürk. According to Küçük, what proves the bad faith of the Greek Cypriots is the almost-reached agreement between Nicosia and Tel Aviv for the exploitation of recently discovered gas reserves in the seabed between Cyprus and Israel. A few weeks ago, the Israeli Foreign Affairs Minister, Avigdor Lieberman, paid a long visit in Nicosia to settle the last details. Bilateral negotiations, Lieberman then stated, are “about to reach a conclusion, and the signature should be near”.

“When a party acts unilaterally, the other party can only adapt”, Küçük continues, announcing that “Northern Cyprus decided to commence its own drilling, which will be performed by TPAO, Turkey’s state oil&gas company”. At least on paper, gas could turn out to be an important element to make the opposing parties come closer. From an economic point of view, the most rational choice is that of channeling hydrocarbons towards Turkey, to then transport them towards EU markets through already functioning distribution networks.

In situations of conflict, though, opportunities often become new elements of tension. The Turkish Prime Minister, Recep Tayyip Erdoğan, has not hidden his firm opposition to drillings planned by a former ally (Israel) and an old adversary (Cyprus). Before the reunification of the island, Erdoğan declared with a belligerent tone, any exploitation of resources hidden under the seabed would be “madness”. Some displays of power in the Eastern Mediterranean followed, up to the recent decision of carrying out parallel drillings.

Turkey's position, an emerging power in the region, and the course of its relations with the European Union remain fundamental for Cyprus's fate. If in 2004 Ankara, hopeful for a real prospect of full EU membership, pushed for Turkish Cypriots to vote “yes” on the Annan Plan, today the standstill in relations with Brussels has gradually curbed enthusiasm.

In the past few weeks, rumors of a possible “Plan B” filled the pages of the Turkish press first and of the Cypriot press after that. Apparently, Turkey intends to promote this Plan, should negotiations be stranded for good. The “Plan” apparently provides for a renaming of the Turkish entity in “Turkish Cypriot State” and the subsequent search for international recognition based on the pattern of what happened for Kosovo. “We know nothing of the Plan”, we are told by Aytuğ Plümer, Undersecretary of the Foreign Ministry of Northern Cyprus. Who then adds, “we cannot stand forever waiting for an agreement that never comes”.

The issue is further entangled by many of the negotiation chapters of the possible - but more and more unlikely - entrance of Turkey in the European club being blocked, indeed because of the firm opposition by the Cypriot government. It comes as no surprise, therefore, that Ankara has announced the freezing of relations with the EU during the six months of the Nicosia presidency.

Europe, made fragile and self-referential by the economic crisis, continues to send mixed messages on the issue, without having the courage to definitely show Turkey the door nor welcome it amongst its members. After the entrance of Cyprus in the EU, Brussels’ position as mediator in the dialogue between the parties has come out weakened. The meeting with the Italian Alessandra Viezzer, head of the EU Program Support Office for Northern Cyprus, leaves the impression that there is an elaborate and difficult tightrope walking to keep communication with Turkish Cypriots open, with the constant fear of irritating the Cypriot government.

If to this overall framework you add up the worsening of the Syrian crisis, which more and more absorbs the attention and negotiating energies of the UN and the international community in the region, the “Cyprus issue” seems to be truly bound to be frozen. Who knows for how many springs to come.