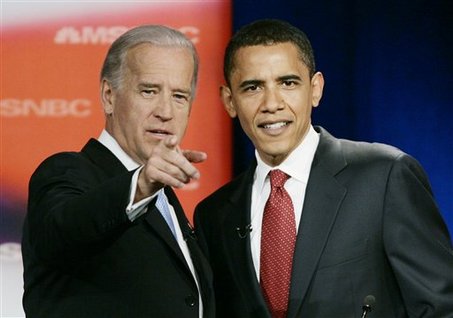 The US President-elect Barack Obama has stated several times his opinion on the long-lasting Cyprus issue. Even before his election, he noted that the divided island needed a politically negotiated solution. This statement is long overdue

A United States President has never spoken of a "Turkish military occupation of Cyprus". Precisely 20 days before the election, Barack Obama, together with his vice-presidential candidate, Joe Biden, addressed the Greek-American community, especially numerous around his home city of Chicago.

Obama's campaign website also shares his thoughts on Cyprus: "A negotiated political settlement on Cyprus would end the Turkish occupation of northern Cyprus and repair the island's tragic division while paving the way to prosperity and peace throughout the entire region. It would also give Cypriots a firm foundation on which to build their future after many years of division and uncertainty. It would help foster better Greek-Turkish relations, strengthen Turkish democracy, reduce the risk of military conflict, and remove a major obstacle to Turkish membership in the EU".

Obama and Biden's recipe for reaching and agreement between Turk-Cypriots and Greek-Cypriots? "We firmly believe that Cyprus should remain a single sovereign country in which each of the two communities on the island is able to exercise substantial political authority within a bi-zonal, bi-communal federation. There must be a just and mutually agreed settlement of difficult issues like property, refuges, land, and security."

These words make not vague but specific reference to the "hot" issues discussed since September 3 by Dimitris Christofias, the President of the Republic of Cyprus (this primarily ethnic Greek state is recognized by the UN) and Mehmet Ali Talat, leader of the ethnic Turkish, self-proclaimed state of Northern Cyprus, created after the Turkish invasion of the island in 1974 and recognized only by Turkey.

"Now we expect that facts and specific solutions follow these statements," eagerly wrote Christofias,in his congratulations letter to Barack Obama the day after Obama's election victory. Obama understands the multiethnic reality and sensibility better than any other politician in America and is now about to sit on the chair of the most powerful man on the planet.

"His election and powerful call for change have created great expectations not only with the American people, but the entire humanity," continued Christofias,"Therefore, the world expects the United States to be the determining partner in the collective efforts which await us, recalling the principles of international law and respecting the United Nations Charter. Our two nations have in common the values and principles you have constantly repeated: respect for human rights and fundamental freedoms, of democracy and rule of law." Christofias concludes, "These are the same values and principles the people of Cyprus strive for, by virtue of a unified island, without military occupation forces."

Christofias's representative has subsequently specified, "If international law and the UN decision concerning the withdrawal of Ankara's troupes from our island are enforced, we would have the solution to the Cypriot issue, a solution which would benefit both Greek and Turkish Cypriots."

For his part, the leader of Northern Cyprus, Mehmet Ali Talat, stated that the election of Barack Obama marks an important change for the entire world: "A change which no one could even imagine in the past. I hope it will have a positive impact on the solution of the Cypriot issue. Northern Cyprus has nothing to fear from the new US President."

Hence, a wind of hope blows in this part of the Mediterranean. Nevertheless, the Athens daily "To Vima" is critical: "Let's not forget that when the Democrat Jimmy Carter was elected into the White House, bells rang in celebration in Nicosia, in the hope that the new leader would resolve the Cypriot question, as he had promised in his election campaign. Thirty-two years have passed without any change since, and above all, the known philo-Turkish policy of the United States has not changed."

However, Barack Obama has expressed his specific opinion on linking the end of Turkish military occupation in Cyprus and strengthening democracy in Turkey to the country's entry into the European Union. Furthermore, in the past, Obama has defended minority rights in Turkey and caused concern in Ankara with specific actions. He joined 72 senators to sign a letter to President Bush in 2006, calling him to pressure Turkey to restore the full rights, including properties in Istanbul of the Ecumenical Orthodox Patriarch of Constantinople. Obama wrote a personal letter concerning the issue to Secretary of State Condoleezza Rice. Will the "American dream" which arrived in the White House, also become reality for Cyprus?