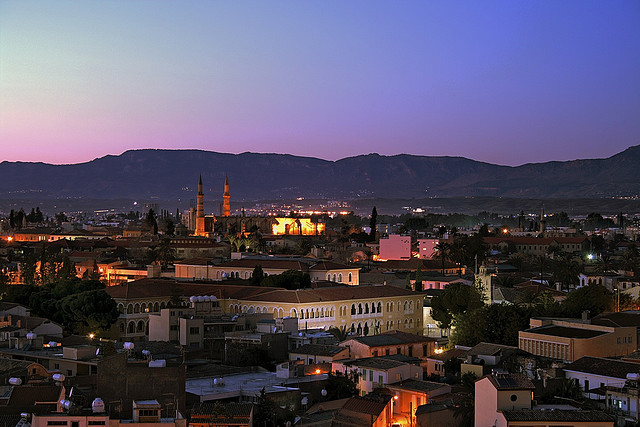 For the first time since 1974, the turkish Cypriots of Nicosia demonstrated against some of Ankara's austerity measures. Turkey's furious reaction is fuelling further tensions on the island, bringing to the forefront the problem of its reunification - one of Erdoğan's ambitions - and the weak role of the European Union

Tens of thousands of Turkish Cypriots are preparing a second round of protests against Turkey in early March. There is a growing mood of bitterness among Turkish Cypriots over the way nationalist electioneering in Cyprus and Turkey, along with Ankara's fading enthusiasm for European Union accession, is eroding hopes for a lasting settlement on the divided Mediterranean island.

The first since Turkish troops invaded Cyprus in 1974 to counter a coup by Greek Cypriot radicals backed by a junta in Athens, the anti-Ankara protests began January 28, when 40,000 Turkish Cypriots, a sixth of the population, gathered in the divided Cypriot capital of Nicosia.

The protests were sparked by austerity measures imposed by Turkey, which provides $700 million in aid every year to the Turkish Cypriot entity, unrecognized internationally and embargoed by the European Union.

But many are expecting a much larger crowd in March, as Cypriots worried about their jobs are joined by those angered by the Turkish government's heavy-handed reaction to the first protest.

"I wasn't there on January 28 because I am not a civil servant and I'm not likely to be affected by this economic package," said Salih Sahin, a hotelier in the coastal town of Girne. "But I'll be out March 2. I've had enough of all this talk coming out of Ankara about how I have to shut up and do what they say because they saved our lives in 1974."

Sahin was referring to the furious response of Turkish Prime Minister Recep Tayyip Erdogan to a handful of explicitly anti-Turkish placards waved on January 28.

"Who … do you think you are?" Erdogan said February 3. "My soldiers died for you, fought for you, I have a strategic interest [in Cyprus].... People fed by our country... have no right to protest in such a way."

"Why were they waving Greek flags," he added. He was referring to the flag of the Republic of Cyprus. Turkey was one of three countries to guarantee in 1960 the bi-ethnic federalism and independence of the republic from Britain.

Tensions rose yet further when the organizers of the first protest announced that they would be marching again on March 2. A day after the announcement, on February 11, Turkey abruptly replaced its ambassador to northern Cyprus with a hugely unpopular senior official who designed the austerity measures Cypriots were protesting. "The appointment looks like Ankara's way of punishing Cypriots for failing to prosecute the protestors, as Erdogan had told them to," said Niyazi Kizilyurek, a political analyst at the University of Cyprus.

Turkey's behavior has led some to speculate that the Justice and Development Party (AKP) government has given up on seeking a solution on the island just seven years after it dramatically reversed decades of Turkish support for the divided status quo by backing a United Nations-backed plan to reunite the island. Northern Cyprus "is well on the way to becoming the 82nd province of Turkey," says Cengiz Aktar, a political scientist at Bahcesehir University in Istanbul.

During a visit to the internationally recognized Greek south of Cyprus on January 11, the German Chancellor Angela Merkel implied something similar, praising Greek Cypriots for their "creative" approach to on-going negotiations and regretting that "the Turkish side is not responding accordingly."

Many Turkish analysts agree that Turkey's 2004 volte-face over Cyprus was a tactical move aimed at ensuring a start to the European Union accession proceess early in 2005. But they see Merkel's words as an example of how the EU has become part of the problem on Cyprus, rather than part of the solution.

Three months before her visit, they point out, a UN report on on-going efforts to reunite the island said Greeks and Turks both appeared half-hearted about the process. Sources close to the negotiations say that, if anything, Turkey and Turkish Cypriots have shown more enthusiasm for pushing forward, lobbying for a March 2011 deadline to talks which was vetoed by Greek Cypriot leaders.

Turkish disenchantment with the European Union has its roots in Brussels' admission of Greek Cyprus, despite its vetoing of a UN-backed reunification plan at referendum in 2004.

Refusing to fulfill requirements to open its ports to Greek Cypriot vessels until Brussels honors its pledge to lift an economic embargo on Turkish Cypriots, Turkey has had eight of its 35 EU negotiating chapters frozen by the EU since 2006. Five years on, there are only three chapters left to open, and EU leverage over Turkey on the Cyprus issue is fading fast, analysts say.

"The EU has done everything it could reasonably do to punish Turkey" over Cyprus, says Sinan Ulgen, an EU expert and head of the Centre for Economic and Foreign Policy Studies, an Istanbul-based think-tank. "Half the chapters are suspended and half are open. That is how thin the political relationship has become."

A Cyprus expert at the Turkish daily Radikal, Erdal Guven says that Turkish officials have come to the conclusion that no new chapters will be opened this year. He adds that there is no reason why they would push for them to be opened either: at around 45 percent Turkish support for EU membership is 30 points down since the heyday of euro-mania in Turkey five years ago, according to recent polls.

More importantly, with crucial parliamentary elections due before June, Erdogan's AKP seems to have decided to play the nationalist card.

Erdogan wants to get the two-thirds parliamentary majority he needs to push a new Constitution through on his own, Sinan Ulgen says. "To do that, he is trying to push [a right-wing nationalist opposition party] below the 10 percent national threshold" for parliamentary representation.

On Cyprus, it is surprisingly easy to find people confident that January and March protests will spell the beginning of a new era in relations between Turkish Cypriots and "the motherland," as they tend to refer to Turkey.

"For years, Turkish Cypriot specificity has been sacrificed to abstract talk about national struggles," says Niyazi Kizilyurek, the Nicosia-based political analyst. "The demands Cypriots are making now are concrete: Cyprus has a different identity. Turkey needs to take concrete steps to respect that."