Enlargement of the EU to the Western Balkans: negotiations on agriculture 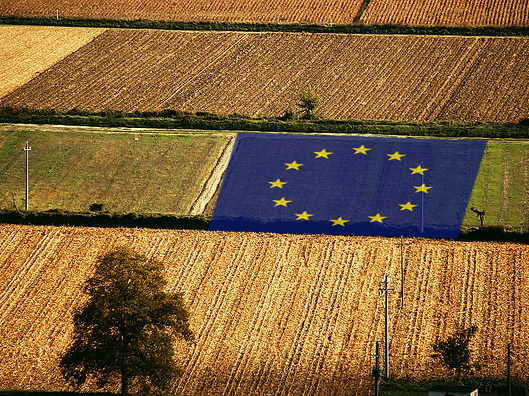 After 2013 the European Common Agricultural Policy, known as CAP, will bring about numerous changes that the majority of the Western Balkans will have to adapt to. An incentive for modernising the agricultural sector and drawing attention to rural issues. Much apprehension about the future remains

Although there are still many open challenges, the Western Balkans' path towards the EU seems to have taken a well defined course. It’s clear to all actors involved that to keep “an enclave” inside Europe (EC External Relations, 2011) can only have negative social and economic effects.

It’s not by chance that the President of the European Commission, Barroso, despite reaffirming the responsibility of each country to bring about necessary reforms, often underlines that Europe’s reunification will not be complete until the Western Balkans become part of the EU. Croatia's accession is official as is foreseen for 1 July 2013 (as long as the referendum taking place at the end of 2011 has a positive outcome) – it will thus become the twenty-eighth Member State.

Advantages and disadvantages: a look at the 2004 enlargement

The enlargements of 2004 and 2007 saw the formation of significant groups of 'eurosceptics' in the countries to join the EU, mainly among workers in the agricultural sector: In the years leading up to the accession, the opinions of workers in the agricultural sector in Poland were definitely negative, even though studies and forecasts converged on consistent benefits for the sector. Opinions ended up being more favourable as the date of the accession to the EU grew closer: 23% favourable in 1999, 38% in 2002, 66% in 2003, all the way up to 72% favourable a year after joining (J. Wilkin, 2007).

Some of the reasons for this initial 'Euroscepticism' could have been a general feeling of tiredness because of what seemed to be a never-ending transition, the fear of being considered second-level actors in the context of the Common Agricultural Policy (CAP), the introduction of phasing in, meaning a mechanism by which aid directed to the country would have been introduced only gradually, the fear of seeing local markets being saturated by products coming from other EU countries and uncertainty about the future of small family businesses.

All fears which, after accession, were proved mostly unfounded: the market held and was actually strengthened by a strong growth of exports, family businesses continued to survive, there were no mass-purchases of factories on behalf of foreign investors. But especially the farmers benefited mostly from the accession, with the SAPARD program (Special Accession Programme for Agriculture and Rural Development), and from a growing availability of public subsidies used to strengthen and modernise the sector (J. Wilkin, 2007).

The situation is not much different in the Western Balkans today where the perplexities about the CAP are more or less the same: from the future of small family-managed businesses, to fears connected with the scarce competitiveness compared to other countries of the EU, to the difficulties in introducing complex procedures and management systems in companies.

There are many challenges. But from analysing costs and benefits, the latter are likely to be greater. The progressive approach to the CAP can allow many countries to improve their agricultural policies: from increasing transparency in the distribution of resources, to launching the modernisation of the sector and by reaching a greater stability in the measures adopted. All elements that have contributed to creating a medium-to-long term vision that for years had been missing from the national political scene.

The stages of the negotiations on agriculture

Within the negotiations for accession, the one dedicated to the primary sector comes across as one of the most complex and strategically relevant. Not by chance was the agriculture chapter one of the last ones to be completed - 19 April 2011 - in Croatia's accession process.

The agriculture negotiation process involves important reforms, starting from the reinforcement of the capacities of public administrations, both in qualitative (human resource management) and quantitative terms, to the creation of new institutions and the launching of necessary reforms to modernise the sector and prepare it for the CAP. Steps that all the countries in this region, although at different times, have already begun and that are essential conditions harmonising the legislative framework – with the structure and measures that characterise the CAP (i.e. direct payments, market interventions, rural development, financial discipline) – and accession negotiations (E. Erjavec, 2006).

Table 1. Calendar of the agriculture negotiation process on the basis of previous enlargements

Which CAP for the Balkans?

The common agricultural policy the Balkans look towards is not the current one. After 2013, date that will only see Croatia become part of the EU, the CAP will most probably be characterised by many novelties introduced to effectively respond to the future challenges in terms of food, natural resources and land.

The debate on the new CAP started in 2010 with the objective of enabling an open dialogue for all the stakeholders involved: Member States (national governments and local and regional administrations), European Commission, European Parliament, professional organisations, the industrial sector, academia, civil society and rural communities (De Filippis, 2010).

The matters upon which these actors are forming their positions are related to: the overall costs (practically confirmed in relation to the 2007-2013 planning) and to the (re)distribution of the agricultural budget, currently very much unbalanced to the disadvantage of the countries that joined in 2004 and 2007; the future of the single payment scheme - unsustainable in the long run; the objectives, the instruments and beneficiaries of the agricultural expenditure; the maintenance of the pillared structure of the CAP (trade policy – first pillar; rural development policy - second pillar); the issue of co-financing; the future of rural development policy; the financial compensation of public assets (De Filippis, 2010).

Among the hot issues is also a potential redistribution of resources in favour of rural development, until now largely secondary compared to trade policies (direct aid, market interventions), and a revision of the instruments aimed at taking the growing diversity of the agricultural and rural systems of an enlarged Europe into consideration and therefore favouring inclusive and sustainable growth (EC Agricultural and Rural Development, 2010).

A significant role, as underlined also by the European Commissioner for Agriculture, Dacian Cioloş, will be played by instruments devoted to small family businesses (oriented towards full financial support and semi financial support). Although they don’t fulfil the Commission requirements in terms of competitiveness, they carry out an essential role in terms of natural resource management and the preservation of land and rural communities (Cioloş D., 2010).

The underlying motivation for the new reform of the CAP is to be found not only in the new challenges that the agricultural sector and the rural areas are facing, but also in the need to regain credibility in the eyes of civil society and tax payers.

Challenges and progress on route to EU accession

The awareness of not knowing which will be the European model after 2013 could encourage national governments to give up the temptation of re-proposing CAP measures and structure without any kind of adaptation to local contexts.

Without any doubt, also considering past enlargement procedures, the gradual introduction of measures inspired by the instruments used in the CAP framework could facilitate the alignment process of the agricultural sector. It’s, however, just as important to adapt such instruments and measures to local conditions. In many cases, in fact, the objectives cannot yet be the same as those of the EU Member States.

Some countries, especially current 'potential candidates', aren’t ready to put forth a large part of their resources into environmental safety and rural development, but must continue to invest in food safety, market consolidation, the reinforcement of institutions, updating and harmonising their statistics.

There are also specific problems, which are not common on a regional basis, such as the administrative fragmentation in Bosnia Herzegovina or the extreme vulnerability of markets in Albania, and so on.

Croatia, having positively completed the path towards accession, has become an important point of reference, but many are the experiences, even looking at previous enlargement cases, to which candidate and potential candidates may look for inspiration. A significant role could also be played by the absence of linguistic barriers and a common history, in most of the Balkan countries, which could favour the exchange of experiences and good practices linked to the choices to be made on route to European integration.

Table 3. Main challenges and progress on the path towards EU accession. Evaluations by the EC.

EC – Delegation in BiH, The first association BiH citizens have toward the EU is better economy, Sarajevo, 22.06.2011

E. Erijavec (2007), The EU Common Agricultural Policy and the Western Balkan Integration Process and Tasks, Proceedings of the 100 Seminar of the European Association of Agricultural Economists (EAAE), Novi Sad.