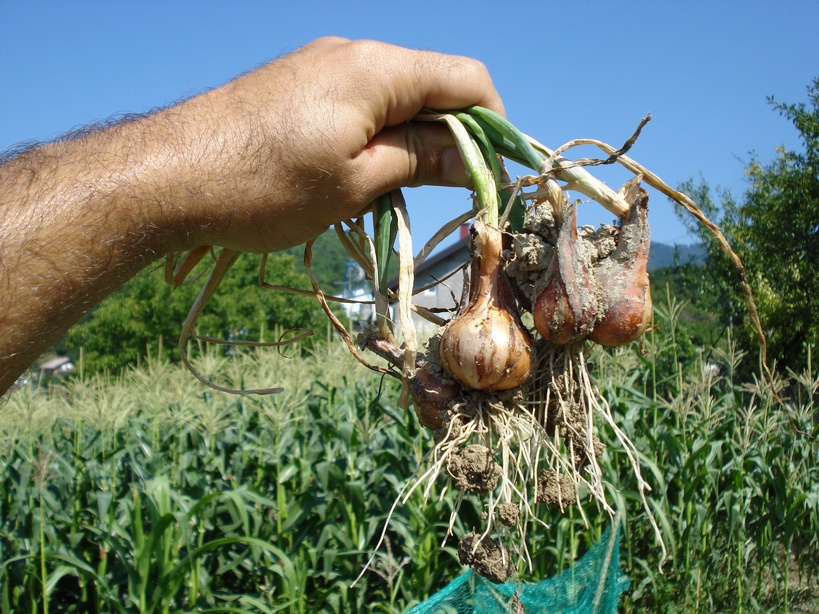 A growing sector, organic production in Croatia. But it still has to deal with highly fragmented government assistance, scarce transparency of information and soaring prices. The third part of our survey on organic farming in South East Europe

At the regional level (Albania, Bosnia Herzegovina, Croatia, Kosovo, Macedonia, Montenegro and Serbia) Croatia is the country that has made the greatest progress towards European integration and has the most modern agricultural sector, also in terms of policies on quality and organic farming. Its course of action in this area is made easier by the country's strong tourist vocation which can count on just about 1800 km of coast and over 1000 islands, a decisive resource for re-launching its development and setting its course towards a European dimension. In this context organic production can also be useful to those forms of alternative tourism (rural, eco-friendly, green, responsible, slow) that are starting to take shape in inland Croatia at a pace often much slower than the dizzyrhythms of the coast.

After the surveys on Serbia and Albania, continuing its research on organic production in the Western Balkans, Osservatorio presents an in-depth examination on Croatia with an interview to Irena Lučić, an organic producer and expert, and Head of the Project Implementation Unit for the pre-accession EU projects within the Department for EU programs of the Ministry of Agriculture in Zagreb.

When did the organic farming discourse start in Croatia?

The framework law on organic agriculture was approved in 2001 in line with EC regulation 2092/91 and subsequent amendments. As from 2008 further changes were brought in, in order to harmonise national law with the new European regulation (EC 834/2007). In general the interest for organic farming has increased over the years, but, in terms of numbers, production is still low: from 2 producers in 2003 the numbers crept up to over 650 in 2009. Even in terms of land use there is still a long way to go until this sector reaches its full development: in 2009 only 8.000 hectares were organically farmed, i.e. 1% of the Croatian agricultural surface.

Where does organic farming stand compared to its conventional counterpart on the local market? hectares were organically farmed, i.e. 1% of the Croatian agricultural surface. At the end of 2010, the number of producers has reached 1,125 units and the organic land used, including the areas devoted to wild and spontaneous plant collection, amounts to 23,000 hectares. In 2011 the National Action Plan for Organic Agriculture started with its impelmentation.

There is no doubt that more attention should be placed on differentiating between organic and conventional producers, however, overall organic production is growing and, even if it still takes up a minority position on the market, it is a very dynamic sector, as is demonstrated by many commercial initiatives.

In which kinds of commercial activities can organic produce be found?

The 'Bio&Bio' chain, the first to open shops specialised in organic production, is to be found in Zagreb, Rijeka, Split and Dubrovnik. 'Zrno'  and Garden are present in Zagreb, and small independent branches have opened in Čakovec, Split, Varaždin, Rijeka, Pula and other cities. Besides specialised shops, organic produce is also to be found in mass distribution networks: you can find organic products on the shelves at Konzum and Drogerie Markt (DM), a German chain with 135 shops throughout Croatia in 57 cities. Growing attention for organic produce is confirmed by corner markets like those of Dolac in Zagreb, where certified producers have their stands. From a promotional point of view, the ‘Eko-Etno’ fair must be mentioned: it is dedicated to traditional and organic food products and has been organised annually in Zagreb since 2003.

Where does organic farming stand within the framework of national agricultural policy?

Croatia is one of the candidate countries for entry into the European Union, thus its legislative framework is highly conditioned by the process of harmonisation with EC law. Obviously it is not only organic farming which has to adapt, but the whole of the first sector must get in line with the common agricultural policy (CAP). From an organisational point of view, within the Ministry of Agriculture, a department dedicated to organic and integrated farming has been created and it deals with introducing laws, regulations and decrees. In the Agricultural Inspection Sector a Department specialised in checking certified organic producers has been set up. There are also seven certification bodies accredited by the Ministry of Agriculture. Even within the Croatian Agricultural Extension Institute a department devoted to organic farming has been created and is manned by 14 experts ready to give consultancies and advice to both the certified producers and others who are interested in this sector.

What about recognising organic products, their image and visibility?

An important step in terms of visibility and communication has been the creation of the logo for Croatian organic produce (Hrvatski eko proizvod) that has been restyled and used since January 2007.

Since 2002, as part of its incentives to help production, the government has adopted a series of measures aimed at supporting organic farming. As for other sectors, these incentives have been characterised by great fragmentation and a lack of transparency in terms of information. Besides national public aid, a further opportunity for the development of the organic sector is to be found in the Instrument for Pre-Accession for Assistance in Agriculture and Rural Development (IPARD) to which Croatia has full access.

Can organic agriculture already be considered an opportunity for farmers or is it too early?

In Croatia organic farming is not yet as developed as in some other Mediterranean countries, but the country's climate and geographic conditions are of great potential as demonstrated by the rise in number of certified producers and promotional initiatives at the national and regional levels. On the basis of Croatia's vocation for tourism, the organic sector can be seen as strategic both in terms of the foreigners' demand, and because the promotion of organic production can be integrated into initiatives linked to the tourist industry's environmental protection requirements. In a generally positive context a significant obstacle remains: the competition with imported organic products that often have lower prices compared to the local and domestic ones.

Thus, with local production still weak, is it difficult to talk about exporting?

The problem is that in Croatia most of the distributors have to resort to imports to satisfy local needs. Croatian organic production is in fact still decisively limited, both in quantitative terms and regarding the variety it offers (fruit and vegetables, juices and jams, types of flour, honey, wine, cereals and medicinal plants are the main products). The opportunities to export products thus remain minimal. Nevertheless, a growing number of producers is hopeful regarding opportunities linked to exporting their goods, as demonstrated by Croatia's participation in 'BioFach', the main European and world famous fair dedicated to organic production.

From producers to consumers: is the internal demand for organic products growing?

The number of producers has reached 1,125 units and the organic land used, including the areas devoted to wild and spontaneus plant collection, amounts to 23,000 hectares. In 2011 the National Action Plan for organic agriculture started to be implemented.

The demand is growing, but the prices are still high and the economic crisis, that has determined a significant reduction of employment opportunities and reduction in salaries, has surely slowed down its pace.

The links between production, distribution and retail sale are not efficient, partly because of the lack of cooperatives and producers' associations. For this and other reasons, prices tend to be high and monopolised by a small number of intermediaries who manage to make significant profits. Despite public sector efforts, the situation is made even more complex by the lack of information: producers receive little information, there are few experts on the ground and there is a lack of area specialists in the universities. However, despite its slow pace, Croatian organic production is making important steps - also thanks to government interest and geo-climatic conditions – which in future could bring the sector closer to the level of the main European and Mediterranean producers.