Small farming in South East Europe at a crossroads 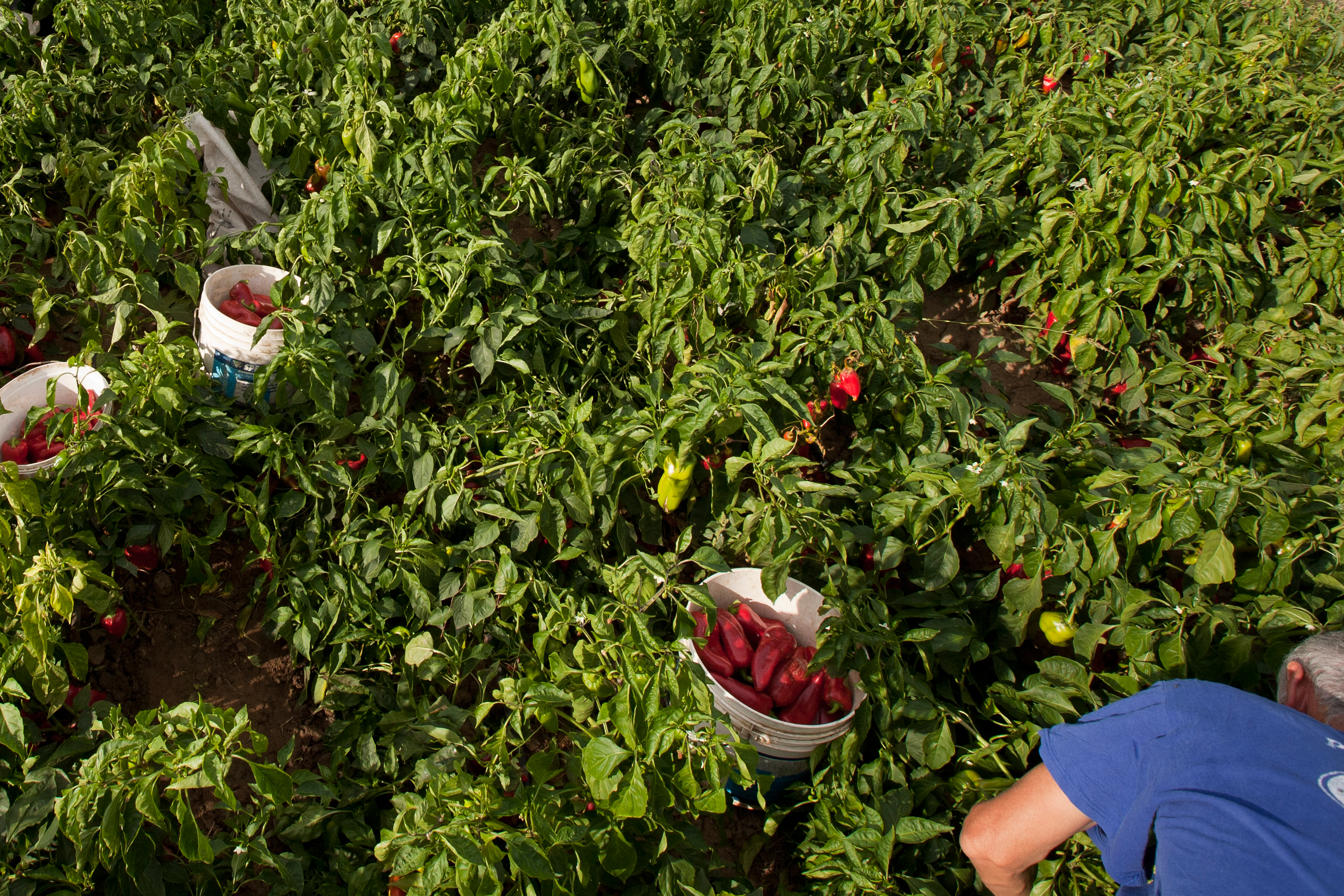 The EU enlargement process introduces new opportunities for small farmers in the Balkans, but also new risks. Slow Food Bulgaria and Osservatorio organized a conference in Sofia on the protection of the region's traditional food

Similar to many other parts of the world, recent years have witnessed a real revival of interest in traditional, local and healthy food in the Balkans, a region known for its fertile land, great weather and long-standing expertise in producing some of the tastiest products to be found.

EU accession has certainly brought new market and export opportunities to local farmers, but experts are also alarmed about the decline and even extinction of some traditional products in younger member states like Bulgaria and Romania.

In an effort to raise awareness about this process and prevent it from happening in other Balkan countries aspiring to join the EU, Slow Food Bulgaria recently organized a conference in Sofia aimed at offering a broader view, and possible solutions to, the problems facing small agricultural producers.

Agriculture, food and sustainability for rural areas in South East Europe. 57 producers from Albania, Bosnia Herzegovina, Bulgaria, Croatia, Macedonia, Romania, Serbia and Turkey. The event took place in the frame of the 11th international exhibition "Interfood & Drink" and is part of the project "Tell Europe to Europe" supported by the EU and the Provincia autonoma di Trento. See the presentation video. Go to the programme

Petyo Ivanov from the village of Razhevo in Bulgaria has a goat farm and produces cheese, but says he is not selling it. "We don't do that because there is a certain set of documents that we have to submit if we want to offer our products in stores,” he said. “Things do not happen that easily in Bulgaria - especially in the food sector where there is so much administration and documentation that at some point you think - 'where am I going, what have I gotten myself into?'" he explains.

According to Ivanov, some production requirements are way too strict and would take huge investment unaffordable to small farmers. Big producers, meanwhile, can easily afford these requirements. Thus, smaller farmers are pushed out of the market.

Dessislava Dimitrova, coordinator for Slow Food for Southeast Europe and the Balkans, believes all Bulgarian small farms face the obstacles Ivanov described. Governments in the Balkans try to harmonize their local legislation with EU rules too literally, often missing opportunities to take advantage of existing mechanisms that offer flexibility, including when it comes to hygiene and other operational requirements.

"As a result of the formal application of EU regulations, the small producers, the family farms, have actually been deprived of the opportunity to produce and sell their products, and we, consumers, have been deprived of our right to choose - whether to buy industrially-produced foods offered by international chains or opt for healthy foods that we really like," Ivanova said.

Opting for healthy, traditional food, however, may not be that easy, and such products often cost more.

Where have the small farmers gone?

Finding healthy, traditional food has become a difficult mission in big cities. According to Magardich Hulian from the Traditions and Entrepreneurship in Agriculture Association, small producers are "hiding in villages, by roadsides, and on small streets near big markets: anywhere they can go unnoticed." He believes one reason is the refusal of the state to recognize them as actual producers and provide a clear definition and rules for their activities.

Twenty-four years into Bulgaria's democratic transition, there is no clear legislative definition of the notion "small farmer.” This leaves them operating in an unclear - and often complicated - regulatory environment.

The second reason lies with the very producers - many of them prefer to operate in the grey economy, where they can continue to operate without any rules and without taking any responsibility.

According to Bulgaria's latest census of agricultural producers, carried out in 2007, there are 370,000 agricultural producers operating in the country. Some 340,000 of them are small, with an average annual production volume of 8,000 euros. Of that share, 70% have a standard annual production volume of less than 2,000 euros. At the same time 93% of these farms are family-owned and operated.

"This is a very warped model of agricultural production. A large number of small farmers who use a relatively small share (30%) of the arable land, with the rest operated by cooperatives, companies and lease holders," Hulian explained. He warned that this lack of balance inevitably affects consumers, who have witnessed the consequences for the past several years in the form of increasingly difficult access to traditional, tasty Bulgarian fruits and vegetables, dairy products and meat.

What can be done?

Experts believe the way to saving small farmers and ensuring consumer access to traditional, healthy food depends on legislative action. Another important aspect is drafting a sustainable and thorough policy and long-term strategy for the sector that would ensure the gradual strengthening of its participants.

Last but not least, flexibility should be applied in the interpretation and implementation of EU regulations. Many countries in the region are still fighting to overcome their communist past, which has left a legacy of rigidity among civil servants who put high value on industrial approaches to agriculture and food.

More initiative should also come from farmers themselves. One of the problems facing the Balkans, and all of Europe, is that most farmers are pensioners. While Europe is taking measures to deal with this problem by providing incentives for younger people willing to join the sector, there is no comprehensive regional policy to further that goal.

Another problem has to do with the lack of properly educated and trained agricultural professionals. Education is a mandatory pre-condition for modern and traditional agriculture, therefore those working in the sector need to be educated and trained, including on how to market and sell their products.

According to Hulian, promoting small farmers would bring three significant benefits to society.

From an economic point of view, these people would be fairly compensated for their work. Currently, many of them sell their products to resellers at extremely low prices. If they had a chance to access consumers directly, which will happen if they get clear legislative positioning and a treatment corresponding to their status, they would get a higher living standard.

This, in turn, would attract more people to this activity, which would help alleviate a serious strategic social problem - the de-population of smaller towns and villages.

A third positive aspect of small farming is that it is environmentally friendly. In most cases, it is found in places that are suitable for the specific agricultural activities and have existed for generations. Selling the products at their place of production would also cut harmful transportation emissions, also improving human health as people will consume fresh products.

"An industrially produced cheese made using chemicals, artificial ingredients which has spent months in a fridge is not at all the same as the cheese that a shepherd has made with his own two hands, using the milk he has produced. These are two different worlds," says Piero Sardo, president of the Slow Food Foundation for Biodiversity.

He believes that what people should do is decide whether one of these worlds should disappear, "because when we make a choice to buy a product, we are actually deciding on the fate of the small producer,” Sardo says.

While some might say society can survive on industrially produced products and without traditional producers, Sardo says it would come at the cost of historical traditions, landscapes, and myriad other things.