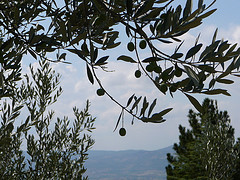 Organic agriculture is still a small sector in South East Europe. While Croatia is starting to show consistent figures, other countries are definitely lagging behind. A significant factor across the region (Albania, Bosnia Herzegovina, Croatia, Kosovo, Macedonia, Montenegro, and Serbia) has been the speedy growth of the two main ingredients: organic producers and allocated land. The number of producers, currently fewer than 700, is growing slowly while the surface area devoted to organic farming has soared to reach 1.7 million hectares. It is worth noting that the increase in the land used is partly due to the inclusion of areas devoted to pasture and berry collection.

Following our article on organic agriculture in Serbia, the focus is now on Albania.  An interview with Endrit Kullaj, researcher at Tirana's Agricultural University and director of Sonnentor Shpk, a company involved in the production and harvesting of aromatic and pharmaceutical plants for Sonnentor GmbH Austria, a world leader in the sector:

When did organic agriculture start in Albania?

The organic agriculture movement was founded in 1997 but the numbers are still small, with around 100 producers and 0.01% of all arable land used for organic agriculture. At the regional level, Albania is probably the country with the smallest surface devoted to organic agriculture. In terms of regulations, the first relevant national law was Number 9199 in 2004, developed with the support of several international donors, but it has not been fully implemented yet.

So the sector is not yet mature...

Despite several regional and international cooperation projects and the efforts of a few producers, organic agriculture is still a niche activity. Organic products are sold in only a few specialty shops or markets. The producers' current inability to provide a wider range of products does create big differences on a seasonal basis and makes it hard to achieve large, organised distribution.

What is organic agriculture's role within the national agricultural policy?

After many years of lobbying, organic agriculture was officially included in Albanian agricultural policy with the Strategy for Development 2007-2013. This strategic document includes an action plan and two forms of subsidies, available since 2007 and which consist in contributions covering 50 percent of certification costs and the financing of ecologic traps to protect olive trees.

Can Albanian organic agriculture become competitive? Is there potential for export? 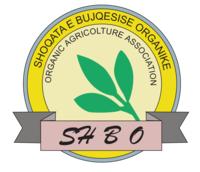 In terms of exports, the absence of a local market and a significant pricing premium has led both local producers and cooperation and assistance projects to focus mainly on foreign markets. There are several success stories with fruit and vegetable products, chestnuts, pharmaceutical plants, and olive oil.  These projects have been based on consolidated commercial relationships with Germany, Italy, the United States, and Switzerland. In a globalised market, however, Albanian producers cannot be competitive in quantitative terms. The future of organic and Albanian agriculture in general depends on quality. Albania should promote its products relying on quality and its image as a “country of sun and hospitality”, but much work still needs to be done.

What about cooperation with Italy?

Relations between Albania and Italy are traditionally strong, especially in a sector in which the latter is among the world leaders. Let me just mention the many projects developed with Region of Puglia, especially within the Interreg programme. For example, Bioadria, a project aimed at starting regional cooperation between groups of organic producers and characterised by solid partnerships from both the Italian (Abruzzo, Emilia Romagna, Puglia, and Veneto) and Balkan (Albania, Bosnia and Herzegovina, Croatia, and Serbia) sides. From the commercial point of view, besides some Italian companies importing Albanian products, the Italian Institute for Environmental and Ethics Certification (ICEA) also certifies some Albanian producers.

Can olive oil become a leading sector for organic agriculture as well?

The number of certified producers has reached 137, with 284 hectares of organically cultivated land and 251,717 hectares of land devoted to the collection of wild and spontaneous plants (herbs, essential oils, mushrooms, berries) [Souce: Ministry of Agriculture, Food and Consumer Protection, 2011].

Olive growing is strongly rooted in Albanian culture and its agricultural tradition, and certainly represents one of the most promising sectors of organic production, as confirmed by governmental policies that make it one of their priorities. In early 2009, the government devised an ambitious programme for the development of olive tree cultivation: between 2009 and 2013, around 20 million trees will have been planted, thus guaranteeing a significant development in oil production.

From producer to consumer...But what about internal demand for organic products?

As mentioned earlier, an authentic local market is lacking. Despite the many initiatives for the promotion of organic products, the domestic demand is definitely small. Most organic consumers are repatriated migrants who were already aware of the organic sector thanks to their studies or work abroad.

Finally, what are the main barriers to the sector's development?

One of the elements slowing down development is certainly the small size of the Albanian agricultural companies, still finding it hard to deal with the market. This structural factor is accompanied by the limited experience of Albanian producers, both in technical and managerial terms, consumers' scarce awareness and the lack of an adequate system of incentives on behalf of the government.