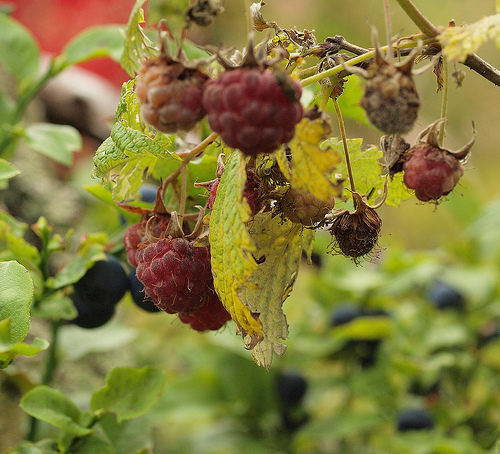 The organic sector is growing and its numbers are becoming significant. The practice of agriculture without the use of synthetic chemicals is to be found in 141 countries worldwide and, between 2000 and 2007, the area devoted to organic agriculture in the world grew by 118%, reaching 32.2 million hectares (data from a Worldwatch Institute study, repeatedly confirmed by market research). In terms of hectares devoted to organic agriculture, Europe is the second continent after Asia. Italy, Spain, and Germany account for around 40% of the EU's 7.8 million hectares, while organic agricultural practices are rapidly expanding in Poland and Great Britain.

What about South East Europe? Despite its strong potential, the organic sector remains extremely complex. Because organic agricultural products compete on quality and certification agencies play a key role, producers need to scrupulously respect regulations. The average consumer is also particularly well-informed. To get a clearer picture, a closer look is taken at the situation in some countries of the region.

OBC has interviewed Nikola Damljanović, who has been working for years as an independent expert, as well as inspector for BioAgricert, an independent agency for the control and certification of organic food products based in Italy and in some South East European countries (Bulgaria, Romania, and Serbia).

When did organic agriculture appear in Serbia?

The first relevant law, adopted in 2006, sought to define a framework for the sector's development. Obviously, regulations were influenced by the European integration process and thus evolved according to the relevant norms that followed (EC Reg. 834/2007, 889/2008).

So, the sector is not yet mature...

Actually, Serbia still lacks a market for organic products: on the one hand, there are not enough products to be affect trade at the level of large organised distribution; on the other, the demand is also still very limited. Most organic products are destined for export. The local market is still largely dominated by conventional agriculture, which uses synthetic chemicals and does not have a control and certification system.

Which role does organic agriculture have within the national agricultural policy?

In principle organic agriculture has an important place in strategic documents related to rural development, environmental protection and the fight against poverty. Everything changes, of course, when moving on from theory to practice. The country lacks action plans and specific measures for the implementation of the theoretical guidelines and support to the sector is currently limited and inadequate.

So far, the budget has been small, with direct funds only reaching a few beneficiaries. The results, if any, remain virtually invisible. However, proposals exist aimed at introducing indirect measures, such as the reduction of value-added tax, for organic production.

What about producers? Is organic agriculture regarded as an opportunity? 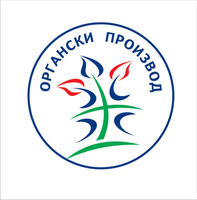 As mentioned, there is no market. Governmental support is limited, and both consumers and producers are not prepared to understand the benefits and potential of organic products. Many producers do not see them as an opportunity. So far, most organic agriculture is practiced by medium to large, export-oriented producers, while small ones still rarely choosing organic. However, in Serbia, a group of small to medium “pioneers” shares the idea that in the medium term the organic sector will start growing like it did in other European countries.

You mentioned exports. Who are the main commercial partners?

The main partners are EU countries, followed by the United States and Japan. The main products are small fruits, like cherries, strawberries, raspberries, blueberries, blackberries and medicinal herbs. There are also some processed foods, such as juices and jams.

What about cooperation with Italy?

In recent years, the Mediterranean Agronomic Institute of Bari set up important training projects such as BIO 84 (Training of technical experts in organic agriculture, in support of rural development and of food emergency in the Balkan area), which were mainly geared at the training of local experts. There are also commercial relationships: Italian organic products sold on the Serbian market and Serbian products (especially cereals) exported to Italy.

From producer to consumer. You mentioned the lack of awareness of the organic sector's potential. However, what about internal demand for organic products?

In 2010 the number of producers reached 130 on an agricultural surface area of 8,500 hectares. This number is destined to grow rapidly, once the Ministry formally recognises group certificates. In June 2011, however, this legal procedure had not yet been accomplished.

On January 1st 2011 a new national law on organic farming entered into force (Official Gazette of Republic of Serbia, N. 30/10).

This demand is somehow growing, although slowly and without a predictable trend. The development of Serbia as a tourist destination encourages the demand for organic products from international visitors, and is thus gradually affecting the import of some products. This will probably have an impact on local consumers, who are currently still sceptical.

I believe the main obstacles include the lack of adequate information campaigns, thus unreceptive consumers and an extremely slow growing demand. Similar issues regard producers with little knowledge of technologies and legal norms. In addition, there is a lack of specific trading channels and the government has difficulty bridging the gap between strategic plans and concrete actions. In fact, the legal framework is still far from being fully defined, especially in terms of products destined for export into EU countries. Furthermore, technical instruments used in organic agriculture are lacking, such as admissible fertilisers and products for the protection of plants. Finally, the entire agricultural sector lacks interest-based associations that could stimulate the sector's development. Associations and cooperatives would be important channels for spreading information, purchasing technical instruments, defining appropriate marketing strategies, and creating certification groups.