Organic farming in Kosovo: if not today, then when? 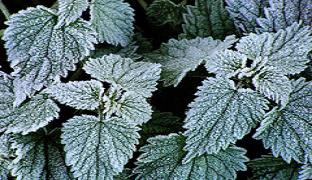 Frosted nettles by Roger B.

In Kosovo the agricultural sector has recently returned to centre stage in the political debate. But when food safety and very low standards of production are still main worries, is there much sense in thinking organic? There is, however, potential to be exploited: land abandonned for years, untouched by fertilisers and pesticides. Here is the fourth part in our enquiry into organic farming in South East Europe

It may seem premature to speak of organic farming in Kosovo. There are other priorities in the agricultural sector: the struggle against poverty, food safety, the creation of economic opportunities, improving quality, strengthening productivity and efficiency.

All this is to be seen in a European perspective which, for better or worse, influences many of the decisions made in agrarian politics. The Kosovan government's Strategic Plan for Agriculture and Rural Development for 2009-2013 (revision of the Plan for 2007-2013) is a clear example of how alignment with the acquis communitaire constitutes the main objective in the process of policy reform and modernisation of the sector.

Go to the Kosovo Agriculture and Rural Development Plan 2009- 13

On the whole, the decision to allocate 200 million euro to the primary sector over five years has brought agriculture back to the heart of the political debate, to the central position it should have in a country in which the primary sector still makes up 25% of the gross domestic product and gives work to about 40% of the working population.

Looking beyond the official estimates, the figures are even more significant, considering that much of the agricultural produce comes from small family holdings and is consumed on the premises without entering the market.

Public support for the sector, amounting to 40 million euro per year, represents a great increase compared to previous years, in which funds for agricultural development were decidedly limited, with over 30% of the resources spent on labour costs and support to farmers being minimal: just guaranteed by tax relief.

Table 1. Resources in the agricultural budget for 2009-2013 (figures in millions of euro)

And what about organic methods?

Organic methods could be quite a useful option in a country with many abandonned farms, damaged infrastructure, obsolete or broken down mechanical equipment - often a subsistence kind of agriculture that neither uses fertilisers nor pesticides, just soil and labour. To transform thought into an action the following ingredients are necessary: laws, regulations, brand names, subsidies, trained farmers, proper production techniques, assistance and information services, inspectors, professional associations, certification bodies, consumers with buying power. A support system, a whole network and functioning market.

The first steps towards an organic network were taken in 2001 through a project for introducing organic farming to the Balkans (Introduction of organic farming and low input sustainable agriculture in the Balkan countries) set up in 1999 by the Dutch foundation Avalon .

In the case of Kosovo the aim was to set up some small scale production units as demonstrations for local producers, organisations and the local population. After the first three years, run by the Regional Environmental Center (REC), the project was handed over to the Organic Agriculture Association Kosovo (OOAK), founded in 2002, with the support of the Department for Agriculture of the University of Pristina.

The OOAK has had a decisive role in proposing organic methods and preparing the relevant Kosovan law (n 02/L – 122) passed in Spring 2007 and clearly based on European regulations (the new Reg. EC 834/07).

Despite there not yet being a real market for organic produce, some farms have begun to follow the principles of this kind of production, with the result that in October 2009 Kosovo could boast its first certified producer: the “Hit Flores” farm was authorised by the Swiss firm Bioinspecta  to produce small fruit and medicinal herbs (and their subsequent transformation into herbal tea) on 10 hectares.

In another small farm project, supported by OOAK, the Agriculture Department in Pristina and the NGO Mercy Corps, some bee-keepers were selected and helped to make their honey production organic.

Following these first developments, in 2009, an important project was financed by the Italian Foreign Ministry - Directorate General for International Development -, and managed by the Istituto Agronomico Mediterraneo of Bari. The project ('Strengthening the Kosovo MAFRD for the improvement of vegetable production according to EU standards') is part of the activities aimed at sustaining the Kosovan primary sector and will involve earmarking 2,2 million euro to help the Kosovan Agriculture, Forestry and Rural Development Ministry (MAFRD) in initiatives intended to raise the fruit and vegetable production standards to European Union levels and create a nation wide service for supporting the development of organic farming.

Awareness of the real benefits of organic production is still limited and for the time being no important inputs are coming from the market. On the domestic front consumers' purchasing power is still too low and food safety is still a main concern for the primary sector. Things are, however, changing , as can be seen from the Avalon and Mercy Corps projects and the certification of their first production by Bioinspecta. A step has been taken and the debate opened.