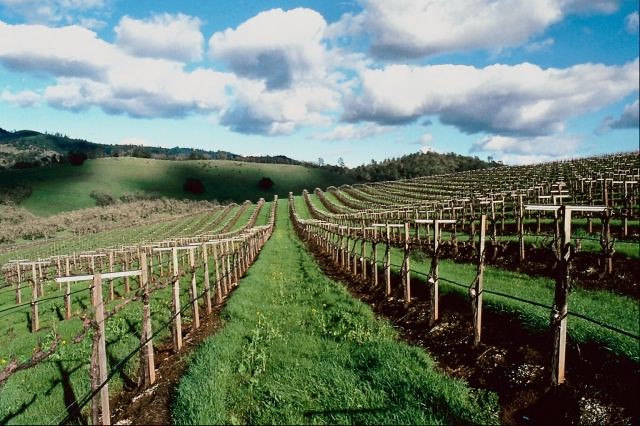 After almost two years of negotiations, last June the European Parliament and the Council reached an agreement for the reform of the Common Agricultural Policy (CAP), with several novelties and strong criticisms

The Common Agricultural Policy (CAP) reform agreement reached between the representatives of the various bodies of the European institutions (Parliament, Council, and Commission) was approved on September 9 by the European Parliament's Committee on Agriculture and Rural Development. Barring surprises, this autumn the reform should be voted on by the EU Parliament in plenary session and then passed to the Council before entering into force in January 2023.

The common agricultural policy is one of the longest-lived policies promoted by the European institutions, as it was already present in the Treaty of Rome which established the European Economic Community in March 1957.

At the time it was necessary to find a way to make the rules of the single market that was being created coexist, together with the fact that the states, also thanks to the trauma of the lack of food supplies during the Second World War and the fears induced by the Cold War, gave generous public subsidies to the agricultural world. It was therefore decided to give the EEC the task of managing public intervention mechanisms in this sector of the economy.

The CAP has the following objectives: to increase the productivity of agriculture; to ensure a fair standard of living for farmers; to stabilise the markets; to guarantee the security of supplies; to ensure reasonable prices for consumers.

The CAP has always been the largest item in the budget of the Community institutions. In 1985, nearly three-quarters of the European Economic Community's entire budget was spent on subsidising agriculture. Since then, the proportion of the budget spent on this sector, also thanks to the extension of the sectors of competence within the European institutions, has fallen, reaching 37% of the total long-term EU budget for the period 2014-2020, equal to approximately 410 billion Euros.

Over time, however, there has been strong criticism of this European policy.

Main criticisms of the CAP

The main criticisms leveled at the CAP are of an economic and environmental nature.

From an economic point of view, it is objected that the EU’s most onerous policy benefits a small minority of entrepreneurs in the agricultural sector. This point is also reinforced by the fact that 80% of total subsidies go to the 20% largest European farmers, creating a vicious circle in which large owners were facilitated by public policies at the expense of small entrepreneurs, counting on a continuous influx of money. The policy was also criticised because the subsidies to the sector, failing to consider the relationship between supply and demand of goods, ended up producing a surplus of products that had to be thrown away.

From the point of view of environmental sustainability, on the other hand, while the agricultural sector accounts for about 10% of total greenhouse gas emissions in Europe, the CAP features no devices that really push farmers to adopt more sustainable behaviours, and the nearly 100 billion Euros spent to combat climate change within the CAP for the period 2014-2020 were a fiasco.

Starting from these criticisms, above all on the environmental impact of the primary sector, also considering that the von der Leyen Commission has disclosed the objective of reviewing the Union's policies to ensure that they are compatible with the European Green Deal, negotiations have begun between the European Parliament and the Council, mediated by the Commission in the so-called trilogues, to reach an agreement on the reform of the CAP.

The negotiation was long, and it took almost two years to arrive at a text that would suit all parties involved, and ad hoc bridging rules were adopted for this transition period.

Regarding the budget, this will remain considerable: equal to 32% of the total long-term EU budget for the period 2021-2027, which amounts to around 387 billion Euros in total, of which 270 billions are to be spent by 2027.

Among the main innovations, it should be noted that the states will now propose the expenditure items for their sector at national level, to take into account the differences between the various member countries. The Commission will have to approve these national plans before disbursing the funds, checking that the plans of the member states respect the rules, so as to harmonise the policy at the continental level.

The new rules on which the approval of the Commission depends include some conditionalities introduced in environmental matters. Indeed, the MEPs have put pressure on this point, managing to obtain that the commitments made by the EU in the intent of the Paris agreement on climate are reflected in the reform of agricultural policy. And, again thanks to the efforts of Parliament, at least 35% of the budget dedicated to the development of rural areas is invested in environmental measures linked to the fight against climate change.

There are other important innovations on how the funds given directly to businesses can be spent. The EU wants at least 10% of direct subsidies in each country to go to small or medium-sized enterprises in the agricultural sector, while 3% will be dedicated to young farmers, supporting new entrepreneurs in the sector with rural development funds.

Furthermore, from 2025 at the latest, there will be inspections on working conditions in companies supported by the CAP, providing for penalties for those who do not respect European labour laws, thus adding a social dimension to the policy.

Further measures concern greater transparency on access to subsidies, as well as support for farmers should they find themselves facing unforeseen crises and risks, which can lead to sharp fluctuations in prices and therefore to economic damage.

Barring last-minute surprises, the new CAP text should be approved and come into force in January 2023.

However, there are two opposing narratives on the policy, which clash above all with regard to the environmental issue.

On the one hand environmentalists, who argue that this text has no real change within it, accuse its promoters of greenwashing. In fact, the envisaged devices do not foresee obligations for there to be a radical change in agricultural activities to reduce greenhouse gas emissions, but a slow and gradual transition that must in any case be further stimulated by creating conditions for which it is convenient, financially, to invest in greener agriculture.

On the other hand, the Commission welcomed the agreement as an important novelty. Responding to criticism from various environmental groups, Executive Vice President of the European Green Deal Commission Frans Timmermans argued that change is always "evolution, not revolution", confirming how, also given the Commission's limited powers in many policy areas, it is not possible to radically change policies that affect huge economic interests, even if necessary to face the most important challenge of the near future.