Europe: Yes, But When? 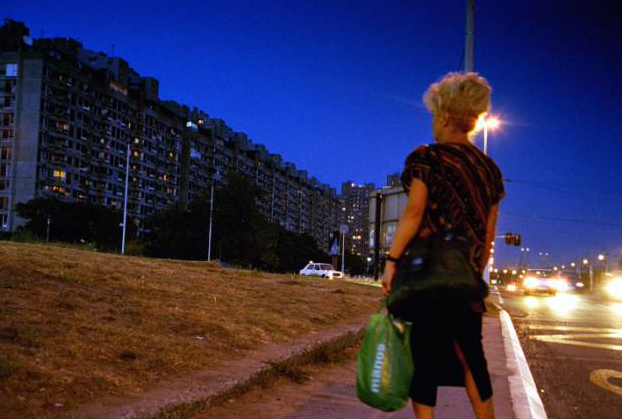 The EU - Western Balkans international conference held in Sarajevo ended without dramatic news. An emphasis on the region’s EU accession prospects with no discussion of specific dates or accelerated access. A comment

Sarajevo Summit, the EU does not speed up

As predicted by the forecasts, the EU-Western Balkans Summit produced poor results:

- The idea was abandoned for a common “Sarajevo Declaration”, and a “Statement by the Presidency” replaced it. The Italian proposal for a roadmap for the countries of the Western Balkans had no follow up. The only certain timeline and goal was Croatia’s entry between 2012 and 2014.

- Participants clarified that in view of their European path, the series of bilateral disputes in the region makes it indispensable to give high priority to regional reconciliation. The final document notes that countries of the region are not only “invited to resolve their bilateral issues in line with EU standards” but also to “cooperate fully with the tribunal for war crimes at the Hague”.

The final statement explicitly supports the European Commission’s recommendation, made last week, to abolish visas for Bosnia and Albania. Now the European Council (which comprises the heads of state of the 27 members) and the European Parliament must make the final decision.

- The statement declares, “Although the European perspective of each country is recognized, thorough reforms will be needed for the Western Balkans countries.” It also emphasises, “the European help in this period of economic crisis”.

- The official list of participating foreign affairs ministers and high officials was also weak: about half of the EU foreign ministers (11 out of 27) did not take part, and were replaced by lower ranking officials. The German and Netherlands foreign ministers were missing; they both oppose acceleration of the enlargement and remain inflexible to new softer views and policies on immigration. The US secretary of state Hillary Clinton and the Russian foreign minister Sergey Lavrov were also absent. However, their Turkish counterpart, Ahmet Davutoglu, participated.

Ten years after the Zagreb summit and seven years after the Thessaloniki gathering, the diplomats from the EU states returned to emphasising the reality of integration possibilities for the Western Balkans. The international conference held in Sarajevo on 2 June focused completely on the Western Balkans and had two objectives: to demonstrate that the 27 EU member states do not intend to exaggerate the “enlargement fatigue” argument, and to highlight that the region’s stability and development critically depends on the prospect of integrating the Western Balkans into the EU.

The diplomats from the EU member states acknowledged that the Western Balkans has made great steps forward in political and economic reform. At the same time, they asserted that the EU officials would strictly assess the progress on the conditions set with the Stabilization and Association Process. In addition, they emphasised the many challenges remain for these countries, especially with respect to promoting rule of law, fighting against corruption and crime, allowing freedom of expression, and supporting the return of refugees.

Among the little good news at the Sarajevo conference was that all Balkan countries, including Kosovo and Serbia, sent representatives. Because of the Kosovo foreign minister’s presence, Serbia’s government did not decide, until the last moment, on participation and the level of representation.

The conference welcomed the European Commission proposal to abolish the visas for Bosnia and Herzegovina and Albania, despite the lack of any specific dates for action.

The Western Balkans countries were especially pleased to hear that “their future is in the European Union” even though this moment of grave crisis for the EU. Nevertheless, the open question remains of the next steps for these countries on their path to Europe, as well as the timeline for the next accessions. When and how will these countries enter into the EU? Spanish foreign minister Moratinos responded briefly to this question: “We cannot guess what will happen, but we can generally confirm that the integration will follow the regatta model.” The race includes the overall region, but then each country will have to think only of itself.

Currently, the EU obviously does not have much else to offer to its Balkan neighbours except the official reassurance of their integration prospect. The timeline and the modes of accession remain deferred. The Spanish presidency prepared the conference’s official statement that noted, “The Western Balkans, which is now firmly anchored in the EU enlargement process, should intensify its efforts to meet the criteria and create the conditions necessary for its walk towards EU accession.” It then emphasised, as if it was not clear, “Each country is responsible for its own progress.”

Therefore, a general agreement has emerged on an EU future for the region, something not to be taken for granted considering the current fragility of the EU. However, countries such as Germany and Belgium (next holder of the rotating EU presidency) remain unenthusiastic about future enlargements.

Overall, the responsibility for the full integration of the Balkans has been reaffirmed, as well as its capacity to proceed on the path to Europe. The EU does not want to consider possible speeding up of the integration process. Almost 500 NGOs from Serbia, Albania, Macedonia, Kosovo, Montenegro, and Bosnia and Herzegovina prepared a document asking the EU to speed up the European integration process.

Most recently, the ex-Yugoslav republics have demonstrated their will to turn a new page with respect to their recent past. Informal and formal meetings between political leaders, reciprocal apologies, parliament declarations, the will to reach bilateral agreements for proceeding along the difficult path of reconciliation, have all been important signals that the region has sent to Brussels. In addition, their own public opinion favours joining. Therefore, the Balkans is moving, even though slowly, towards a better future. Whereas the EU... where is the EU going?