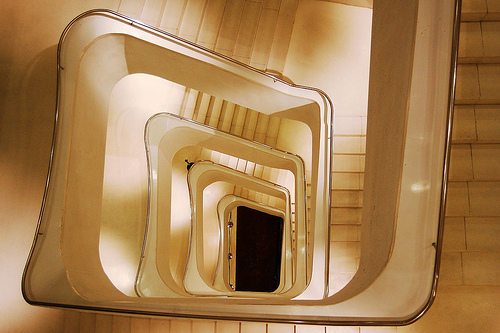 The European integration process of Bosnia and Herzegovina is on stand by until the country adapts its Constitution to the standards required by the European Court of Human Rights. Sarajevo between human and ethnic rights, the Komšić factor

Bosnia Herzegovina (BiH) has time until August 31st to amend its Constitution to fit the ruling by the European Court of Human Rights in the Finci-Sejdić case. Otherwise, the European Commission has declared that the country's EU integration process will remain blocked. The ultimatum came as BiH faces yet another crisis, practically without a State or Federation (the largest of the two entities) government. This happens at a time when, according to the International Crisis Group (Bosnia's Gordian Knot: Constitutional Reform), "Bosnia and Herzegovina’s system of government has reached breaking point".

The last elections in BiH were held in October 2010. The government was not formed until 14 months later, after lengthy consultations between the different political forces. The cabinet led by Vjekoslav Bevanda, however, lasted only five months until last May, when the Social Democratic Party (SDP) and the Party of Democratic Action (SDA) split up, apparently over divergences on the budget law.

From the State level, the crisis overflowed to the Federal one. In fact, the coalition that supported the government of the entity, formed as a result of a controversial intervention by the Office of the High Representative 5 months after the elections, also broke up after the divorce between SDP and SDA.
The Social Democrats have announced a new coalition with the SBB, the party led by media tycoon Fahrudin Radončić, and the two Bosnian Croat parties, HDZ and HDZ 1990. It is still unclear whether they will manage to govern at the level of the State or of the Federation, where procedures for the government reshuffle are proving complex also for the predictable opposition of the Party of Democratic Action. The situation is at stalemate, with the country without effective guidance in a delicate phase of necessary institutional reforms.

The Bosnian Dayton Constitution and the European Convention on Human Rights and Fundamental Freedoms, to which Bosnia and Herzegovina is a signatory, are incompatible. This is what the Strasbourg judges established in 2009, responding to a complaint filed by a representative of the Bosnian Jewish community, Jakob Finci, and a member of the Bosnian Roma, Dervo Sejdić. Reserving some public functions to representatives of specific ethnic groups, and excluding others, as required by the Constitution drawn up in Dayton, violates the European Convention. The Constitution therefore must be changed. After almost 3 years of inconclusive discussions, the European Commission has now set a deadline.

The main Bosnian political forces seem to be oriented to "cosmetic" changes, that would make it possible to respect the decision of the Court whilst keeping the Dayton framework in place. The problem, however, is not confined to the two institutions under the lens of the European judges, the Presidency (restricted to a Serb, a Croat, and a Bosniak) and the House of Peoples (consisting of 5 representatives of the 3 “constituent peoples”).

In Bosnia and Herzegovina there is a system of ethnic quotas, formal and informal, that shapes not only the public sector but also the private one, at least for the companies in which the state has some form of participation. Recently, moreover, a Bosniak citizen residing in Republika Srpska, Ilijaz Pilaf, filed a further appeal to the European Court asking why, despite belonging to one of the three "constituent peoples", he can not run for president of the country (1).
The whole structure, based on the “racist” orientation that prevailed at the peace talks in Dayton, has been showing its inconsistencies for a while. As early as 2005, the Venice Commission of the Council of Europe had spoken of the "indispensable constitutional reforms". After the bomb was dropped by the Strasbourg judges, now the very EU integration process is being questioned. Touching the Dayton system, however, equals opening Pandora's box.

Dayton adopted a closed definition of identity, whereby a citizen can only be Serbian, Croatian, Bosniak, or "other", the residual category that includes all minorities. If such a strict idea of identity is problematic in itself, it is even more so in Bosnia and Herzegovina, a country with a long tradition of intermarriage and, consequently, of multiple identities. In addition, many people in Bosnia reject any ethnic label and prefer to be considered simply as Bosnian citizens (civic option), without further specification. Paradoxically, even these Bosnians are today a minority and part of the group of "others".

The choice posed by the judges in Strasbourg is that between democracy and "ethno" democracy. The International Crisis Group, taking account of all these contradictions, wisely suggested in its last report that the Commission soften the deadlines making the reform of the Constitution part of the accession process, and not a precondition for accession itself. There is in fact a risk of resorting to hasty solutions, that could make the current situation even worse.

On July 23rd Željko Komšić, Croatian representative in the country's Presidency and Vice-President of the Social Democrats, left the party. Komšić disagreed with the alliance between the SDP and the HDZ and the type of constitutional amendments to be introduced in order to apply the Strasbourg ruling.

Komšić is an extremely popular politician in the Federation. A Croat from Sarajevo, decorated war hero in the Bosnian army, he is known for his positions clearly oriented towards a civic, rather than ethnic declination of rights. In the 2010 elections he obtained more votes than his party – 337,065, over 60% of the total. Local media have made a lot of noise expounding different theories as to whether Komšić is likely to create his own political party or join an existing one. The doubts have been allayed by the weekly Slobodna Bosna, announcing that Komšić will launch a new party called "Citizens Party", Građanska Stranka. According to reports gathered by Slobodna Bosna, in the new party there will be several (former) SDP officials, including Zlatko Lagumdžija's close (former) collaborators such as Emir Suljagić and Reuf Bajrović.

Bosnia and Herzegovina, just like the European Union in Romano Prodi's fine definition, is a "union of minorities". A strong central government, voted with the simple majority rule, would be opposed by both Serbs and Croats, the numerically smallest minorities. At the same time, the “racist” system agreed to by nationalists in Dayton can no longer be imposed on the country. The Citizens' Party, in this respect, could represent a hope for the future.

The problem, however, is not just a Bosnian one, it is about Europe too. Is it possible to develop a democratic (by necessity federal) system, able to guarantee all individual citizens as well as the different national communities making up a union? If not, what is Europe then?

(1) The representative of the Presidency elected in RS must be Serbian. On the case of Pilaf vs. the International Crisis Group, Bosnia's Gordian Knot: Constitutional Reform, Europe Briefing N ° 68, July 12th, 2012, p. 15