Bosnia-Herzegovina and the EU: a limbo within a limbo 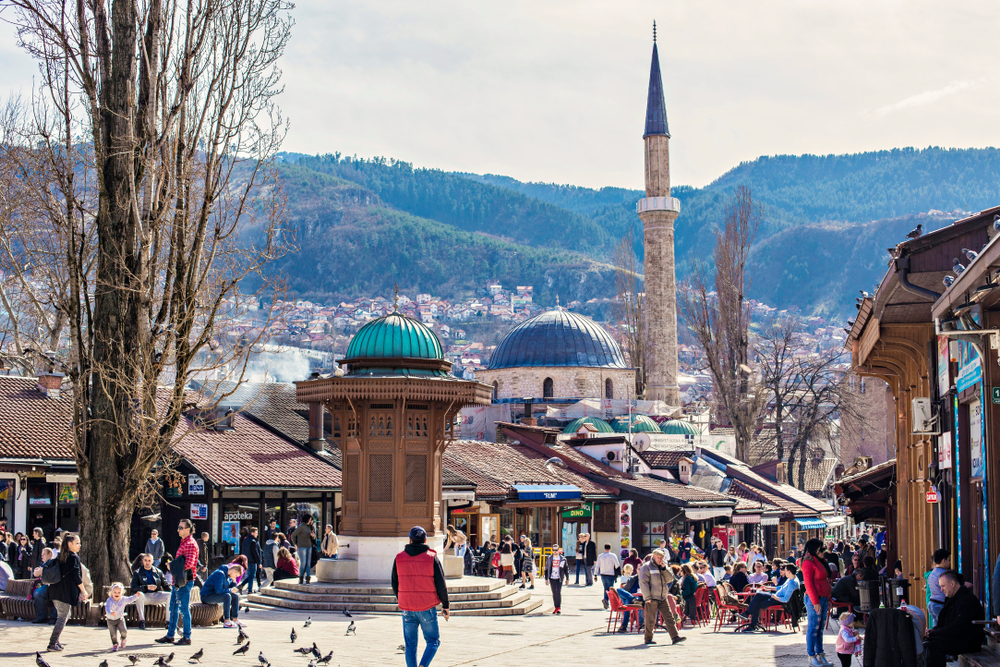 The EU perspective is less and less present in the public agenda because of many factors: disenchantment with never-ending enlargement, disillusion caused by the image of the EU’s internal crisis, negative perception of the EU’s role in the Balkan route migrant crisis, emigration drain

(Originally published by ISPI , within the dossier "The Balkans and the EU: A Neverending Story ")

There is little doubt that 2019 was a lost year for Bosnia and Herzegovina’s EU integration. Although in the last months some major events did occur both at macro-regional and state-wide level, only low expectations of progress can be foreseen in the immediate future. A state government vacuum lasted from the general elections held in October 2018 until mid-December 2019, when a new council of ministers was formed under the premiership of Zoran Tegeltija (SNSD - Serb conservative nationalists) and with the support of the three main conservative-nationalist parties (SNSD, SDA – Bosniak nationalists, HDZ – Croat nationalists).

During the 14-month deadlock, EU-Bosnia relations remained de facto frozen. A turning point was in late May when the EU Commission published its Opinion on Bosnia-Herzegovina’s application. The document was cautious in language but severe in content, assessing that the country was “at an early stage” of preparedness and recommended “to significantly step up” alignment with EU standards. It identified 14 key priorities in Bosnia’s legislative and institutional framework pertaining to four domains: democracy and functionality; rule of law; fundamental rights; public administration. The checklist included, on the one hand, structural issues such as equal non-discriminatory electoral systems (explicitly mentioning the Sejdić-Finci case and the municipal elections in Mostar, which have not been held since 2008) and the reform of high judicial organs; on the other, it identified recent contextual faults affecting freedom of expression and assembly. Recurring attacks on journalists and restrictions to the social movement ‘Justice for David’ are cited in the Commission’s analytical report .

Following the impasse in government, the Opinion went practically unheeded. In October, the previous caretaker government attempted to put forward an ‘Action plan’ responding to the Commission; however, it did not offer concrete measures for constitutional reforms and lacked political consensus across parties, which is why several analysts and civil society organisations have deplored the plan. Its failure reinforced the impression that the granting of candidate status to Bosnia-Herzegovina, which applied for membership in 2016, could be delayed well beyond 2020.

Further proof that the EU’s main focus in Bosnia-Herzegovina is shifting from socio-economic reforms (an approach which had become dominant after the 2014 wave of social protests) to the justice system and rule of law is to be found in the Expert Report on Rule of Law Issue. The report , submitted to the Commission in December 2019 by the legal expert and former Commission Director, Reinhard Priebe, was strongly critical and raised public attention in the country. It stated, among other things, that the High Judicial and Prosecutorial Council (HJPC, the self-management organ for the judiciary, tasked with guaranteeing its independence) is “widely perceived as an unaccountable power in the hands of persons serving the interests of a network of political patronage and influence”.

Focus on rule of law is of seminal importance, as it might potentially trigger social change and institutional reforms. The perception of corruption and the absence of opportunities deriving from state capture foster social apathy and emigration , which deeply affect society. However, some analysts have criticized the Priebe report, either for not making specific recommendations, or for being limited to top-down organs instead of targeting systemic inefficiencies, or for not discussing rule of law issues beyond the judicial system. Hence, doubts arise about the report’s effective chances to serve as a proactive monitoring of rule of law issues – something that happened with the same author’s report on Macedonia in 2015.

The circumstances leading to the formation of a new government restored some limited hope to EU supporters. The involved parties – including the SNSD, which is notably pro-Russian and cooperates with right-wing Eurosceptic parties – accepted compromise around a program which is declaratively committed to relaunching EU integration and to cementing partnership ties with NATO; nonetheless the document remains deeply ambivalent about future membership. The active participation in negotiations of the NATO Quint Countries’ ambassadors (USA, UK, France, Germany, Italy) alongside the current EU Special Representative Johann Sattler, shows that the Alliance’s involvement in Bosnia and the wider region is again on the rise. This can be read as another sign of the US’ restored engagement, which follows the recent appointment of two special representatives to the region, one for the Western Balkans and one for the Kosovo-Serbia negotiations.

However, the fact that this mostly NATO-driven initiative – and the incentives which were offered – has succeeded whereas the mostly EU-driven negotiations have failed (in August, talks led by former EU Special Representative Lars-Gunnar Wigemark were very close to an agreement, but finally came to nothing) may convey a message of an integration process more “Atlantic” than “European”, more “geopolitical” and less “political”. This message could be detrimental for the EU, particularly in such a delicate moment when the whole model of enlargement in Western Balkans is brought into question. It can prompt a decline in trust and interest towards Bosnia’s EU path among local political actors and the wider popular opinion. Polls are not uniform in depicting this decline: according to a survey from the Bosnian Directorate for European Integration, support for membership dropped from 76% in 2016 to 56% in 2018. On the contrary, data from Balkan Barometer show an increase in assessing membership as “good” from 33% in 2016 to 47% in 2019. However, one must recall that this is the lowest figure in the region except Serbia.

The EU perspective is less and less present in the public agenda because of many factors: disenchantment with never-ending enlargement, disillusion caused by the image of the EU’s internal crisis, negative perception of the EU’s role in the Balkan route migrant crisis, emigration drain (“Those who wanted the EU in Bosnia have already left”, as Srdjan Puhalo noted ). A bottom-up relaunch would be needed for the EU in Bosnia-Herzegovina, offering credible goals and tangible benefits. This would increase public pressure on political elites who, in essence, are still willing to keep the status quo and defer social change and EU accession as long as possible.