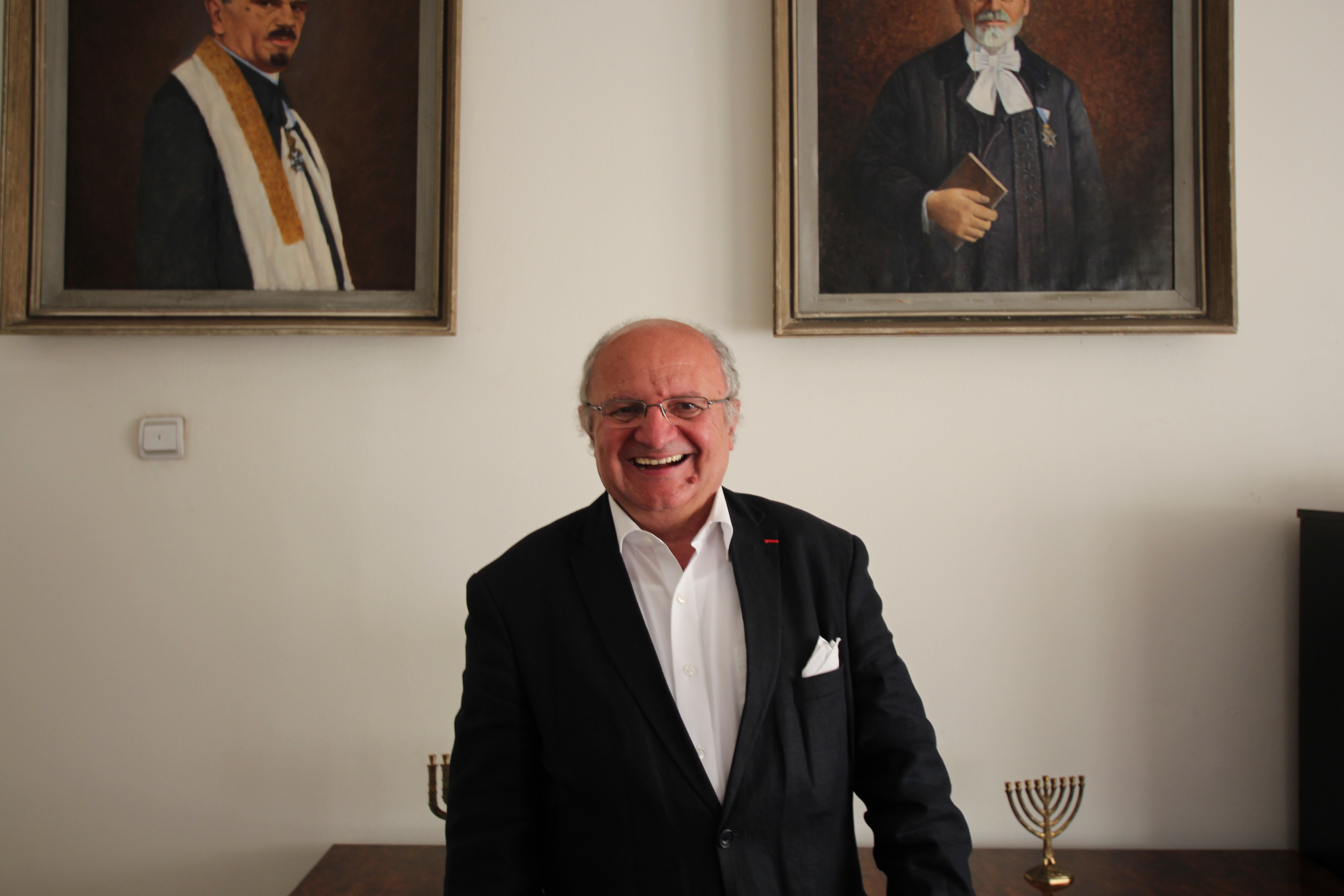 Jakob Finci, president of the Jewish community of Sarajevo, has been expecting for four years for the application of the judgment by the European Court of Human Rights that bears his name. An interview

In 2009, the Strasbourg Court accepted your appeal against Bosnia and Herzegovina for violation of the European Convention on Human Rights with the Sejdić-Finci ruling. Four years later, that judgment has not yet been applied. Why?

It is a long story that begins in 1995, with the Dayton Accords. Those agreements provide that only a Serb from the Republika Srpska (RS), a Croat, and a Bosniak from the Federation can be elected to the tripartite Presidency of Bosnia and Herzegovina, and that only 5 RS Serbs, 5 Croats, and 5 Bosniaks of the Federation can be elected in the House of Peoples. In January 1996 I met Richard Holbrooke, architect of those agreements, and told him that they violated my rights because, despite being a Bosnian citizen, I did not belong to any of those groups. Years later, in 2005, he confessed to me that "in Dayton the priority was to stop the war" and that "no one believed that Bosnia would survive for 10 years". Unfortunately, this created a discriminatory system. Protocol 12 of the European Convention on Human Rights provides that any elected office must be open to all citizens of a particular country. When Dayton entered into force, it became clear that not only was it not a solution to the institutional structure of this country, but that it was against the law.

What did you do?

Before the 2006 elections, I sent a letter to the Electoral Commission asking if I could run for presidency. They said no, so I brought the case to the Strasbourg Court. Around the same time, my friend Dervo Sejdić initiated a similar case, presenting the point of view of the Roma community. The two cases were then combined and led to the Sejdić-Finci.

Did you expect a victory?

I am a lawyer by training and, from a legal standpoint, for me it was clear from the beginning that I would win the trial, because our Constitution and electoral law violate the European Convention on Human Rights, of which Bosnia is part. Even for our politicians that was clear. The problem is that they could not and can not agree on how to change the Constitution. Now, after 4 years, we come to the end of any possible postponement. The European Union said that, without the implementation of the Sejdić-Finci, Bosnia and Herzegovina can not submit an application, and the Council of Europe said it will not recognize the validity of the next election. The problem is not only for Roma, Jews, or the 17 minorities living in this country, but also for a Bosniak who lives in Republika Srpska or a Serb who lives in the Federation.

What is the real reason for the judgment not to be accepted?

I believe that in Bosnia and Herzegovina there is a strategy that aims to keep us out of the EU, to prevent the rule of law from being affirmed in this country. It is clear that corruption is now extended to all levels of administration and that no one can control it. If we enter the Union, all must comply with the rules. Without the EU, they can do what they want.

Could the implementation of the Sejdić-Finci trigger a more general change in Bosnian society?

Clearly it is not going to solve all the open issues, but it would be a real boost to the democratization of this country. We have to see how it will be put into practice.

Should the international community intervene more decisively to solve the current political impasse?

Is there a risks of a repeat of the 90s?

Everything can come back. Today the situation in Bosnia is calm, but only on the surface. For instance, I am afraid of the hypothesis of three consecutive accidents, a series of events that might change the situation.

Is inter-religious dialogue a guarantee for the maintenance of stability?

The religious leaders of this region are much more reasonable than politicians. They are more pragmatic and seek to collaborate, to liberate religion from the ghosts of the 90s, when the war was even defined as a religious war, which of course it was not, since a crime committed in the name of religion is the greatest crime against religion. Religion has been manipulated by politicians, and many religious leaders have accepted this manipulation. Today, however, they are much more moderate than politicians.

May the population census to be held in October involve risks for the situation in the country?

I do not think there are risks, the census is needed. In Bosnia we do not know how many of us there are. We do not know what is the average age or level of education of the population. Do we need to build kindergartens, or hospices and cemeteries? All statistics are approximate. For example, if there are less than 3.300,000 of us, as some claim, and not over 4.300,000 like before the war, probably our per capita income would be much higher.

Why so many deferrals?

The census was supposed to be carried out in 2011, but it was opposed especially by Bosniaks, who argued that this would prove the success of ethnic cleansing. But I have always maintained that it needed to be done anyway, and that this is the only way to show that ethnic cleansing really happened. There is a risk in the new reality, but we must accept it. Furthermore, ethnic cleansing has not only involved Bosniaks, but also other groups in other parts of the country.

Could the count of the various national groups lead to new instability?

According to our Constitution, even if in Bosnia and Herzegovina there were 97% Muslim and 1% of Serbs, Croats, and others, in the presidency we would have a Serb, a Croat, and a Muslim; in the House of Peoples, 5 for each of these peoples. Nothing in our law is based on the number of members of different ethnic groups.

What could then change after the census?

Maybe attitudes. According to the census pilot that took place in recent months, both in the Federation and in Republika Srpska, 35% of respondents defined themselves as "other", i.e. neither Serb nor Croat or Bosniak. People are tired of the games of the nationalists. This also lets the reality of our different identities emerge. I am not only Jewish. I am Bosnian, I am from Sarajevo, I am European, I am a human being...Of all these identities, however, they ask me to express just one.

What would happen if the "other" group “ranked” higher than one of the so-called constituent peoples?

There will be a new reality. So far we have only discussed projections. We must face the reality, the greatest risks are related to not doing the census.

Do you agree on how the census is organized, how the questions are asked?

Absolutely. There are questions that are a bit delicate, and at this time the discussion is focused on how the census should be administered, if forms are to be explained to citizens or simply delivered to them. For example, if a child of Orthodox father and Muslim mother asks what they should write in the nationality box, should the one who collects applications give their interpretation, or shut up?

What do you think of the fact that there is no option for "Bosnian"? This should be the dominant option in Bosnia and Herzegovina...

You can declare yourself Bosnian, but it will be counted in the group of "others". You can define yourself however you want. In this region, in the past, there were also those who declared themselves Klingon, from the planet of Star Trek, or Eskimo.