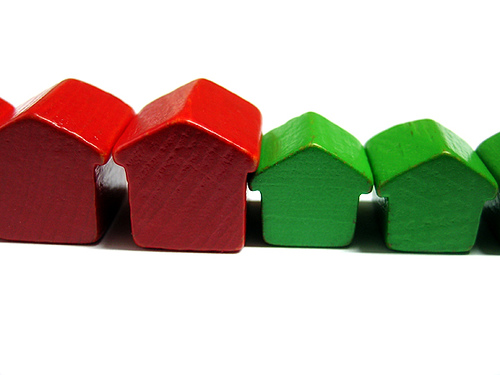 The Bosnian political crisis in the election year. The European Court of Human Rights' statement on the Dayton Peace Agreement, the force of the Ethnopolis

On 21 January 2010 the government of Republika Srpska (RS), the political entity of Bosnia and Herzegovina mainly inhabited by Serbs, declared it would set up a referendum on the Dayton Peace Agreement to be held in February (FENA, 22 January 2010). Outgoing Croatian president Stipe Mesić stated that if the referendum turns out to be a step toward partition (a move threatened by RS Prime Minister Milorad Dodik on several occasions), he will deploy soldiers across the Sava river. Serbian president Boris Tadić tried to minimize the crisis telling Sarajevo TV OBN that Serbia would not take any step contrary to the territorial integrity of Bosnia and Herzegovina. In the end, Dodik himself declared that the referendum on the Dayton Agreement would indeed take place, but that RS independence is currently “not being discussed. We will see how the situation will develop” (Danas, 25 January 2010).

Like in some macabre game, the referendum card has been displayed several times over the years, occasionally pulling Bosnia – and the region - into moments of high political tension. The referendum is being used more as an issue to defend positions than as an actual threat. No one seems to really believe it is going to take place, but two problems should be taken into due consideration. During times of crisis, promises made lightheartedly by politicians tend to be taken very seriously by the electorate. National leaders can end up being trapped in their own rhetoric, as it has already been experienced in many cases since 1989, both in the region and abroad (1). The second problem is the symbolic value of the word “referendum”: it is a word that evokes nightmares for the Balkan area, symbolizing the first step toward the division between “friends” and “enemies”. Since the early nineties, the very word automatically casts a gloomy shadow on the region.

According to several experts, “after fifteen years of intensive international action, Bosnia is starting to fracture. Bosnian Serbs threaten an independence referendum, Croats call for a separate entity within the broader state, Bosnian Muslims demand a new Constitution, and an economic and social crisis is worsening.” (Srečko Latal, “Bosnia Faces Critical Challenges in 2010”, BIRN, Sarajevo, 21 January 2010).

The year 2009 was, indeed, a bad year for Bosnia Herzegovina. The two main goals that had been set by Bosnian political leaders, EU integration and NATO accession, came to a halt. Bosnia was excluded from the visa-free travel permission which Brussels granted to most countries in the region, while NATO rejected the country’s application for access to its Membership Action Plan.

From a political point of view, Bosnia's worst moment was the failure of the negotiations in Butmir, near Sarajevo, held at different times during October 2009 (October 8-9, and then October 20-21). Bosnian politicians rejected the reforms set out by European and American negotiators to get out of the current gridlock. During its summit of 18-19 November, the Peace Implementation Council (PIC), a multi-national body especially designed to ensure actual implementation of the Dayton agreements, expressed “serious concern” about lack of progress. The liquidation of the post of High Representative for Peace Implementation was postponed for the umpteenth time. The UN Security Council approved the extension of the EUFOR (the European Military Force in the region) mandate for yet another year. Finally, last December, High Representative Valentin Inzko imposed de jure the continuation of the mandate of international judges working on war crimes in the State Court, notwithstanding the firm opposition of Bosnian Serbs.

The worst blow to the fragile social balance in Bosnia, however, came from Strasbourg, on 22 December. In the judgment summary of the case “Sejdić and Finci versus Bosnia Herzegovina”, the European Court of Human Rights stated that Bosnia’s Constitution violates minority rights and must therefore be re-drafted. Jakob Finci and Dervo Sejdić, (the representatives of Bosnia’s Jewish and Roma communities respectively) jointly appealed to the Court and brought into question the Dayton Constitution, according to which only the representatives of three ethnic groups (Bosniaks, Serbs and Croats) can run for the Presidency or the People’s Chamber (Dom Naroda). Strasbourg (obviously) chose to condemn Bosnia Herzegovina. The Chairman of Bosnia’s division of the Helsinki Committee for Human Rights, Srđan Dizdarević, stated this was a historical decision: “We have been waiting for this for 15 years. [...] I hope that Bosnian politicians understand the urgency to re-draft the Constitution as soon as possible in order to implement the European Convention of Human Rights arrangements and to allow each one of us, Bosnians, Herzegovinians, to enjoy the same rights as Bosniaks, Serbs and Croats.” (see Gordana Hadžihasanović, Slobodna Europa, December 22nd 2009).

So, also Europe found out that the Bosnia-Herzegovina created under Dayton is not a country based on political and legal equality for all its citizens. Nonetheless, all attempts at amending the Bosnian Constitution, the Annex 4 of the Peace Agreement, ended in failure and the same will probably happen in the year to come. Both presidential and general elections are due to take place in October 2010. Since the end of the war, electoral campaigns have been characterized by nationalist rhetoric and an atmosphere of fear. Given the weakness of the opposition, fear is the best way to keep a zero-sum game.

What is this sum? RS will not put partition into practice, at least, not right now. Bosnian Serbs have no interests in becoming the pariahs in the international community. However, by continuously threatening partition, Milorad Dodik has succeeded in stopping any attempt at reforming the Dayton Agreements and at creating an efficient state that could be integrated into Europe. The aim is not independence, it is keeping the Ethnopolis (2) - created in Dayton after four long years of war - alive. What is the Ethnopolis? It is the country discovered by the European Court of Human Rights some days ago, after a Roma and a Jew (bitter irony of European history ) made an appeal. In the Ethnopolis, citizens’ rights depend on their ethnic origin. It is indeed a unique case, forged by the Bosnian war, the most archaic state model in Europe. Or maybe, if we look at the current debate on migrants’ rights, the most advanced.