The hostages of Ilham Aliyev 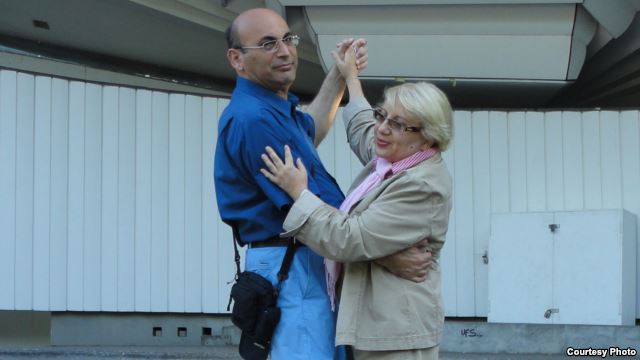 Some political prisoners have been released by the Azerbaijani authorities in the past few months. But many are still behind bars, held as hostages

There are many forms of joy. The joy of being with a family and people you care about, the joy of holding a diploma while graduating from college or finding that one perfect job. The joy of growing up, holding your first born. But there exists a different kind of joy, the kind that is familiar to those who know the pain and anger of having loved ones be punished for something they have not done, for the crimes they have not committed. It is the kind of joy you only feel, when you see them finally free, in the arms of their families, friends, surrounded by the familiarity of one’s previous life, the one before jail, the one that in many ways and forms was also full of joy. Consider yourself lucky if this is the kind of joy you have not had experienced before. But in Azerbaijan there are plenty of families who know this feeling all too well. These are the families of Azerbaijan’s political prisoners who have been locked up behind bars for truth, for their dedication and for their commitment to justice and rule of law.

Her eyes full of tears, Leyla Yunus stood at Schiphol Airport in Amsterdam telling in an interview to Amnesty Netherlands that even the day before their departure the couple thought it was all a dream, and that they did not expect they would be allowed to travel and leave Azerbaijan. The couple’s daughter, who has lived in Amsterdam since 2009, waited for them on April 29, flowers in her hands. The joy on their faces covered with tears showed the relief for having been finally let go from the authoritarian grip of the regime back in Azerbaijan.

The family was literally pulled apart in the summer of 2014. On July 30, Leyla Yunus was arrested. Her husband, Arif Yunus, was arrested a week later. The couple was charged with high treason, illegal business activities, forgery and fraud and sentenced in August 2015 to 8.5 years and 7 years respectively. They were held in separate detention facilities and while news circulated about the state of rights defender Leyla Yunus, little information was available of Mr. Yunus. The torture and humiliation the two were put through during their detention and later imprisonment was mind-boggling. In December, 2015 the court in Baku converted Yunus’s jail sentence into suspended term due to deteriorating health and placed the couple on probation for the next five years reported the Guardian .

“I was turned into prison dust”, she said to journalists who gathered in front of the couple’s apartment in Baku as she walked steadily holding onto her husband who was released in November.

Certainly, the welcome in Netherlands where the couple will be staying to get medical treatment was much warmer than the one back in Azerbaijan. “Leyla and Arif Yunus had put their own safety and happiness at stake in the struggle for democracy and human rights”, said Dutch Foreign Minister Bert Koenders upon the couple’s arrival.

While the Yunuses shared the joy of finally reuniting, it is likely President Aliyev and his administration was overjoyed to have finally get rid off of at least one of the regime’s fierce critics.

Another surprising development, that came ahead of traditional Nowruz celebrations, was the pardoning of 14 prominent political prisoners who were amnestied along with 148 other prisoners. For the regime, showing mercifulness, and allowing families to celebrate holidays reunited, probably matched with the general preparation of President Aliyev’s visit to Washington D.C. for the Nuclear Industry Summit.

Many of these individuals were in jail since 2013, if not before, on bogus charges, tried in unfair and sham courts; all sentenced for their work, activism, and outspokenness.

But perhaps the biggest joy in the release of these brave men was the reunion of a 3-year-old son Araz with his father, Rashadat Akhundov. Their joy was stronger as Turkan Huseynova, wife of Mr. Akhundov, said shortly after her husband’s release: “These past three years were very difficult. I was not expecting his release. I guess when you do not expect the release and then hear the news, the joy is stronger”, she said.

Outside of the pardon

In addition to amnestied political prisoners, there were also those whose sentences were suspended.

Rauf Mirkadirov was released by the court in Baku, which commuted his six-year prison sentence into a suspended five-year sentence.

But as it is with much of life in Azerbaijan, it is up to President Aliyev’s discretion who gets to feel the joy and who doesn’t. While many high profile political prisoners were released in the past two months, others, like investigative reporter Khadija Ismayilova, journalist Seymur Hezi, youth activist Ilkin Rustamzade, and political activist Ilgar Mammadov continue to remain hostages.

So far, their jail term has not stopped them from being recognized abroad by respected organizations that continue awarding Azerbaijan’s political prisoners for their courage, determination and relentless fight for rights and freedoms.

Elmira Ismayilova, the mother of Khadija, knows that feeling all too well as she accepted yet another award on behalf of her daughter, in her absence.

“I know my daughter was arrested for being on the right path, for serving the free word and for her investigations. If a fighting person is arrested, it means it's not her fault but the fault of those who put her in jail”, said Elmira Ismayilova to BBC Azeri service shortly after receiving the UNESCO Guillermo Cano World Press Freedom Price award on behalf of her daughter, in Helsinki, during the World Press Freedom Day event. Khadija received this award for her outstanding contribution to press freedom in Azerbaijan.

In her speech, delivered by Khadija’s mother, the internationally recognized reporter called on the audience to remember Elmar Huseynov, an Azerbaijani journalist who was murdered in front of his house, and the failure of Azerbaijani government to investigate the murder. Khadija said she was thankful she was still alive, unlike her colleague and dear friend Elmar, and that she needs help while continuing to fight for justice.

“Humanity suffers when journalists are silenced. This is why some people believe the killing of journalists constitutes a crime against humanity. As you gather here tonight, I ask you not to laud my work or my courage but to dedicate yourself to the work each one of you can do on behalf of press freedom and justice. You now have a relationship to Guillermo Cano, to Elmar Huseynov, and to me. We are all degraded and dehumanized by attacks on our fundamental rights, by contempt of justice, by disdain for fairness and denial of the truth. We, globally, who came together tonight to honor press freedom, must pledge to fight for it”, wrote Khadija. Her final request in the letter was: “Fight with me for freedom, and for truth”.

As the room full of guests applauded loudly, Khadija remained miles away, in a cell, unable to share the joy of yet another award neither with her family, nor with her friends. But at least she, as well as Azerbaijan’s brave men and women, who keep fighting for justice, truth and freedom, share the joy of being true to themselves and for hoping that one day their joy will be everyone’s to share.