Silence Of the Lambs, Azerbaijani Style 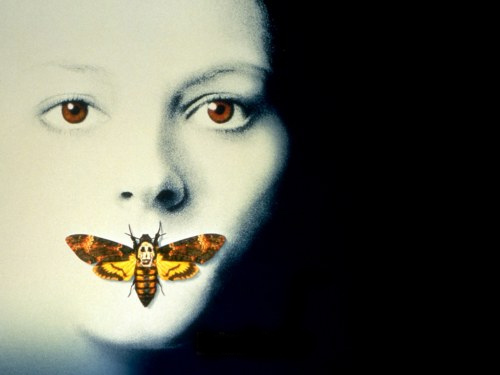 The European Games in Baku are only a month away, while the list of the country's political prisoners keeps on growing

On June 24 2014, during the Parliamentary Assembly of the Council of Europe’s (PACE) session in Strasbourg, young activist Rasul Jafarov presented a comprehensive list of political prisoners in Azerbaijan. The list was compiled by a working group of human rights activists and defenders including Jafarov himself, Leyla Yunus and rights defender Intigam Aliyev. This year, June 24, marks one-year anniversary since the comprehensive list was presented to the international community. But rather than celebrating change, and ensuring release of all of the prisoners, the government of Azerbaijan only expanded the list, to include the very authors of the report and a few others prominent journalists and activists.

But also this year, on June 24, athletes from some 50 countries are going to compete in swimming, basketball, beach soccer, volleyball, boxing and fencing during the inaugural European Games in Baku, the capital where most of the political prisoners are currently jailed.

Rasul Jafarov, who presented the report a year ago, will be serving his second month of 6.5 years jail sentence that the Baku Court charged him with on April 16, 2015 despite sufficient evidence proving Jafarov’s innocence.

In the meantime, President Ilham Aliyev, his wife Mehriban Aliyeva, and other government representatives and employees will greet international guests as they arrive to the capital of the oil rich, corrupted, and authoritarian state. Hands will be shaken, compliments exchanged, words of pride and honor voiced as yet another controversial event passes by the capital of jailed souls and unprecedented crackdown.

There will be no Jafarovs, Yunuses, Aliyevs or Ismayilovas to voice criticism as it has been in the past. When in 2012 Azerbaijan was the host of yet another image boosting event – the Eurovision song contest – there were many protests and campaigns organized to show the Azerbaijan away from the blinding lights of the Crystal Hall. This year things look dim as many of the country’s leading activists are in jail.

So it has been mostly the international rights watchdogs, exposing the crackdown behind the USD 8 billion worth European Games, along with some isolated voices from Azerbaijan speaking up here and there. The main message sent across Europe is to refrain from sending high-level government delegations to the opening ceremony of the games.

Given the on-going silence of the Western audience of decision makers as President Aliyev continued unprecedented crackdown over free and independent voices, the chances they will listen are dim.

At home, countering international criticism has been easier than ever however. The army of apologists, trolls and spokespeople say international accusations raised are baseless and that no one remains in jail for his/her political views in Azerbaijan or for something they might have said or written. As one pro-Aliyev journalist said during the World Press Freedom Day in Riga, “Azerbaijan has more freedom of speech than any of you here”. Certainly his speech freedoms are endless.

According to the Committee to Protect Journalists (CPJ) there are 9 journalists currently locked up in Azerbaijan, in addition to four cases of bloggers and online activists.

CPJ is among the disliked organizations in Azerbaijan, just as the Human Rights Watch and the Freedom House. And the authorities are not afraid to show their enmity. Earlier in April, Human Rights Watch Senior Researcher Giorgi Gogia was refused entry into the country after being held hostage for 31 hours at the Baku Haydar Aliyev International Terminal. “The document said, I was denied entry into the country”, said Giorgio Gogia in one of the interviews shortly after his deportation back to his native Georgia.

This too is a new tactic. Organizations like Human Rights Watch visit Azerbaijan to attend hearings of some of their partners and observe the fairness of the trials. Perhaps a report by Amnesty International that came out earlier in March before Gogia’s visit is what turned the alarm sign on for the authorities.

Whatever the reasons, the wild beast eating government critics alive is out, while others watch it in silence.

To discredit the government critics further, Azerbaijani leadership is notorious for resorting to the “Armenian” propaganda argument. Just as President Erdogan of Turkey blames “parallel formations” (which included for a while Israel, US, think tanks, and even the Lufthansa airline) for all the anti-AKP rhetoric, so does Azerbaijan president Aliyev. In Azerbaijan, that “parallel formation” is Armenia. And everyone who speaks up is an agent of Armenia recruited solely for the purpose of discrediting Azerbaijan on an international level. These Armenian agents go around the world attending international events, writing for foreign press about the mounting issues of concern in Azerbaijan, all of which surely are the product of their human imagination.

This tactic of blaming government critics for representing Armenian interests isn’t new. For years, many of the country’s prominent names would be “mocked” for having Armenian friends, defamed in newspapers of being sell outs, criticized for engaging in dialogue with the foe, and supporting peaceful resolution to the conflict.

Most notably, Leyla and Arif Yunus, proponents of peaceful resolution to the conflict, who are currently in jail on charges of treason among a series of other grave accusations. There is also journalist Rauf Mirkadirov, who was extradited from Turkey last year and arrested upon his arrival in the country.

These days, due to mounting criticism from the international rights watchdogs, they too have become associated as being the byproducts of Armenian lobby efforts.

One can no longer raise questions about the legitimacy and transparency of Azerbaijani leadership without being labeled something – a Western spy, an Armenian agent, or the beneficiary of international grants. As one online platform known for its admiration of the government recently wrote “These rogues are ready to take grants from anyone, just to belittle their country”.

So long as it is critical of the government, it must have an Armenian bias.

Jailed for all the wrong reasons

The wave of arrests starting from January 2014 started a new page for Azerbaijani critics. Gone were the days of hooliganism or drug possession charges that would land opponents in jail for shorter prison terms. The charges became heavier, the sentences longer, and the little international pressure there was in the country was replaced by silence, excuses and explanations. At the time of Azerbaijan chairing the Committee of Ministers of the Council of Europe, it’s most well known, thinkers, analysts, civil society experts, activists and journalists landed in jail.

Many of these individuals were engaged with the Western institutions in one-way or another. Through projects, grants, or direct cooperation, many of those currently behind bars sat in rooms with the Western officials, discussing work and building a different future in Azerbaijan.

Today, these people are labeled as criminals but the stories do not match. Back in Riga during the UNESCO organized World Press Freedom Day, a pro-government journalist, Azer Hesret said these people deserved to be in jail because they were trying to overthrow the government and bring in radical Islam to Azerbaijan. At home, their charges include tax evasion, abuse of power, embezzlement, illegal possession of firearms, appropriation and so on. In most severe cases there is also the charge of treason. Nowhere does it say these people were jailed for trying to topple the government. Nor no one talks about their affiliation with some kind radical religious groups.

“Such pressure […] cannot turn us aside from our path. Azerbaijan has no problem with any country, except Armenia. Those undertaking obligation before Armenia within separate international organizations and in various countries are conducting smear campaign. Unfortunately, some forces in Azerbaijan support the smear campaign”, said Bahar Muradova, the vice-speaker of the Azerbaijan Parliament while responding to a recent wave of international criticism.

Is it because “some forces in Azerbaijan” are in support of this “smear campaign” that the country’s critical voices are in jail? Or is it because Azerbaijani government is fiercely trying to avoid the fiasco of the Eurovision song contest and the attention that was created around the rights abuse in the country during this event? Or is it because President Aliyev secured enough influence abroad through its successful and costly lobby?

Whatever the answers to these questions are, the inaugural games are only a month away and the fact that innocent men and women are silenced without a credible reason attests to the graveness of the situation in Azerbaijan.