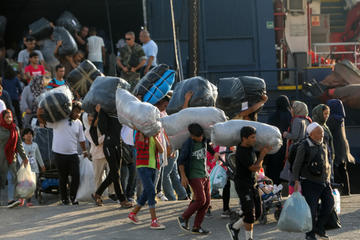 Many European organisations have made an appeal to the European Parliament  in order to stop violence and the use of force against defenseless people at the EU-Turkey border and to restore legality and respect for human rights, including the right to asylum

The European Parliament must intervene to stop violence, the use of force, and human rights violations at the EU-Turkey border.

We call on the European Parliament and the political groups representing EU citizens to stop violence and the use of force against defenseless people at the EU-Turkey border and to restore legality and respect for human rights, firstly the right of asylum.

What is happening is the result of wrong choices made with the aim of externalizing borders and preventing people fleeing from wars and persecutions from arriving in Europe to seek protection.

The agreement signed in March between the EU and Turkey is not only wrong but also counterproductive.

Governments and European institutions have provided Turkey with an instrument of blackmail that allows people to be used as goods, erasing our history, the principles of European constitutions and the civilization of law.
The Greek government, with the support of European governments and the Commission, has waged a real war, with the use of weapons and indiscriminate violence, against defenseless men, women and children.

The use of weapons, by army and police, against unarmed civilians is prohibited by international laws and conventions and there is no circumstance that can justify such barbarism.
The European Parliament must intervene to reaffirm the principle of non-refoulement which in these hours is being canceled at the EU-Turkish border, the right of asylum and acceptance of the people who come to our borders to seek protection.
Actions must be taken to reaffirm the need for a European redistribution plan for asylum seekers, with adequate quotas and with priorities for unaccompanied and separated minors and people in vulnerable conditions.
There is an urgent need to stop violence and the use of force against refugees and to reiterate the principles of solidarity and humanity that are a fundamental part of the European Union and which we cannot renounce if we do not want to erase our history and feed anti-European and anti-democratic feelings, who put the very existence of the EU at risk.