The Balkan Trail: from Thessaloniki to Gevgelija 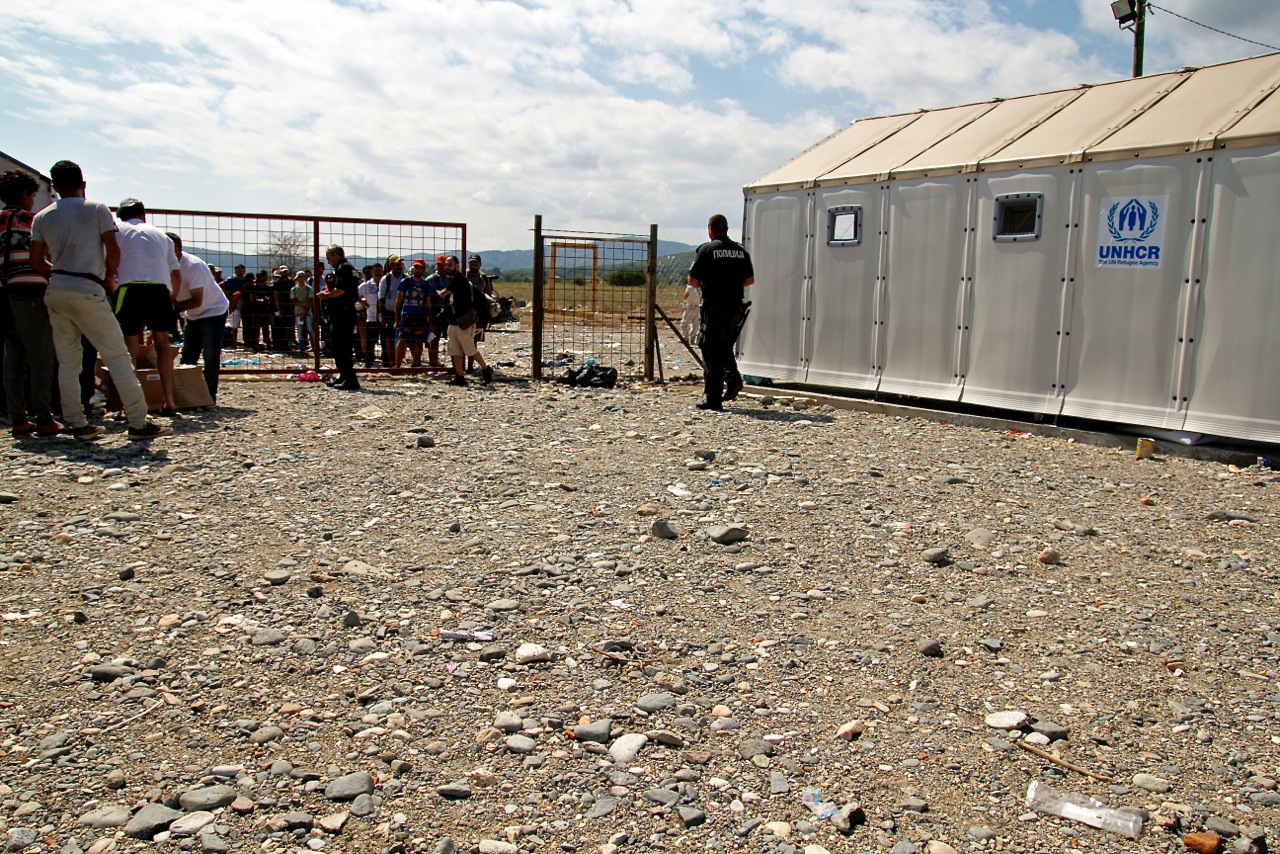 The UNHCR camp in Gevgelija on the border with Greece (photo G. Vale)

Before reaching the town of Gevgelija, Macedonia, our correspondent stops in Thessaloniki to discuss the refugees' situation with the Mayor. Third episode

Thessaloniki is not a compulsory stop on the Balkan Trail. Those who arrive to the port of Athens early in the morning can take a bus that leads them directly to the Macedonian border. Few refugees stop in the second Greek city, and only to change vehicles. In this port city, on the eve of the umpteenth general election, we meet one of Greece's most popular politicians. Yannis Boutaris, 74, former winemaker, has been Mayor since 2010. Earring, tattoos on his hand and fingers, Boutaris comes from civil society and claims he revolutionized the council fighting against corruption. Today, however, we met to talk about the flow of people that has been crossing his country for several months.

When we enter his office, Jean-Claude Juncker has just announced his plan to introduce mandatory quotas for the European Union – the 28 member states will have to accommodate 160,000 asylum seekers currently staying in Italy, Hungary, and Greece. Despite the seemingly good news, Boutaris is not happy.

"It is too little, too late", he tells me. "The European Union should negotiate directly with Turkey, find an agreement to distribute refugees according to the country where they want to go and the capabilities of each destination State. Spare them this long journey and get them on planes", he says. "Keep in mind that in Turkey there are nearly two million Syrians, what will we do if the Turks push them out?", he asks, but does not expect an answer. "The truth is, half of Europe hates refugees", he says bitterly. Boutaris hopes that a slowdown in the flow of migrants will revive the cosmopolitan spirit that has always characterised his city, "the mother of refugees", as he calls it.

Yet, as of now, the Greek authorities registered a 250% increase in arrivals in two months, while asylum requests are in sharp decline. Nobody wants to stay. In Thessaloniki as in Athens, taxis direct to Idomeni – the last Greek town before Gevgelija – are besieged, despite the prohibitive price of 100 Euros for four people (compared to 8 Euros by bus). The refugees will arrive a few kilometres from the border and, after a short march, will have to wait in line in the so-called "buffer zone", the no man's land that lies beyond the railing which separates from the Gevgelija reception centre. In the meantime, half a dozen vendors will try to sell them a bottle of water, a basket of bananas, a canned drink. Overpriced products, sold at minimum two Euros, but coveted in this summer heat with no way out, as these improvised economists know.

Beyond the gate that a Macedonian agent opens every 15 minutes to let the newcomers in, in groups of one hundred, is already Macedonian territory. The temperature is the same, but at least here, in the UNHCR camp, water is free and there are some tents to find shelter from the sun. One can fall on the ground and wait to get new documents to continue the journey.