The Balkan Trail: resting in Belgrade 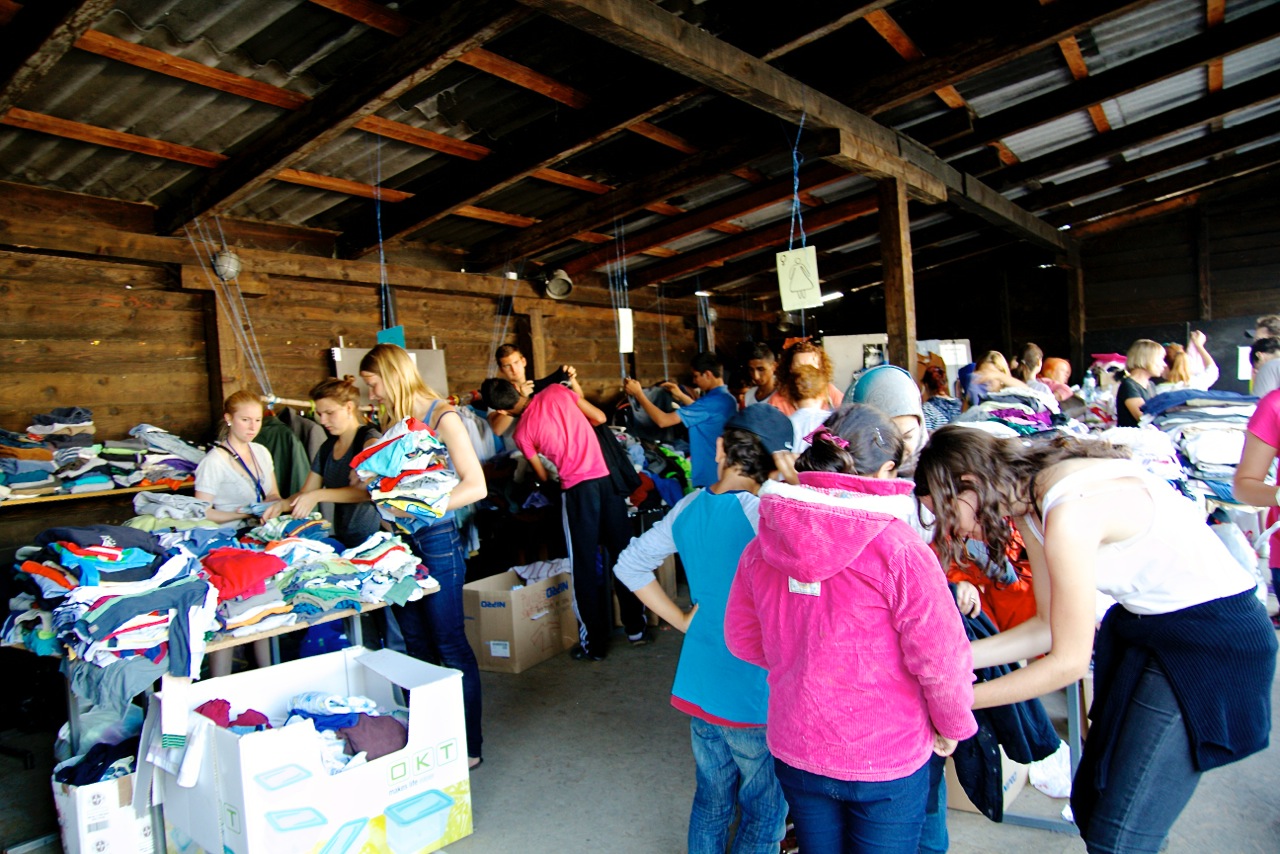 Inside the Miksalište (photo by L. Moreni)

Our correspondent continues his journey with the refugees crossing the Balkan Trail. For many, the stop in Belgrade is a time for resting after the fatigues of the long journey. Sixth episode

The inhabitants of the Preševo-Belgrade train wake up around noon, when they have been on the road for six hours, and just four hours from destination. Children start running around, while fathers, sleepy, look out the windows, smoking with impunity.

Haditha rarely leaves the compartment. Like many mothers, this young woman, hair tied behind the neck and elegant bearing, is keeping an eye on her children, who are currently competing for a can of Pringles. Smiling, perhaps to take a break from the children's games, she tells me about the trip. She is from Kobanî. She left three weeks ago with her family and that of her brother, ten people in total. They are all Kurds of Syria, headed for Germany.

"How has the trip been so far?". "Tough, especially in Mytilene. We remained there for four days without any help", aswers Haditha. One of the boys approaching, curious about the microphone. "And with them, nothing's easy. Often, for example, you need milk and cannot find it".

When her daughter wakes up too and the Pringles tube ends up on the floor, Haditha hints I should go back to the compartment. Belgrade is close and there is a lot of luggage to gather up. I turn to Amara, a student from Pančevo on her way back from a Modern Greek summer course in Thessaloniki. "The Serbs have no problems with refugees", she says, smiling at the children. "Even in Belgrade, the situation is calm". She did not stick the adhesive "Refugees welcome" on the wall of the train, but she clearly agrees with the message.

When we reach the Serbian capital, between the bus station and the adjacent park there is a lot of people bustling, tired, but without animosity. "Belgrade is the first stage in the Balkan route where refugees get to rest", will later say Stéphane Moissaing, coordinator of Doctors Without Borders in Serbia. In this small square with trees, refugees are waiting quietly for the arrival of their bus. For those in need of clothes, water, food, or medical care, a few steps away is the Miksalište, a place converted last summer from cinema and theatre into centre for the collection and distribution of essential goods.

Yet, although the atmosphere is more relaxed than in Preševo or at the Greek-Macedonian border, not everybody is in good health. Alì, for example, has been lying in his tent for a whole day and does not have the strength to walk. "I do not know what it is, it is not the usual asthma, I think it's sugar. I have issues with sugar", he explains.

Yesterday he got examined and the doctor gave him a sachet that made him feel better, but only initially. Shortly thereafter, he lost all his strength. Alì, 44, from Iraq, has already bought his ticket to Subotica and his bus will leave in a couple of hours. "What should I do? I cannot just go back to Istanbul now, it would be too complicated". "What about resting for another day?". "I can't, I've already been in Serbia for three days, I have no more time", he replies. The permit that is issued in Preševo allows 72 hours for crossing the country, then one is irregular. The Spanish photographer accompanying me manages to convince Alì to see one of the Miksalište doctors.

Meanwhile, night fell and the park was transformed. Some tents are gone and new ones appeared. Some are travelling to Vojvodina, some reached the Macedonian border. The Balkan route keeps up its exhausting routine, steps to chase quickly. But at the last frontier, the one with Hungary, this exhausting race is about to stop.