Business on the Balkan Trail: Macedonia 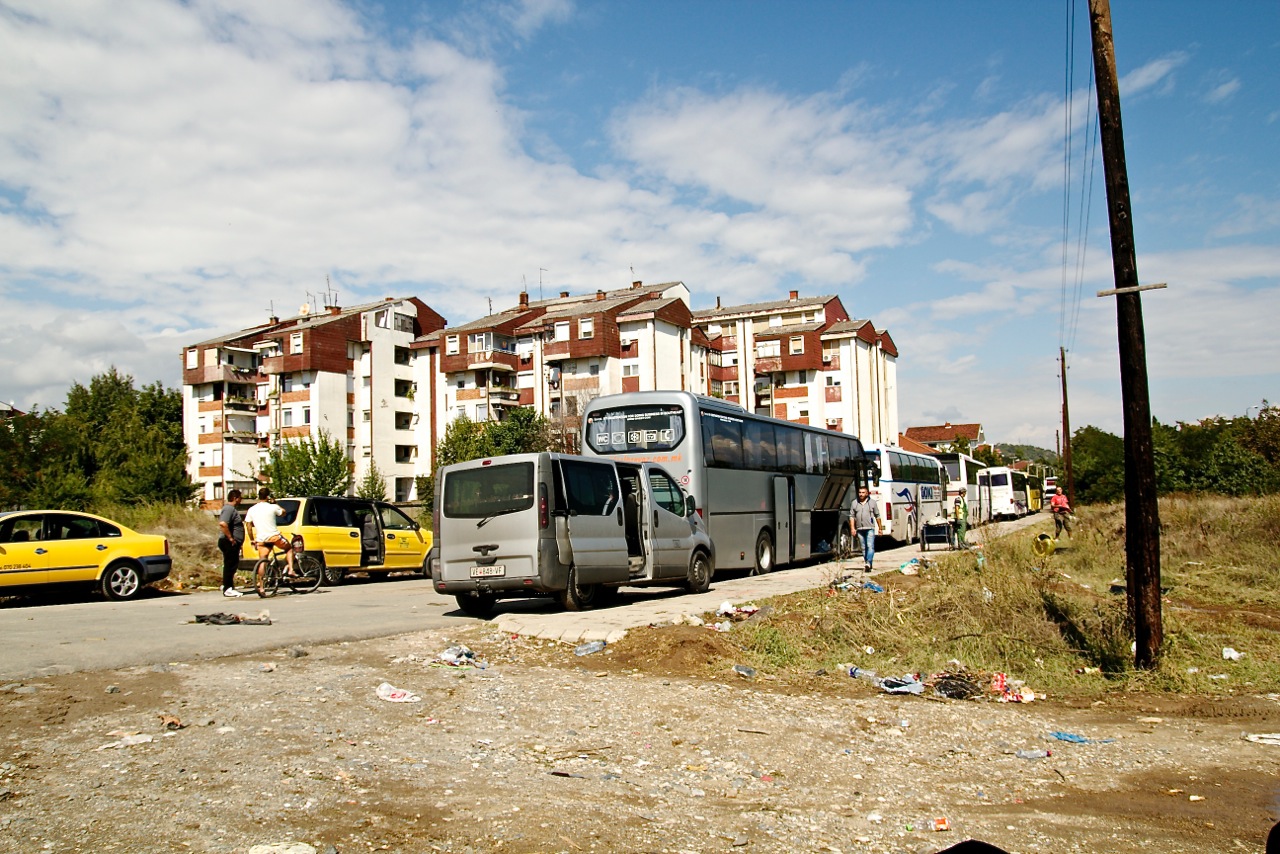 Dozens of company-owned buses wait for refugees at the border between Greece and Macedonia, to take them across the country, all the way up to Serbia

Crossing Macedonia unveils one of the most dreary aspects of the Balkan Trail. A downright migration business is taking place while thousands of refugees cross unfamiliar countries, chasing after a destination which they usually only have a vague idea of, and escaping a situation they know all too well. Economic activity begins right outside the Gevgelija camp, where dozens of parked rumbling buses await. For those who received the new pass from the Macedonian government (which, as of this summer, allows asylum seekers to use public transportation for 72 hours), the cost of the ticket to the Serbian border is 20 Euros.

“All-in-all there are about 40 buses which belong to 16-17 different companies,” Traiće explains, while checking on the number of passengers entering the vehicle of the bus company he works for, “and every bus carries about 50 people and will make the trip two or three times all the way to Tabanovce”, the last Macedonian village in the North. In a day, this leg of just over 200 kilometers, produces a revenue of at least 80.000 Euros.

Furthermore, before departing, there’s time for one last purchase. Peddlers, who until recently were in the transit zone between Greece and Macedonia, hop on board. Meantime, the rates have risen and bananas now cost a Euro for a couple. “Expensive? I better earn something myself while I’m in the sun all day!” answers an angry Macedonian woman in her forties, with her hands full of fruit. When she gets off, the bus driver starts the engine and puts it in gear. His colleague sitting next to him, starts expressing his point of view right away.“For a month now there’s been a lot of people, but three days ago it started becoming absurd!” as he shakes his head. He came off a nightshift and he’s now heading back to Kumanovo to get some sleep, but he’s still in the mood to talk. From his wallet he pulls out a passport photo where there’s an email address written on the back. “It’s a Syrian boy, of just over a year old,” he explains, “his name is “Is” or something like that.” A few days ago he took his family to the Serbian border and his parents left him this souvenir. He looks at the image and smiles, then puts it back in the safety of his notebook.

Alaa, who was watching us, shows his picture as a youngster from his mobile phone. This 28 yr. old from Damascus left a younger brother and sister back home, along with his mother and father. “Half of our house collapsed,” he recounts. He’s headed for Germany, or maybe Norway. But for the moment, we get off together at the Serbian-Macedonian border, a few steps away from the train tracks that will need to be crossed before walking among the hills for the next forty minutes. “Keep going straight, you can’t miss it,” the driver says in Macedonian. And everyone nods thanking him. He gets back on and heads back to Gevgelija where a new group waits to be carried North.