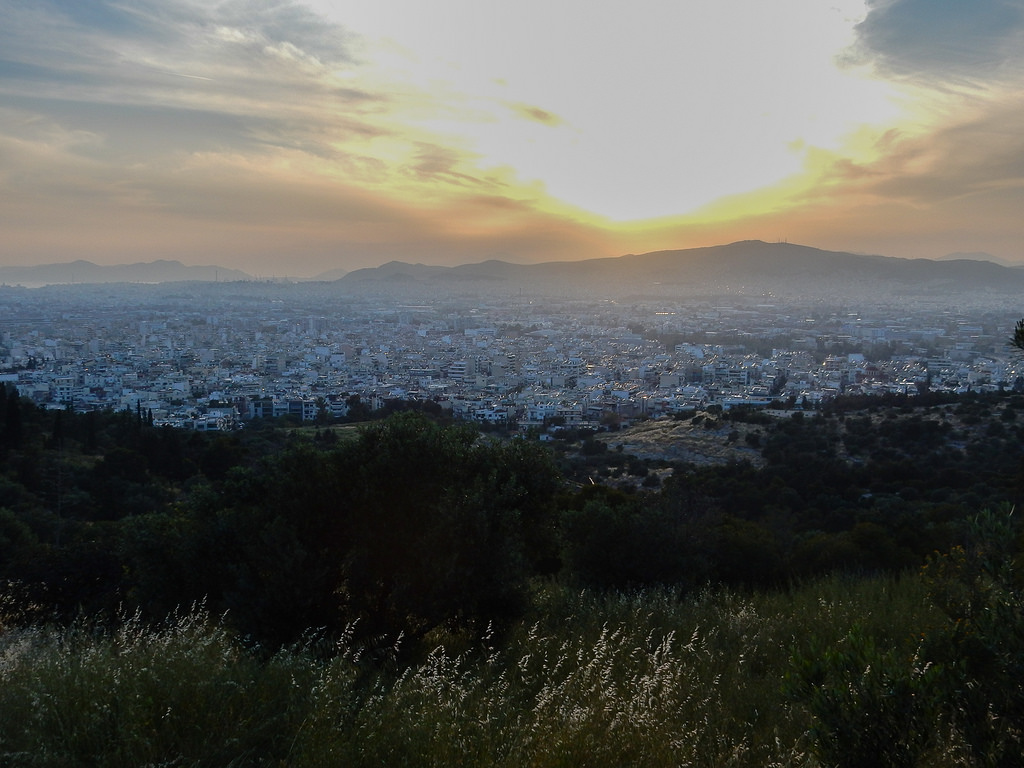 Downtown Athens, a small garden full of people. This is where we meet Said, an Afghan boy with a contagious smile

Refugees hope to spend as little time as possible in the network of sidewalks and ups-and-downs that make up the centre of Athens. Those who managed rented a room for the night, ahead of a possible departure tomorrow to Thessaloniki or Macedonia. Those who did not, headed for Victoria Square, where a small garden is already crowded with hundreds of people. They are mostly Afghans, seeking a few hours of rest in this unlikely green oasis in the middle of the Athens traffic.

I meet Said, 25, an Afghan boy with a contagious smile sitting on a wall, next to three friends. He arrived yesterday to the Piraeus from Iran, where he lived for the past three years. Of the Islamic Republic, he says, he could not take any more. "I was whipped eighty times for drinking alcohol, after neighbours denounced me", he says. "Are you not a Muslim?" "Yes, yes, but...", and his travel companions burst out laughing.

After leaving, 21 days ago, Said claims he lost 15 kilos. "From 85 to 70!", he exclaims, lifting his shirt to show his belly. One of the hardest moments of his odyssey was in Turkey, when he travelled locked in a van for a long stretch of the country. Twenty persons confined in a small space, for five hours. After crossing by boat, he reached Lesbos, where he found himself stuck for twelve days, waiting for the overworked Greek authorities to process his dossier.

Now his plan is to take a bus tonight and go directly to the Macedonian border, skipping Thessaloniki. He is not the only one with the same idea. The population of Victoria Square changes depending on the time of day. In the evening, while some groups head to their coaches, volunteers of the Greek Forum for Refugees arrive with a large pot of cous-cous. Like every evening, the president of the Forum, Yonous Muhammadi, is there to make sure everything runs properly.

"The headquarters of Golden Dawn are nearby, and it would not be the first time they come here to provoke or mistreat someone", explains Yonous. "We come also to keep this place clean, because we want the comings and goings of these people to cause as little disruption to local residents as possible".

In a country struck by the economic crisis, however, continuing support activities for refugees is not easy. Since its creation, in 2010, the Forum has consistently distributed food, clothes, and other basic necessities. "We did not buy these things, Greek citizens would give them to us", recalls Yonous. "Now, we receive very little. And half of the patients at the health centre of Médecins du Monde are of Greek nationality".