The refugees of Patras 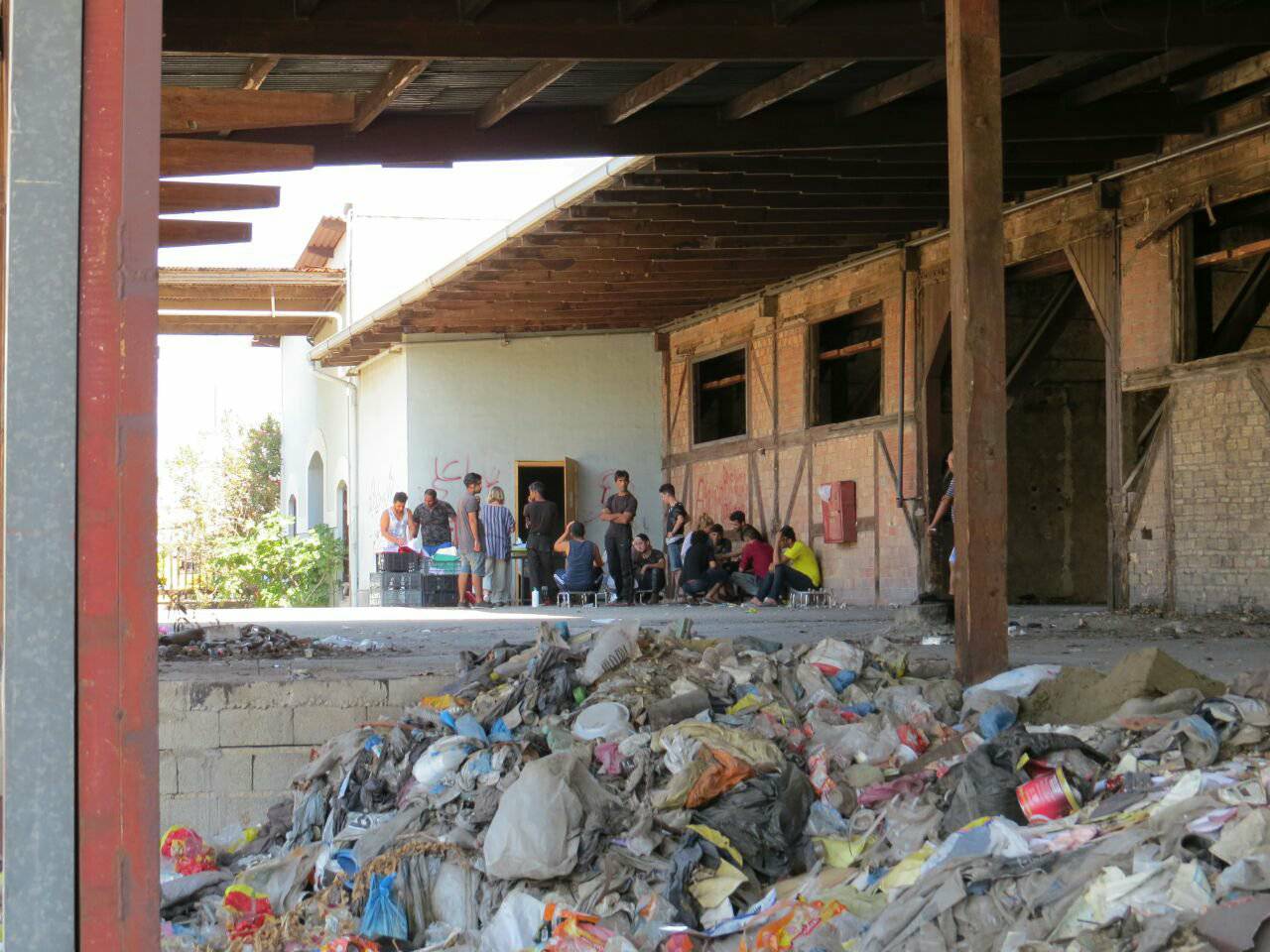 Hundreds of refugees and migrants are living in abandoned factories and tents around the port of Patras, hoping to leave Greece and continue on to northern Europe.

Abandoned factories, like the one in Subotica, at the border between Serbia and Hungary; tents erected here and there, like in Calais on the coast of the English Channel; poor sanitation and health, violence… A “jungle”, in short, like so many other European locations have been called in recent years. This is the situation in Patras, Greece, where hundreds of refugees and migrants wait to embark for Italy and make their way to northern Europe. Similar to the period between 2009 and 2012, the region of Achaea and its capital Patras are once again in the middle of a migration route, after the closure of the Balkan route and the agreement between the EU and Turkey which closed off Greece’s borders. Afghans, Pakistanis, but also Algerians and Moroccans abandon the refugee camps scattered across Greek territory and head to Patras, to the west of the gulf of Corinth, from where they board ferries for Apulia.

According to humanitarian groups, which are more and more numerous in the area, there are around 400 refugees and migrants now living in the two abandoned factories near the port. “Twice the number compared to January 2017,” says Luath Glendinning, co-founder of the swiss NGO, FoodKIND. This organisation, which provides hot meals in various areas of Greece with migrant populations in need, came to Patras a year ago. “We heard that there was a group of people living completely abandoned, in terrible conditions. So we decided to do some research,” says Glendinning, “We discovered a large group of men and boys, many under 18, with no access to food, clothing, or medical assistance”. A project was then launched which involves half a dozen volunteers in Patras and another ten overseas, who distribute, besides urgent supplies, “a breakfast, a hot tea, and a meal every day, 365 days a year”.

The committee of the European Parliament, “Civil liberty, Justice and Internal Affairs”, citing article 80 of the Treaty on the Functioning of the European Union, which requires that on issues of migration the “principle of solidarity and equal share of responsibility among member states” applies, has also presented a proposal concerning (but not limited to) the financial aspect of the problem. Approved by the European Parliament on November 2017, it invites to abandon the criteria concerning the first point of entry, and to distribute asylum seekers among member states according to a permanent system of quotas.

Soon after the arrival of FoodKIND, the German organisation DocMobile also came to Patras, offering medical assistance to the people camped near the port. Originally from Bolzano, Sarah Galastri is one of the doctors who have decided to volunteer with the organisation in Patras. After spending three weeks there in the summer, she returned at the end of January 2018. “Compared to six months ago, the situation has stabilised, but what has increased, unfortunately, is the violence of security forces against the people who try to enter the boarding area”, says Galastri. Every day, dozens of migrants and refugees play what they call “the game”. It involves passing the fence which surrounds the port, and entering, unseen, one of the trucks departing for Brindisi by ferry. Very few succeed, and those who are seen by the authorities return with “fractures”, “bruises”, or “dog bites”, Galastri explains.

Between one attempt at departure and the next, the living conditions inside the two abandoned factories are worse than precarious. “The fight against scabies, for example, is a losing battle,” Galastri says. “Everyone has scabies, and eradicating it is simply impossible: it is too dirty and the patients live in close quarters, such that after we have cured a particularly severe case, it returns a few days later”. To ease the suffering of those who live there night and day, the local council of Patras has made provisions to install running water, and in the future, confirms the DocMobile volunteer, “there will also be showers, thanks to Médecins Sans Frontières, who arrived at the end of January”. From the local organisations, then, come clothes and other necessities, as well as English classes, since, given the rarity of winning “the game”, the refugees and migrants could be in for a long stay.

Is Greece isolated within the EU?

Volunteers talk of “people stuck in the Greek port for more than six months”, as Alexandra Menschick confirms. Menschick works with the German NGO Heimatstern.eV, which has erected two ten-metre tents near the port this week. Meanwhile, the Greek Coast Guard complains of “a barely manageable” situation. In the middle of January an official of the Coast Guard told Ekathimerini that “guaranteeing the security of the port is a constant struggle”. Indeed, early this year the Coast Guard union launched, “for the umpteenth time”, an appeal to the government, asking for “immediate and drastic solutions before it is too late”. Even though the central government has provided additional staff to patrol the port, the situation remains critical in Achaea, as it does in the rest of the country, where there are now more than 64,000 refugees and migrants, of which 15,000 remain in precarious conditions on the Aegean islands.

The Greek government, along with Italy, was counting on a relocation system which would transfer 160,000 asylum seekers to other EU countries. But they’re now seeing the definitive closure of that system, after its strongest supporter, Germany, quit the scene. Indeed, on January 29th, 2018, Annegret Korff, spokesperson for the German ministry of the Interior, told Deutsche Welle that “there are now virtually no more asylum seekers in Greece who could be considered for resettlement”. This position was confirmed by the minister himself, Thomas de Maiziere, according to whom Germany no longer cares about enforcing the quota system “at all costs”. This comes when only 33,000 refugees of 160,000 have been transferred from Italy and Greece, and Germany has taken only a third of its own quota. Within the EU itself, meanwhile, it is precisely the question of relocation and solidarity among member states that has slowed down every proposed reform of the European asylum policy and the Dublin Regulation.

For the Greek prime minister Alexis Tsipras, recently interviewed in Davos, his country has managed the question of immigration “with dignity”, while “many other states [of the EU, ed.] believe that if the problem doesn’t exist in their own backyard, then it doesn’t exist at all”. In the next six months, during the Bulgarian presidency of the European Council, the EU will have to find a solution to the problem which is “literally dividing Europe”, as Bulgarian Prime Minister Boyko Borisov attested in early January. His government – reports Deutsche Welle – intends to be a bridge between the two existing positions in Europe concerning immigration, before Austria, known for their intransigent position on the issue, assume the presidency on July 1st. There will be no lack of documents up for discussion, given that a resolution demanding “a holistic approach” from the EU on the situation in the Mediterranean was already adopted by the European Parliament in April 2016.