Ukraine, the media after Maidan 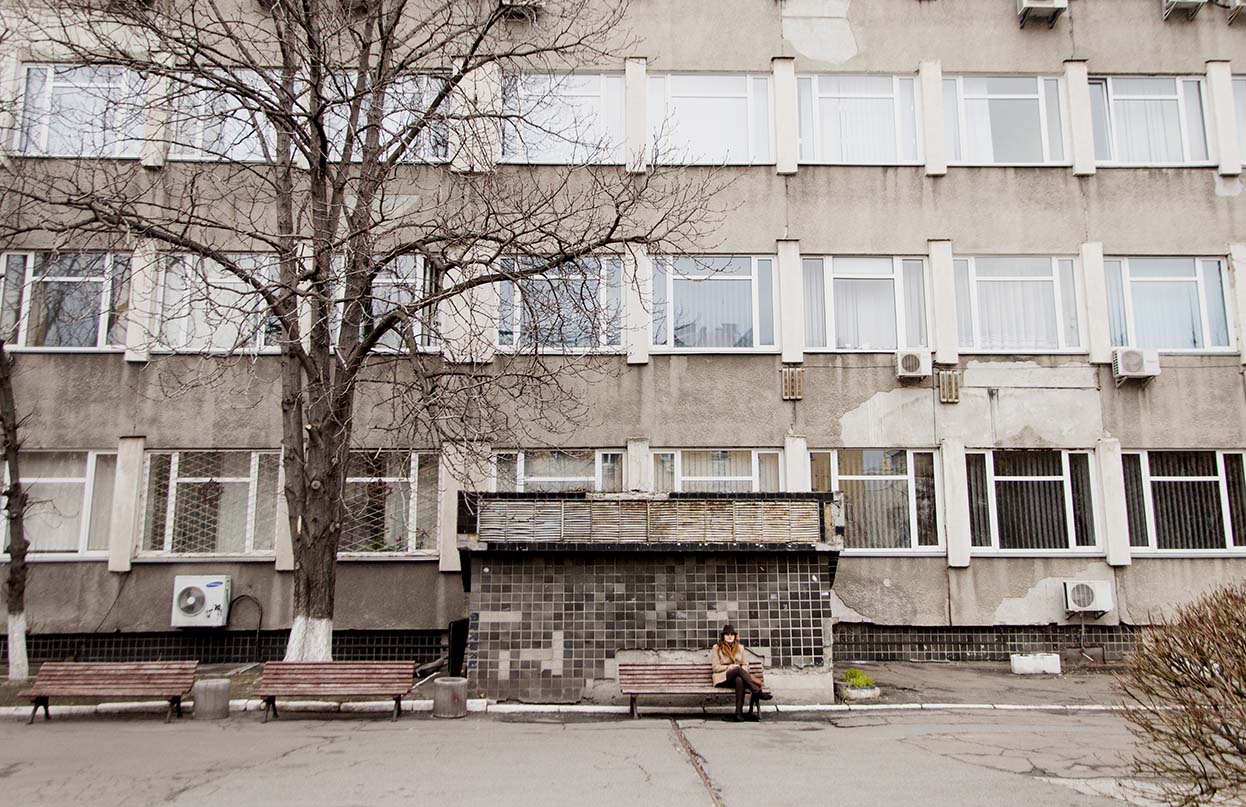 The School of Journalism at Mohyla University (photo M. Tacconi)

In the post Maidan Ukraine, there is growing ambition amongst students of journalism and journalists to make information more independent. Report

The historical Mohyla university of Kiev is situated in the old quarter of Podil. It is squeezed between the Kontraktova Square, the Post Office and the west bank of the River Dnieper, which runs through the country and crosses the centre of the capital. Since 2002 the University of Mohyla has had its own School of Journalism. Yehven Fedchenko became its Director in 2005. Over this period, he explains, the basic philosophy for training aspiring journalists has not changed. "The continuing goal is still a training which monitors the requirements of the news industry while giving the students a true sense of journalism with a practical approach."

From anchormen to Investigative Journalists

Although this hasn’t changed, the ambitions of the students have, explained Fedchenko receiving us in his study. In the classroom next door, the students were working in front of a camera. Ten years ago, says Fedcenko, the majority of students wanted to do television journalism for the main broadcasters, especially those controlled by the oligarchs. Now we see a growing interest towards independent media. Many students would like to work as investigative journalists for small, alternative structures. Some are even thinking of creating their own journalistic startup.

This change is partly due to the uprising in Maidan which started in November 2013 and ended when the ex-President Viktor Yanukovich fled. It was followed by the separatist crisis in Crimea and the armed conflict in Donbass. “After Maidan there has been an increase in plurality of opinions, telling of facts and number of sources. The difference is the network. Gradually we are moving away from the dominance of the television, in its own way an extension of the oligarch power”, adds the director of the School of Journalism of the Mohyla university, an institution considered close to the ideals of the “Revolution of Dignity”.

Yehven Fedchenko appears as co-founder of stopfake.org which opposes the version of the crisis and the Ukraine account put forward by Russia, after checking facts.

“Stopfake.org began as a voluntary project. We didn’t think it would last long, nor that we would expand.” The site is published  in several languages. There’s also an Italian section. In some cases it treats cases from the head office, in others it develops articles published from secondary sources from writers who support the Ukrainian cause. The curator of the section considers that 80 percent of the Italian media is pro-Russian and that all parties in opposition to Matteo Renzi's present government are keen to support Vladimir Putin as part of an anti-Europe stance."

Stopfake.org is only one of the media born in the wake of Maidan. Another is Euromaidan PR , the journalistic evolution of one of the most popular social networks in the days after the streets revolt. Reading the content, one has the impression that the aggressive and apocalyptic tone of the first days is being abandoned and is becoming more lucid. As in this and other cases, there is a lot of attention to reform.

The “Maidan media” are increasingly taking the role of watchdogs in this delicate process. Without doubt, the best-known is the Hromadske.tv , considered the voice of the revolution. It is financed by Western governments and foundations, as well as by small private donations. The language used is modern, the work is properly journalistic and the ties to the street seem less strong.

News, however, are not coming only from Kiev. “New media initiatives are emerging also in other cities, like nakipelo.tv at Kharkiv, and something is also moving in Lviv”, says Aleksandr Yaroschuk, one of the students from the school of journalism at the University of Mohyla. He would like to give more space to civil society through his profession. His passion for journalism was born before Maidan. “In this sense it did not influence me."

Maidan however influenced the career of Anastasiya Ringis. She was previously an economics journalist and mainly wrote about startups. Then the revolution came. She went on the streets. She now works as a political reporter for Ukrainska Pravda , an online news site founded in 2000, interested in the manoeuvres of those in power. “We journalists can influence and contribute to changing the system now dominated by the Oligarchs,” says Anastasiya Ringis. I met her at the Kyiv Media Hub, a public space between the Ukrainska Pravda, Hromadske.tv and the Centre for United Actions , an organisation working on issues such as access to public documents.

All media which have influenced or have been influenced by Maidan share the battle for moral cleansing, administrative transparency and for the reduction of the oligarchical hegemony in society. It could therefore seem strange that Serhiy Leshchenko, a former Deputy Director of Ukrainska Pravda, and Mustafa Nayem, a former correspondent as well as founder of Hromadske.tv, sit in Parliament on the benches of the Poroshenko Block, the President’s party. An oligarch himself, Poroshenko was also caught up in the Panama Papers leak. “They were elected to change the system from the inside. I don’t think they have any alternatives”, says Anastasiya Ringis.

In the last few weeks the name of the founder of Ukrainska Pravda, Georgiy Gongadze, was in the media more than once. This journalist was hated by those in power. He was kidnapped in September of 2000. His beheaded body was found in a forest a few kilometres from Kyiv. Finally, sixteen years after this terrible murder, the funeral was held . There are still a lot of judicial queries regarding his death, and the name of former President Leonid Kuchma has been connected to it. One of the reasons for the delay in holding the funeral was that Gongadze's mother, who died in 2013, refused to identify the body without its head.

“Gongadze is the symbol of freedom of information,” explains Anastasia Ringis. Yevhen Fedchenko agrees. “His death has changed journalism. Before it was a safe, prestigious job. But Gongadze’s sacrifice has shown the entire journalistic community that those who want to be true journalists can pay a price."