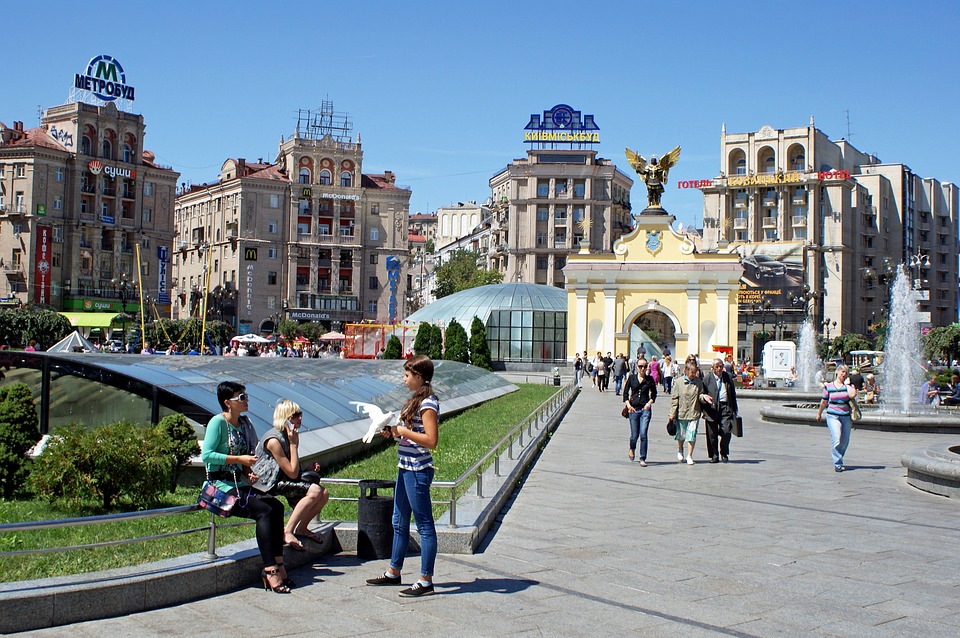 Is there a way to develop a country where there is virtually no trust for the state? If someone thinks so, please let us know

In our years of research on Ukraine we have often encountered reports showing low trust in state institutions and lack of dialogue between the state and its citizens. Some years, and several «revolutions», afterwards we decided to test by ourselves how much trust there is in Ukrainian institutions. The results were striking and beyond our expectations, but not necessarily in a positive way. Not only 84% of Ukrainians seem not to believe that the state is acting in their interest, as individuals, 79% of them also do not believe that the government is doing any good to their country.

Knock knock, is there anybody (or some sort of state) there?

In December 2015 the Kiev International Institute of Sociology (KIIS) conducted a nationally representative survey to which we had the chance to add a few questions. Given our main focus of research, informality and informal connections with particular attention to the health sector, we thought it would be interesting to study the role of personal connections in nowadays Ukraine. To what extent, we thought, citizens tend to supplement the state through personal connections. To what extent they try to use alternative channels, in particular non monetary ones, to gain access to services that are, in theory, delivered for free and are fully accessible.

Our starting question question was to what degree personal networks and trust to other citizens are important. To answer it, we set out to answer it with an assumption that connections could be seen as a way to supplement the state. Where the state is unable to provide some services, connections might help.

However, the picture we gathered is much bleaker to our surprise. The statement “I think the state acts in my interests” received 84% of negative answers. That is that more of 4 Ukrainians out of 5 thinks the state is not acting in their interests. Now, a state can act against individual interests for the good of the community. However, also the statement “The government does what is best for Ukraine” received 79% of negative answers. Also in this case, virtually 4 out of 5 Ukrainians do not feel the government is acting in their, and their country's interests.

Even more surprising is the fact that 78% disagree with the statement that “The local authorities have improved public service provision in recent years”, de facto contradicting any claims that things are improving in the country. The result is a widespread perception of the state as unable, or unwilling, to protect its citizens. Indeed, 76% of the respondents agreed with the statement that “People like me do not feel the State protects them”.

We expect that, at this point and after such negative information, some readers might want to play the devil's advocate and question the methodology used or, more simply, express their skepticism towards statistics, a thing that we are sometimes incline to share ourselves. However, two things can be said. First, KIIS has been conducting surveys in Ukraine since 1992 and its members from before, emerging as one of the leading survey institutes in the country. Second, even if by some joke of nature (or statistics) the standard(ised) error in the survey is higher than one could expect, the figures we have are still high. Even admitting a 20% error we would still have over 60%  of the country showing the deficiencies of a state.

Ukrainians do not trust their state nor think it has done sufficiently to improve the situation in the country. So, what was the point of the Euromaidan, of and weeks of war with the authorities, of those who died dreaming of a better world? Was it all worthless?

But people were smiling at one another in the marshrutka...

Lack of state trust does not necessarily mean lack of hope. Ukrainians might not trust the state but rely on other institutions. A friend who reported «[After Euromaidan] people started smiling at one another in the marshrutka, they greeted strangers and you could feel the energy in the air» initially made us smile. However, this is perhaps the main highlight of our survey. While state trust is at a minimal level, trust in other people — and a society is made of people — is reheartingly high. For one thing, about nine out of ten Ukrainians agree that it is important to help others.

In regions like Vinnitsa, Ivano-Frankivsk, Kirovograd we saw peaks of 100% of the respondents stating that it is important, or very important, to help one other. The lowest support for this statement was found in the Ternopil and Kharkiv regions but still, 61,5% and 64,9% respectively supported the idea that helping other people is important.

Indeed, citizen-to-citizen links seem to be one of the most important assets in Ukraine nowadays. Our survey showed that 84.1% believe it is crucial to have good connections in the professional sphere in order to obtain public services or the information one is looking for.

Does Ukraine need a state?

The above results can be interpreted in two, radically opposite, directions. In an anarchic destructive fashion one could say that Ukrainians do not need state institutions, if a state at all. After all, they seem ready to help one another, do not trust their state nor they think state institutions are doing any good to them or the country. There have enough people happy to help each other and, as long as there is solidarity at the individual level, there will be a way to survive everything.

It seems hard, not to say impossible, to imagine, however, such a large population without a state and institutions. And the fact that Ukrainians seem ready to help each other sounds promising so that we could interpret the data above in a more propositive fashion. Perhaps the lesson one can learn here is that there is a strong social tissue and the desire to participate in a community but there is little understanding about how to do this. Low levels of trust might simply be the direct consequence of citizens' lack of involvement in decisions that ultimately affect their lives. To what extent citizens' ideas and, even more important, feedback are taken into account when adopting a new policy or evaluating its impact at the national and local level? The benefits of evidence-based actions have widely been demonstrated. It is perhaps time to deal with them not only in theory but also in practice.

Perhaps a better dialogue, and more frequent interactions, between the state and its citizens could help providing political actors with a better understanding what new directions are needed. If the institutions that are supposed to work for the citizens also start to work with the citizens there are chances to create a space where the country's elites and its citizens can meet. Of course, we are not suggesting that the Ukrainians should occupy the Rada (once again, haven't we been there too  many times recently?). Ukrainians have been extremely skillful in coordinating actions between political opposition, civil society actors and the citizens themselves. However, synergies and coordination between these actors have tended to disappear once a status quo had been changed.

As the “Solidarnosc” example has shown, it is easy to be at the opposition and challenge a political elite but it is not that easy to make decisions once you become the establishment. After every major political unrest, Ukrainian society and its political actors have evolved into different directions. Those who wanted to engage with politics have often been able to engage politically, but dialogue with citizens. Citizens, on their side, have not always been able to see in what their opinion could be important. They have not been explained, in many cases, that their opinion should count and be the basis for policy making.

It is perhaps time to create mechanisms and foster  a dialogue at the neighbourhood or town council level. By doing this, it would become easier to build something with the people and for the people.

*Abel Polese is a researcher and works in international cooperation in the former Soviet Union, South East Asia and Latin America. His project “Sustainable Development in Cultural Diversity” received the Global Education Award of the Council of Europe in 2011. His area of interest includes governance and informal practices.

*Tetiana Stepurko is a sociologist. Her interests include public health issues. She teaches at the Mohyla Academy in Kiev.