Ukraine: the elections and the failed future 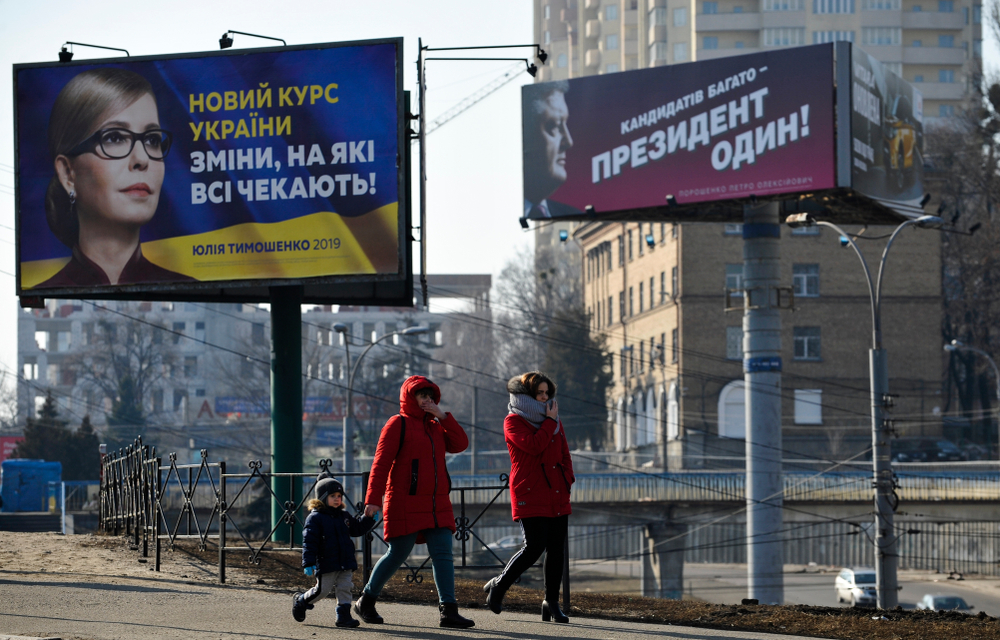 Both presidential and political elections are scheduled to take place in Ukraine in 2019. Next March 31st it is time for the first round of presidential elections, in a climate that unfortunately seems to anchor the country to its turbulent past

Five years after the protests that became known as EuroMaidan and the flight of then president Viktor Yanukovich, Ukraine is preparing for a new step that many consider crucial. Indeed, 2019's two electoral rounds could change the country's political landscape once again. Presidential elections are scheduled for March 31st, while at the end of October citizens will be asked to renew the Verhovna Rada (parliament).

These are not just two central events for the institutional stability of a country which, following the 2013/2014 protests and the Kremlin's aggressive policy, has seen part of its territory annexed by Russia (Crimea) and the outbreak of a war, never really concluded, which involved its eastern regions (Donbass). The elections will be a crucial step to understand in what direction Ukraine will move in the next five years and assess whether there is still room for reform of a system that, to date, still seems to be anchored in the past.

Uncertainty reigns on the eve of the vote. With over 30 registered candidates, according to recent polls the real challenge for the outgoing president, Petro Poroshenko, will come from old acquaintance Yulia Tymoshenko and the "anti-establishment" candidate, comedian Volodymyr Zelensky. Another couple of candidates, such as Yanukovich's former ally Yuriy Boyko and Anatoliy Hrytsenko, representative of the "progressive camp", could hope – in case of exceptional events – to reach the second round.

Poroshenko, in a crisis of consensus and almost in symbiosis with the past of Ukrainian politics, has taken on an increasingly authoritarian character, no longer ashamed to use presidential resources and personal control over the judicial system and security services (SBU) to his own advantage . On the other hand, the past of the old heroine of the orange revolution, Yulia Tymoshenko, can hardly represent something new for the country. Zelensky – currently in the lead in the polls – remains the most mysterious figure. On the one hand, the support that Zelensky seems to collect (especially among the younger population) represents, paradoxically, the main result of Poroshenko's inability and lack of willingness to undertake structural reforms; on the other hand, the comedian's links with powerful oligarch Igor Kolomoiskiy and the vagueness of his electoral campaign make it hard to figure out his political future. A candidate "one against all" who, beyond the surface, could become a candidate "like everyone else".

So, if one were to bet on the future course of the country based on the very long electoral campaign, few would bet on stability and institutional consolidation. The electoral race that ideally was supposed to definitively cement the new era of Ukrainian politics after the hasty escape of Viktor Yanukovych, who symbolically encompassed all the ills of post-Soviet Ukraine, was indeed characterised by many elements that recall the past – from the control exercised by the presidential administration on the major media and television channels to the growing pressure on civil society ; from the corruption scandals to the instrumental use of violence against political opponents; from the populist rhetoric of the main candidates to the proliferation of "technical candidates" whose sole purpose is to take away votes from the main figures in the presidential race (the most famous case being that of Yuriy Tymoshenko ). All of this, of course, in an international context that is anything but stable, as demonstrated by the naval confrontation between the Ukrainian and Russian navies at the Kerch Strait and the Donbass dilemma – a theme left on the margins of the debate because without real solutions.

Yet, politics in Ukraine is not just what is seen on the surface. The control over institutions and the loyalty of influential men remain fundamental elements, especially in the vicinity of elections. And although it remains difficult to know which show is going on behind the scenes, more and more elements lead us to think that many Poroshenko allies are ready to defect, betting on the duo Tymoshenko-Zelensky. Although some indications were already in the air, the recent corruption scandal in the state-owned army equipment company (UkrOboronProm), which involved men close to the president, and the final split in far-right circles are perhaps the most important examples of new alliances in view of the elections.

At the centre of the case there would be Interior Minister Arsen Avakov. In recent years, Avakov has become one of the most influential figures in the country, not only thanks to the almost absolute and personal (as well as institutional) control over the police forces, but also for his significant influence on some far-right environments. It should not be surprising, therefore, that just as the rumors increase that Avakov and Poroshenko are at loggerheads , confidential documents begin to circulate on corruption schemes in the Ministry of Defense (the UkrOboronProm case), while a part of the far-right circles begins to challenge the outgoing president.

The extreme right still in the spotlight

The instrumental role of the various extreme-right groups, increasingly on the payroll of political personalities, is confirmed by the recent rift within nationalist circles. If some groups (such as C14) that can count on close ties to the security services (SBU) – which in turn are under the absolute control of the president – have concentrated their activity against Poroshenko's opponents, others (such as the National Corps, branch of the Azov battalion) – historically under the wing of the Interior Minister – have no qualms not only challenging Poroshenko, but also interrupting his electoral campaign with violence .

In a climate of growing tension and an increasingly open struggle for power between the most influential political figures, extreme right-wing elements and groups could again play an important role. It is not only a question of the instrumental use of violence against personalities unwelcome to their political "master". In fact, just a few weeks ago, the organisation linked to Azov and the National Corps, the famous National Militia that patrols the streets of many Ukrainian cities , was officially accredited as one of the organisations that will play the role of observer during the voting days.

Five years ago, few probably could have believed that the first real election campaign after Maidan's "revolution" and Poroshenko's early elections would have been characterised by a climate that was all too familiar to post-Soviet Ukraine. Few, in the Ukraine and among Western observers, could have believed that, at the end of his first five years, Petro Poroshenko could have looked more like his predecessor – corrupted and authoritarian – than a reformer. And if no one really believed that Ukraine could change overnight, the Leopard-like spectacle offered by the electoral campaign seems, today, more a step backwards than the small, uncertain step forward that many hoped to see.

The war in Donbass and the annexation of Crimea by Moscow are certainly some of the causes that have contributed to anchoring Ukraine to its past. However, in a perverse paradox, the war itself could also have opened the door to a true political transition. Today, for example, the division between east and west of the country, however exaggerated and never completely real, seems to have disappeared – so much so that a candidate who only and exclusively looks to a part of the country could no longer win the elections. Obviously, however, this is not enough without decisive steps in the fight against corruption and crucial reforms that can finally release fundamental institutions from the control of the current president. There is a long way to go, it remains to be seen if the winner of the long race will have the intention (or ability) to do so.