Ukraine: life in a minefield 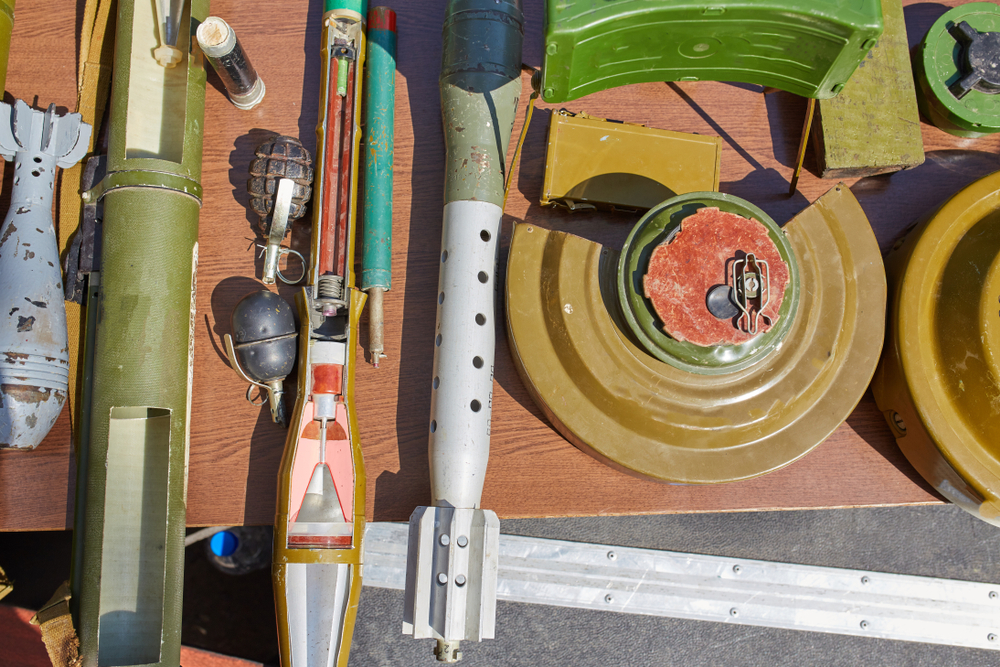 In Donbas, along the line of contact between the Ukrainian army and the separatists, there are hectares of mined territory. Securing it – once the conflict is over – will take more than half a century. A tragedy within a tragedy

(This article is published in collaboration with Eastjournal )

The global pandemic crisis and the increase in the number of coronavirus cases in Ukraine seem to have set aside one of the country's thorns in the side: the armed conflict in the Donbas territories. The last six months have not led to much on this front, despite the promises made by the various leaders of the Normandy format: the separatist forces of the self-proclaimed republics of Donetsk and Luhansk continue to fight against the Ukrainian armed forces in the east of the country, with no sign of radical changes in sight. And the victims who suffer the consequences are not only soldiers who risk their lives every day at the front, but above all their families and the civilian population (men, women, and children) who live in these disputed territories, where bombs and mines are routine, even in areas that are now free and far from the contact line.

Life in a minefield

Due to the armed conflict that has been going on for six years, according to United Nations estimates, the territories in eastern Ukraine are currently among the areas most contaminated by mines and explosive devices on the entire planet. The amount of mined land in Ukraine can only be assumed, as there are no exact figures; furthermore, some areas are off-limits and not even accessible by the mine clearance operators. However, the estimated numbers are staggering: 1.6 million hectares of land are currently mined in the Donbas basin, including 700,000 hectares in the territories controlled by the government of Kiev. The most affected region remains that of Donetsk (560,000 hectares), while that of Luhansk seems safer (120,000 hectares). It is not known how long the demining of the last 6 years of conflict will take but, according to some UN experts, a single year of war corresponds to ten years of demining operations: if the war in Donbas were to end tomorrow, the east of the country would still be highly dangerous territory for the next 50 years.

Clearing mines in the territories freed from the separatists and currently under the control of Kiev is no easy task, despite the fact that Ukraine already has a team of experts who have been dealing with it for several years. However, thanks to the financial support of the governments of 10 countries, some results have been achieved in the liberated territories of the Donetsk and Luhansk regions: to date, 36 sites have been demined for a total area of ​​over 250.7 hectares.

From 2014 to 2019, HALO Trust , a Scottish non-governmental organisation specialising in land demining (notably known for mine clearance operations in Afghanistan), recorded nearly 2,000 victims of these bombs in Ukraine between men, women, and children. Villages and rural areas are hit the hardest and become battlefields, with vast areas of agricultural and forest land littered with explosives as the front line advances. HALO Trust maps and reports hazardous areas using machinery to clean up battlefields and buildings or infrastructure damaged during combat. In addition to making the land safer, its experts also provide risk education courses, thereby helping locals – especially children – understand how to stay safe and how to behave in mine-affected areas.

The organisation operates within the humanitarian demining project promoted in the country: "We check every inch of the ground several times with a metal detector. And only after that we can be sure that not even one mine or bomb has been lost", says Patrick , one of the HALO Trust experts on a mission to Donbas; and adds: "This type of demining usually consists of identifying the mine and its defusing, the latter phase relatively simple and fast; the real problem lies in the identification, both in terms of time and costs”. Among the explosive objects that deminers most often find in the Donbas are anti-personnel and anti-tank mines, cluster munitions, and unexploded ordnance, some even dating back to the Second World War.

There is no peace for either the military or civilians: anti-tank mines, having a much larger explosive charge than anti-personnel mines, are also dangerous for humans as they sometimes function exactly like anti-personnel mines and, when a person tramples on one, it explodes; in jargon they are called "petals". As Major General Bogdan Bondar states in an interview with Defense Express , answering questions about clearing the mined areas, "there are thousands upon thousands of mines and unexploded ordnance along the line of contact and some models are modern, including mines prohibited by the international convention, as the Russian side deliberately did not sign and did not consent to their destruction and is now using them in the areas of Donetsk and Luhansk under the control of Ukraine”.

Last autumn, some demining works were successfully completed in rural areas around the villages of Stanytsja Luhanska, Zolote, and Petrovske: the arsenal of ammunition found amounted to about a hundred explosives, subsequently destroyed by military engineers and deminers. Yet, despite agreements and negotiations between the governments of Kiev and Moscow, the ceasefire is not respected and the mines continue to threaten the lives of the locals.

A truce that lasted one day

On July 22, a videoconference was held by the Trilateral Contact Group for Donbas – formed by Ukraine, the Russian Federation, and the OSCE – which established a global ceasefire for July 27, complete with a ban on offensive operations and reconnaissance, under penalty of disciplinary action for any violation. However, despite the 24-hour truce being respected by both sides, the fighting resumed immediately in the following days.

Furthermore, the agreement regarding the withdrawal of heavy weapons and the demining of twenty new sites – a plan previously agreed upon at the Paris summit of the Normandy format on 9 December 2019 – was not respected by the Kremlin-controlled separatist forces. This was stated by the permanent representative of Ukraine to the UN in Vienna, Jevheniy Tsymbaljuk: "The most disturbing thing is that the Russian side refuses to approve the 13 areas already agreed for demining"; and stressed that "Russia and its representatives of the temporarily occupied regions continue to block any progress for the implementation of the Minsk agreements”.

The videoconference was also attended by the first president of independent Ukraine, Leonid Kravčuk, officially appointed head of the Ukrainian delegation – replacing Leonid Kučma – last July 30 by current Ukrainian president Volodymyr Zelensky, who has expressed satisfiaction with the choice. Leonid Kravčuk, while remaining cautious, declared  that he is ready to compromise with Russia on Donbas: "There are things, however, on which one cannot compromise, and these are sovereignty, territorial integrity, independence, inviolability of borders. These issues are non negotiable, as they are principles defined by international law".

In June, the Ukrainian parliament passed Law 2618 in order to simplify demining operations and consequently reduce the number of civilian injuries and deaths in eastern Ukraine due to mines and unexploded ordnance. The law will better coordinate the fieldwork of local and international organisations, made complex in many areas by the open fire and the ongoing conflict.

Both military and civilian experts working on the issue of demining in Donbas say it could take decades to return to normal and allow citizens safe access to the land and natural resources of this basin. The main difficulties are the size and danger of the mines: it is not yet known exactly where and how much ammunition is hidden in the east. Furthermore, not everyone realises the gravity of this situation. “This problem is underestimated : if an explosive object is left near Pokrovsk or Slovjansk, it is dangerous. Every life is precious. Hundreds, thousands of hectares have to be crossed to find even a single explosive object or mine", said Vadym Černyš, current minister for the reintegration of the temporarily occupied territories of Ukraine.