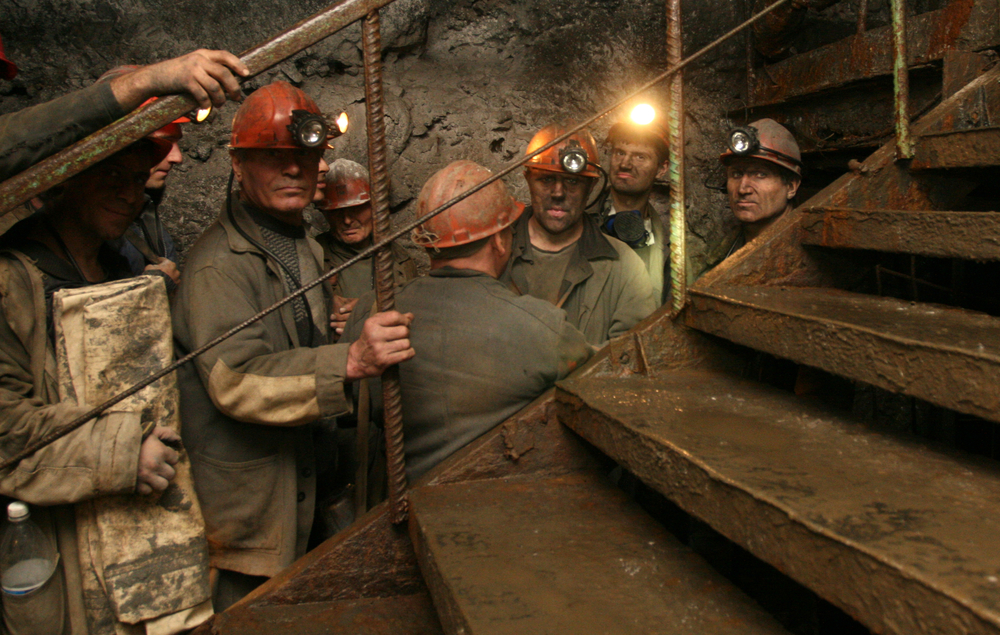 (This article is published in collaboration with EastJournal )

On June 5th, in the separatist republic of Luhansk (LNR), over 120 miners demonstrated against local authorities and the managers of the para-state extraction company for which they work: they have not received wages for three months. The protest took place in the very bowels of the Komsomolskaja mine, that they refused to leave, barricading themselves inside the rock bastion.

The response, in the wake of the security measures linked to the Covid-19 emergency that has also tightened the separatist Donbas in its grip, was the announcement of a "new" lockdown, primarily aimed at isolating the strikers in the mining towns of Antratsyt and Rovenky, denying them access to relief and any social or health care. Local authorities have even blocked social networks and telephone lines in the area in order to prevent the spread of news related to the miners' protest – a doubly dangerous gathering in their eyes. In order to prevent further demonstrations, the authorities of the separatist republic have also announced the introduction of fines equal to 5,000 Russian rubles (about 64 Euros) for any delay in work; in addition, the wages of all participants in the strike will be reduced twice – down to a trade union minimum of 9,000 Russian rubles per month (about 115 Euros).

Despite the measures taken by the institutions of the separatist republic, news circulated and already in the following days the workers of some neighbouring mines joined the strike. On the evening of June 7th, the first arrests began, which involved not only the miners themselves, but also activists and supporters as well as some wives of those workers who were trying to organise and turn to international bodies such as the OSCE. In many cases the detention took place without a warrant, without respecting any police protocol.

Meanwhile, on June 13th, the miners of Komsomolskaja went up to the surface, having obtained at least the guarantee of receiving the entire salary of the month of April (around 20,000 Russian rubles, about 255 Euros). Elsewhere, the strike has been going on for over two weeks, but nevertheless the media of the local separatist republics continue to ignore the situation or, when they do not, they discredit the strikers, talking about "instigated protests", brought out from outside.

In Kiev, however, the Ukrainian Ministry for the Reintegration of Temporarily Occupied Territories is trying to attract the attention of international missions such as the OSCE and NGOs operating in the Donbas, since all of this represents a direct threat to the life and health of Ukrainian citizens residing in these areas still out of central control. An international solidarity campaign for miners was launched a few days ago.

Finally, on June 19th, the Donbas liberation Committee, which brings together citizens of the occupied areas, finally addressed the President of the Ukrainian Parliament, Dmitrij Razumkov, and the Ombudsman for Human Rights, Ljudmyla Denysova, with an appeal that requires the government Ukrainian and international organisations to intervene in the republic of Luhansk as the rights of workers are being violated in the mines of Nykonor-Novaja, Komsomolskaja, Partizanskaja, and Molodogvardeijskaja.

The Donbas basin is very rich in mineral resources – the main source of sustenance for this region which, in particular in Soviet times, underwent a fervent industrialisation process. Although increasingly obsolete, the extractive supply chain has also ensured an independent energy source and economic prosperity to independent Ukraine.

The conflict and the proclamation of the autonomy of the Donbas separatist republics, however, caused a sharp setback for this sector: the war between the Ukrainian and separatist armed forces supported by the Russian army, which has been going on for six years now, has caused over 14,000 military and civilian deaths. This figure continues to grow according to OSCE estimates, plus the damage reported to buildings and infrastructure – including mines – which is not only a serious problem for the environment, but also a threat to the working and safety conditions in the mines. Many of them are at risk of closure, as they are no longer profitable, and the miners are dismissed or forced to leave as wages are not paid. The alternative, inconvenient for the authorities, is striking in defense of workers' rights against that separatist government which, in its total disregard of the inhabitants, deprives them of their means of livelihood, uses repression, intimidation, and terror against those who oppose.

According to estimates of the Ministry for the Reintegration of the Occupied Territories, until 2014 in the two separatist republics of Donetsk and Luhansk lived approximately 5 and 2 million inhabitants respectively.Today, the government counts a total population of 1.6 million: since the beginning of the conflict, it seems that a not insignificant percentage of inhabitants have left Donbas in search of a better life elsewhere – in Ukraine, Russia, or Crimea. As reported by the UNHCR, Ukraine is the ninth country in the world by number of so-called IDP (Internally Displaced Persons): government estimates speak of at least one and a half million citizens who left their homes following the conflict in the east of the country, moving elsewhere within state borders.

The organisation of the mines

The reasons that pushed the miners to strike are closely linked to the new "organisational" structure of the mines, which threatens the region's economic stability, already declining due to the war and, recently, the global pandemic. In fact, the executive boards have recently changed and there have been numerous cuts: these are self-explanatory signs of how the primary industry of Donbas is today on the verge of bankruptcy. Those who remain continue to work hard and in increasingly precarious conditions, with the ever dimming hope of receiving a salary at the end of the month.

The first concrete difficulties of the region's mining industry date back to 2018 and could be linked to the disappearance of the ex-leader of the separatist republic of Donetsk, Aleksandr Zacharčenko. Following his death, in the self-proclaimed republics, the balance of power changed: some local structures associated with Ukrainian oligarch Sergei Kurčenko gained control of both the mining and metallurgical industries; suddenly, the primary pillars of the local economy were concentrated in two hands.

In August of the following year, many mines in the Donetsk region ran out of capital, leaving miners without wages for months. Thus began the first protests and the first letters of appeal circulated by the "miners' committees" to the local government and to Russian President Vladimir Putin. In April 2020, a reorganisation of mining companies was launched to try to save what could be saved, but the debt figures of the self-proclaimed republics are a problem: they are close to 8 billion rubles. Local authorities have no liquidity, while most of the mines have been closed – also due to some significant environmental problems.

Meanwhile, the debate around the conflict seems to have ended internationally, but the region is still affected by a "hybrid war" that continues to claim victims, and international leaders do not seem to be striving for its effective resolution.

On December 9th, the leaders of Russia, Ukraine, France, and Germany met in Paris to agree on a series of steps necessary to resolve the armed conflict in Donbas. More than six months have passed since the summit of the "Norman quartet", but, as usual now, the agreements made have not been fully respected: "Except for the two exchanges of prisoners, not much has been done, despite the constructive approach of the Ukrainian leadership", reported Ukrainian news agency Ukrinform, citing speeches from the meeting of the OSCE Permanent Council on June 18th.

European diplomats once again stressed the need to reach full ceasefire as soon as possible in order to find a peaceful solution to the conflict and restore Ukraine's sovereignty and territorial integrity within its borders as they are recognised internationally. In this regard, on June 17th, head of the Ukrainian President's office Andriy Yermak assured that the country had done everything to guarantee the will to respect these agreements; he also added that he expected a second Quartet meeting in the coming months.

Based on this lack of progress, EU member states have decided to renew the sanctions to Russia, imposed in 2014 following the annexation of the Crimean peninsula, for another twelve months.